Leaders of German cities and towns have raised alarm over increasing threats of violence. Defense Minister Annegret Kramp-Karrenbauer has said the numbers may be worrying, but arming local leaders is not the answer. 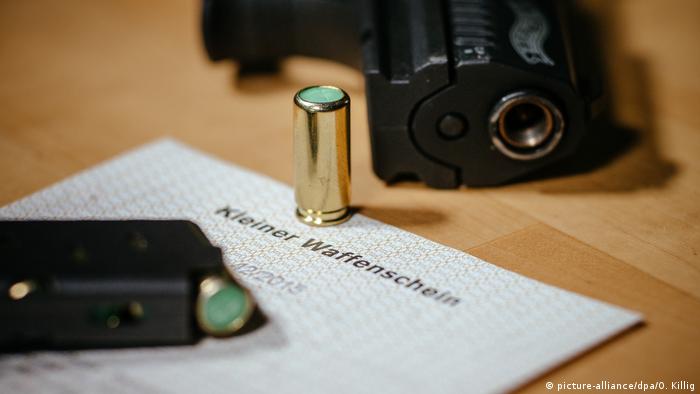 Local politicians in Germany are increasingly being threatened with violence, and German Defense Minister Annegret Kramp-Karrenbauer has said the state should take more action to ensure their protection.

In an interview published Tuesday by Germany's Funke Media Group, Kramp-Karrenbauer said protecting local politicians is the "duty of the state." She added, however, that she does not support arming them with guns.

Christoph Landscheidt, the mayor of the small community of Kamp-Lintfort in western Germany, recently applied for a gun license, after saying that he was being threatened by the far right. Landscheidt's application was rejected, and he has appealed the ruling at a district court.

"If local politicians are particularly at risk, then they must receive appropriate protective measures from the government," said Kramp-Karrenbauer. "It doesn't matter if they are active on the federal, state or local level." Earlier, an Interior Ministry spokesperson said arming politicians would only be acceptable in exceptional cases.

On Monday, an umbrella group of Germany's cities and communities said local officials are very concerned about the rising threat level for politicians. According to German weekly newsmagazine Der Spiegel, the number of violent attacks against local leaders has risen 25% over the past two years.

Burkhard Jung, the president of the Association of German Cities and mayor of the eastern city of Leipzig, said more and more local officials are being threatened and harassed, especially on the internet.

"We cannot allow any space for hate and violence — we need to oppose this resolutely as a society," Jung told Redaktionsnetzwerk Deutschland, an association of German-language news outlets.

"We need to consistently report all criminal incidents, and the judiciary is obliged to punish criminal offenses as quickly as possible," Jung said.

Kramp-Karrenbauer said the increase in violence was "worrying" and "a sign of the changing climate in our society."

Last June, Germany was shocked by the murder of Walter Lübcke, a regional government leader from the central city of Kassel who was shot and killed outside of his home by a right-wing extremist.