Thousands of refugees are suing Germany | Germany | News and in-depth reporting from Berlin and beyond | DW | 04.01.2017

Thousands of refugees are suing Germany

Experts believe the number of asylum-related court cases could triple in 2017. Many refugees going to court are Syrians who aren't in danger of being sent back. But they want to make sure their families are safe, too. 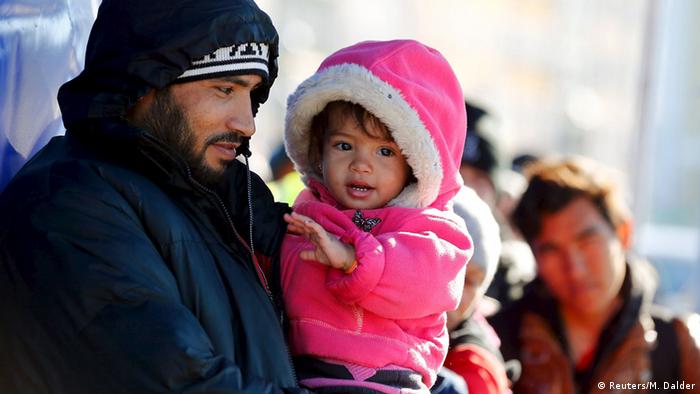 More and more refugees are taking their grievances with the German asylum system to court. In the state of North Rhine-Westphalia alone, there were roughly 47,300 asylum cases in 2016, up from 21,300 the year before. That means the numbers more than doubled and there's no end in sight for the upcoming year.

Robert Seegmüller, head of the Association of German Administrative Judges, said that he expected the number of refugee court cases in Germany to at least double again in 2017. That's the conservative estimate. Seegmüller told newspaper "Rheinische Post" that 2017 could also see as many as three times the asylum-related court cases brought before a judge in 2016. 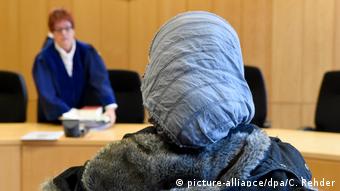 Some refugees are suing the Federal Office for Migration and Refugees (BAMF) because of inaction. They have been waiting for up to a year for the BAMF to even start processing their applications - and before the applications have gone through the process and been approved, refugees aren't allowed to start looking for work or even take German language classes.

But a growing number of Syrian refugees are suing, basically, for the right to be reunited with their families.

Subsidiary protection and its stipulations

In March 2016, the German government passed new asylum regulations. They included a new rule that granted many refugees from Syria subsidiary protection instead of full asylum. Subsidiary protection is granted to those who cannot show that they have been personally persecuted. Germany won't send Syrians back to their war-torn country, but the German constitution only grants right of asylum to people who are politically persecuted. It doesn't apply to people fleeing general situations like civil war.

Previously, Syrian refugees received special treatment and were usually granted asylum. But this changed with the new law introduced last spring. Now many receive subsidiary protection status instead of asylum, which means they only get a one-year-permit before they have to apply again. With asylum status, that time period is three years. The other core difference: With subsidiary protection, refugees have to wait two years before they are allowed to bring their family to Germany.

Bernd Mesovic, the deputy director of the refugee rights NGO Pro Asyl, is critical of the law. He told DW that his organization tried to prevent the government from passing it. When that didn't work, Pro Asyl warned politicians that they would be facing a flood of law suits. 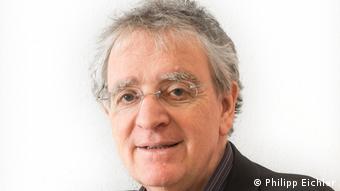 Mesovic: we want to go back to allowing refugees to bring their families to Germany

"These people are trying to get together with their families," Mesovic said. "If we were in their situation, we would do exactly the same."

By December 2016, around 36,000 people had already gone to court hoping to turn their subsidiary protection status into full-fledged asylum.

States are left with the bill

In the first three quarters of 2016, Germany gave out 50,000 visas to individuals who wanted to join their non-German family members in Germany. In 2015, that was the number for the whole year. Mesovic says it's not surprising that more and more people are suing for the right to reunite with their families as well.

"The wait is grueling," he said. "And it's not just two years. After that waiting period, the family members abroad need to apply to come to Germany. And even getting an appointment for that in a German embassy in one of Syria's neighboring countries takes forever."

The growing number of lawsuits is also a problem for the administrative courts.

"In some states, the situation is dramatic," Judge Association director Seegmüller said.

He believes that the courts don't have enough personnel to deal with the exponential work increase. But while the German government passed the subsidiary protection regulation that's partly responsible for the wave of lawsuits, it is not responsible for employing more judges. That's on the 16 states' governments. The Pro Asyl deputy director is angry about that.

"The German government got us into this situation," Mesovic said. "But it's the states that have to pay for it."