They hoped to mark Jewish New Year but confusion over coronavirus travel rules have left them stranded. Ties between Ukraine and Belarus are already strained. This incident hasn't helped. 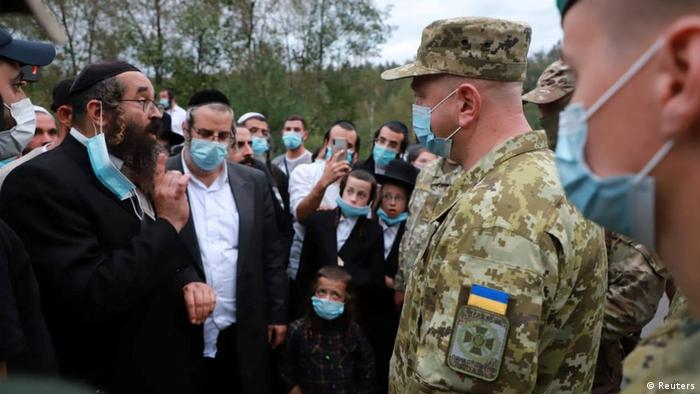 More than 2,000 Hasidic Jewish pilgrims gathered at the closed Ukraine-Belarus border on Wednesday. The incident led to standoffs with border guards and stoked tensions between the two countries.

Ukrainian authorities on Wednesday accused their Belarusian counterparts of giving the pilgrims false hope. They had "believed rumors" about entering Ukraine despite strict coronavirus travel restrictions, according to Kyiv.

Tens of thousands of Hasidic Jews head to the central Ukrainian town of Uman every Jewish New Year — which is between September 18 to 20 this year — to visit the tomb of Rabbi Nachman, the founder of Breslov Hasidism.

Ukraine has banned foreigners from entering until late September because of a spike in COVID-19 cases.

The believers ignored warnings from the Ukrainian and Israeli governments and attempted to bypass the restrictions by traveling via Belarus. 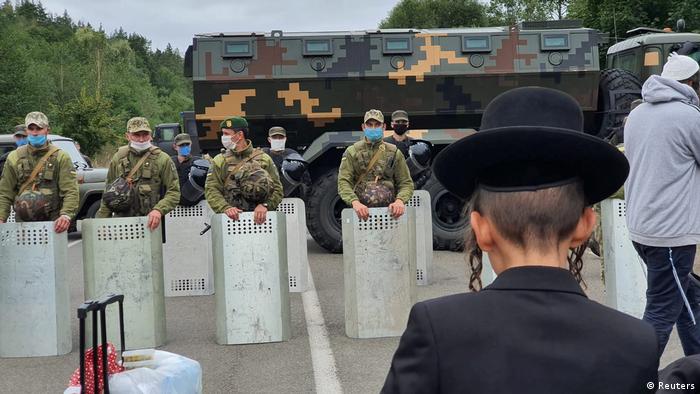 The pilgrims, from countries including France, the US and Israel, are currently between border checkpoints after the Belarus side let them through.

Hundreds of law enforcement officers have been deployed on the Ukrainian side in the northern Chernigiv region, a correspondent for news agency AFP reported from the scene.

"I respect your traditions and customs, but this year you will not be able to get to Uman. I am ready to repeat this, if necessary, a thousand times," the head of Ukraine's border guard Sergiy Deyneko told pilgrims in an official video released on Wednesday.

"We call on the Belarusian authorities to stop creating additional tension on the border," a statement by the Ukrainian presidency said.

Belarus President Alexander Lukashenko, who has been the target of recent mass anti-government protests, proposed a bus transit-corridor for the pilgrims to reach the holy sites in Ukraine.

The incident comes amid strained ties between Belarus and Ukraine after Lukashenko accused Kyiv of stoking the political unrest in his country. Thousands have been taking to the streets in regular protests in recent weeks following Lukashenko's re-election in disputed polls.

Kyiv temporarily withdrew its ambassador following the election and later said the election was "dubiously" organized, a comparatively mild criticism compared to those from the EU or other neighboring countries. 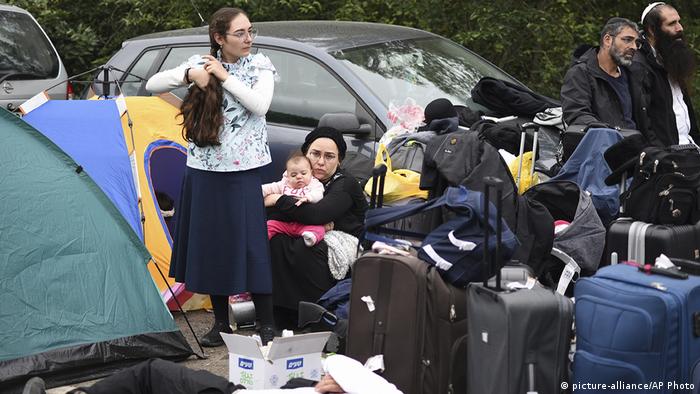 Ukraine and Belarus said they would provide for the pilgrims, but those at the border say they have been left cold and hungry