Borussia Dortmund have dived head first into the transfer market as they seek to challenge Bayern Munich. The club have already loaded up with three stars from Bundesliga rivals. DW looks at their potential roles. 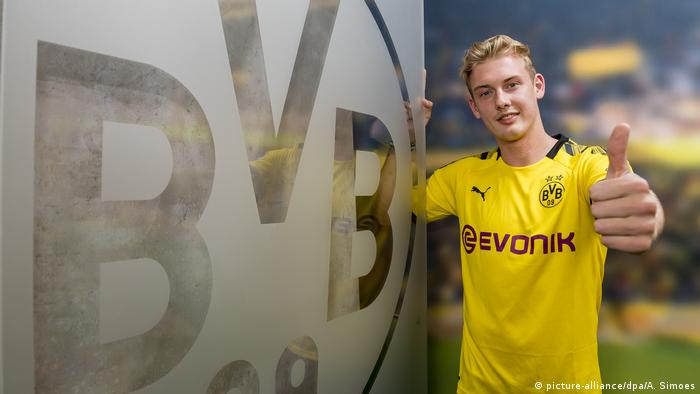 Not one, but two Hazard transfers were among the biggest rumors leading up to this summer's transfer window. Yes, Real Madrid are sure to want Chelsea's Eden — but Borussia Dortmund have been after his little brother Thorgan (pictured above, right) for some time too. On Wednesday it became official, with BVB announcing the former Gladbach midfielder had signed a five-year contract.

The 26-year-old, who said prior to the deal becoming official that he was looking forward to teaming up with countryman Axel Witsel, has improved his productivity in each of his five Bundesliga seasons with the other Borussia. This past season he scored 13 goals in 35 matches in all competitions 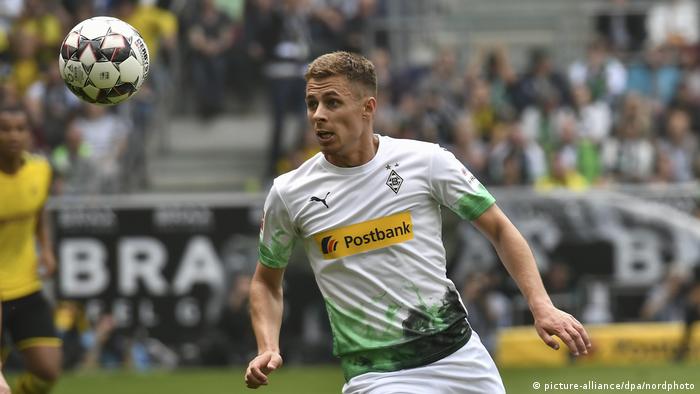 Hazard can play on either flank for BVB, and will provide more experience for a team who relied on the teenage talents of Jadon Sancho (above left) and Jacob Bruun Larsen for much of this season.

The Belgian international is one of three early moves for Dortmund, whose near-miss in the Bundesliga title race appears to have emboldened the club on the transfer market.
Julian Brandt — Reus' playmate

Just hours after BVB announced the purchase of Hazard, the club confirmed the move for Leverkusen attacking midfielder Julian Brandt (pictured, top) has also been completed. The 23-year old Brandt moves from the Rhineland to the Ruhr district on a €25-million release clause, and like Hazard has signed a contract that will keep him at the club until 2024.

The versatile playmaker had struck up a remarkable partnership with teenage sensation Kai Havertz at Bayer Leverkusen this past season, scoring seven goals and laying on 14 assists in all competitions.

Brandt broke into the Germany team after the 2016 Euros and Dortmund will hope he can relieve Marco Reus of some of his creative duties in the final third. Dortmund's main attacking impetus still comes from a 29-year-old whose career record with injuries is patchy, to say the least.

Brandt would give Lucien Favre more options in attacking midfield, and might even allow the coach to consider playing Reus at the tip of the spear. Though happiest in the center, Brandt is also more than capable of occupying either flank in Favre's 4-2-3-1 formation. 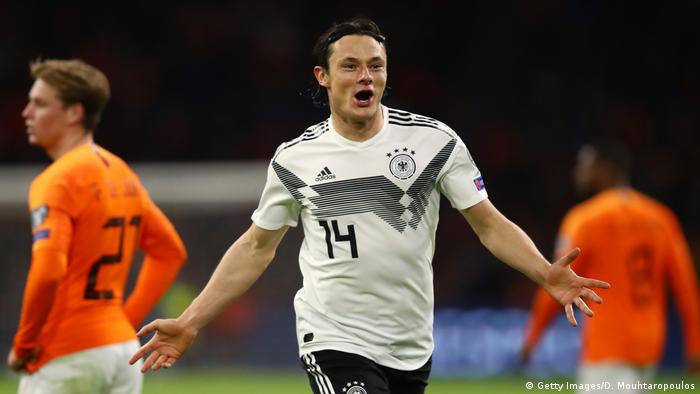 On signing, Schulz said: 'I believe that I can help the team with my style of play'

Dortmund's first announced reinforcement came from Hoffenheim, with the club confirming the signing of left-sided defender Nico Schulz on Tuesday. He signed a five-year contract for a reported €27 million transfer fee.

While he can no longer be considered a youngster at 26, he developed quickly during two seasons under Julian Nagelsmann and broke into the German national team setup in that period.

Real Madrid loanee Achraf Hakimi consistently kept Dortmund mainstay and club captain Marcel Schmelzer out of the team this season. But with the highly-rated Morocco international signaling his intent on returning to Spain, now that task at left back could fall to Schulz on a regular basis.