The Salzburg Festival defies the coronavirus

The prominent Austrian festival of music and drama was one of the very few to take place at all: Impressions from the last days at the Salzburg Festival.

On the Salzburg Festival's penultimate day, the Festspielhaus is nearly full. Onstage: the Vienna Philharmonic, not downsized, as other orchestras have been during the pandemic, but in full force and not socially distanced. With guest conductor Gustavo Dudamel, they play Igor Stravinsky's "Firebird" and are joined by soloist Evgeny Kissin in Franz Liszt's Piano Concerto No. 1.

It's a nearly two-hour program with the full spectrum of aural colors, from delicate, fragile moments to eruptions, a sumptuous sound fest. Nothing was missing, except for one thing: coughing between the movements.

Yes, that bane of classical music performances, where the audience, otherwise stoically quiet, normally releases pent-up energy in a large crescendo: In the era of the coronavirus, so much as a clearing of the throat would be met with annoyed glances — or worse. It's an indication that in this exceptional season, concert goers are being particularly careful and responsible. 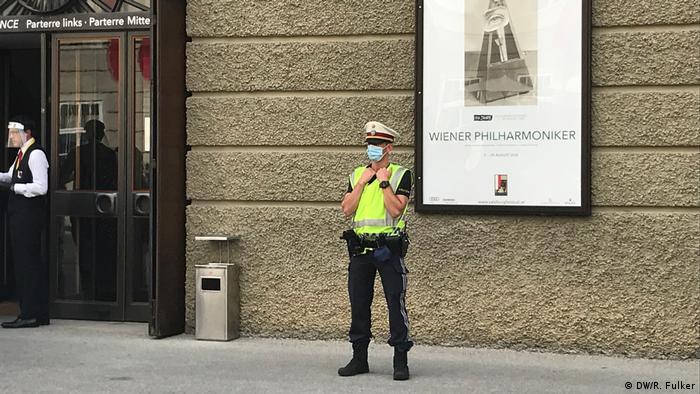 Personnel lend a feeling of security

A festival during the pandemic? It works.

After months of abstinence, finally a fest for listeners and musicians starved of the concert experience. Of the originally announced 240,000 tickets, 80,000 remain in the scaled-back program, printed or scanned from a safe distance and cross-checked with attendees' identity cards.

The Festspielhaus, the House of Mozart and the Felsenreitschule are dotted with disinfectant dispensers. No receptions, no champagne bars. Something else is different too: Salzburg is friendlier and more accessible now. Rather than jet-setters in black limousines, one encounters friendly faces and thoughtful personnel. At a press conference, Festival President Helga Rabl-Stadler personally and individually thanked press representatives for having had the courage to come. 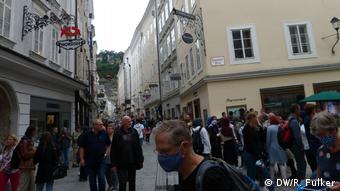 Salzburg's narrow streets in the year of the pandemic

Venues and times were calibrated and intermissions dispensed with to prevent mass gatherings on the "Street That Means Humanity" in front of the Festspielhaus complex. Otherwise, the city of Mozart's birth appeared as in any other year: narrow streets and even narrower passageways filled with people — unlike in Germany, only a few of them wearing protective masks.

The Salzburg Festival's 100th anniversary will go down in history. By its end on August 30 there had been no known spike in infections; for a final analysis, one will have to wait another 10 to 14 days. A single staff member, an intern, had tested positive in early July. Measures were taken, and the virus apparently contained.

"You see and feel that the people — whether musicians or audience members — are here because they really want to be," said Daniil Trifonov, having made the journey from his current home, New York. The Russian star pianist played an elaborate program titled "Decades" with music from eight decades of the 20th century, from Alban Berg to Bela Bartok, Olivier Messiaen and Karlheinz Stockhausen to John Corigilano.

After rendering the intermission-free mega-playbill, the 29-year-old took his bows, clearly exhausted but happy after a months-long hiatus. "To get back to a certain regularity of live performances will be advantageous," the pianist told DW in his very understated manner. 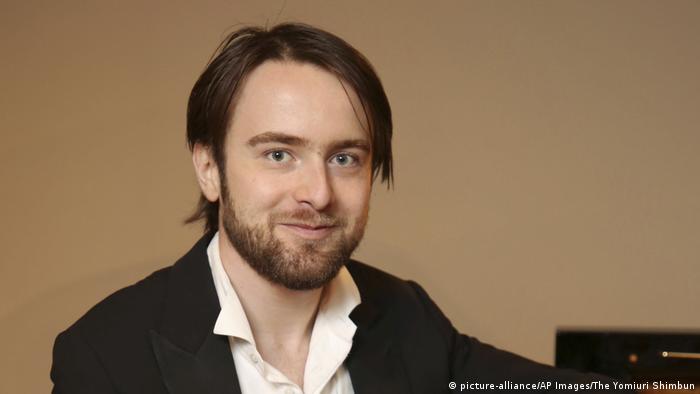 His playing, though, is anything but down to earth: In it, one hears many notes, but also images, elemental forces, even voices. Not only tours, also a recording project was put on hold this year: a CD with works by his favorite composer, Alexander Scriabin. Trifonov used the downtime to revisit music he hadn't touched since his teenage years.

If no hearing aid, then earplugs

"An afternoon like this is a huge motivator because it shows what's possible," said the Austrian percussionist Martin Grubinger. With his Percussive Planet ensemble, he rendered works by Iannis Xenakis and Steve Reich. And taking more sensitive audience members into account, ear plugs were passed out so that the musicians could fully interpret spots in the score of "Tutuguri IV" that the composer Wolfgang Rihm indicated are to be played "painfully." 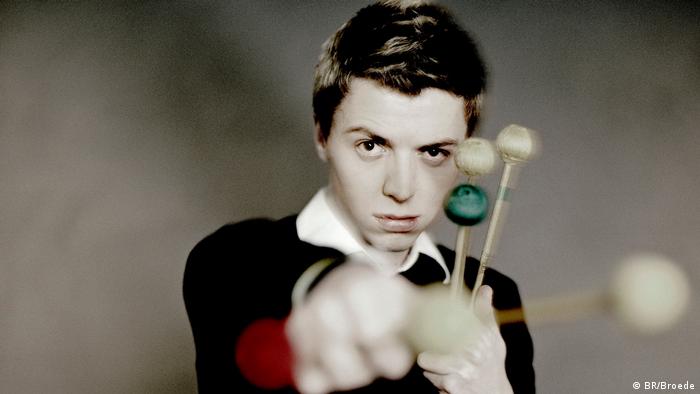 Martin Grubinger feels that art must be relevant

When the shutdown came in March, Grubinger felt relief at first: tours cancelled, there was suddenly time "for the family, to read War and Peace and learn Italian." But after a couple of weeks, it was different: "Something strange is going on here," he recalled feeling. "One feels restless, constantly checking the news reports."

Grubinger and his cohorts then rented pickups and drove to Austrian villages to give free impromptu concerts for residents, initiated online projects and intensified teaching activities. "After an unbelievably intense summer we said, 'We haven't worked so much in years.'"

While making the fragile nature of the music business clear, the coronavirus situation pointed out a possible new direction, explained Grubinger: "We've been remiss in recent years in making serious music relevant to all sectors of the public. If we interpret the signals correctly, it will now be a matter of serving a broader and more local audience rather than planning the next Asia tour."

The relevance of art

Giving meaning to people's lives was a tenet of the Salzburg Festival when it was founded 100 years ago: After the catastrophe of World War I, people were searching for orientation and finding it in the arts. In the 2020 season, festival planners probed what is possible in arts dissemination — and perhaps pointed a path ahead.

Nonetheless, a second pandemic year would be difficult for even this festival to survive in its present form with its three pillars of theater, opera and concert. Nearly 70% of the budget is covered by ticket proceeds; Salzburg has among the lowest rates of public subsidy and corporate underwriting of any major festival. 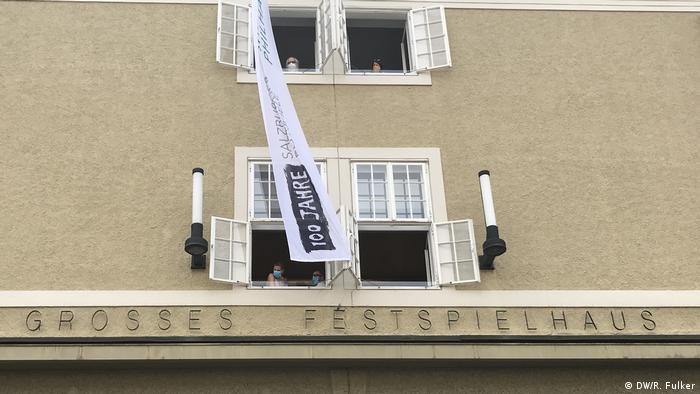 In its 100th year, no normal season for the Salzburg Festival

Near the end of the season, the program of next year's four-day Pentecost Festival edition under the direction of Cecilia Bartoli was announced. The thematic focus will be on the Italian soprano's home city, Rome. Salzburg is looking towards the future.

Beethovenfest hosts one and only show in building site

Amid the coronavirus closure of the 2020 Beethhovenfest, the Rimini Collective artists group will host a "theatrical inspection" at Bonn's storied Beethovenhalle, now a construction site.