The Russian love affair with Goa

The Indian state of Goa attracts 2.4 million tourists annually, out of which half a million are foreigners. Among these foreigners, Russians have become the largest group. 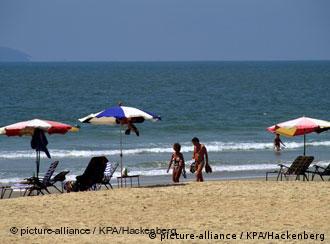 The Indian state of Goa is a big attraction for foreigners

The Russian love affair with Goa started as a trickle at the turn of the century. Today Russian tourism turns out to be the fastest growing market for sunny Goa.

Goa’s tourist season starts from October and lasts until March. In the current season, more than 65,000 Russians are expected on 800 chartered flights - even from smaller cities like Yekaterinburg and Novosibirsk.

Historical ties between the former Soviet Union and India have formed the basis for a strong connection. And with the opening of the Russian markets, more and more Russians are travelling to India, with Goa as their favourite haunt. 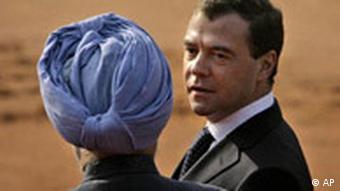 A Russian tourist told Deutsche Welle what makes Goa so unique: "From my personal experience I can tell that Goa gives you such a great feeling of freedom which is great for Russians. For 70 years we used to live in a country where freedom was a legend. ...you couldn’t talk to anyone freely. You couldn’t travel freely. You always had to obey some rules. And then you go to Goa - no one is asking anything. I think this is a very special spirit of Goa."

But some say that Russian crime has also made its way to Goa through the tourism industry. Russians buy large tracks of land in villages like Arambol and Morjim which the locals have dubbed "little Russia." Some of the land deals are under scrutiny from the federal authorities for having contravened several laws. The Indian media speaks about a "Russian mafia phenomenon" emerging in Goa, and about conflicts between Russians and the locals.

Dr. A. Xavier, President of the Indo-German Friendship Society in Goa is convinced that the "Russian mafia" is presently the strongest criminal group in Goa and is facilitated by the local politicians.

"Surely the majority of the Russians coming to Goa have nothing to do with the mafia. But it is there," according to Xavier. "In my opinion this Russian mafia is severely disturbing the Goan society; without the protection of the government of Goa, the Russian mafia wouldn't have a chance here in Goa. The main people responsible for this situation are the Goans themselves."

Huge Goan rave parties are world famous. Xavier presumes that a prohibition of these parties would mitigate the influence of Russian criminals. "Which corrupt politician in Goa would have the courage to forbid the rave parties in Goa? Rave parties in Goa mean drugs and sex. And that is the point where the Russian mafia is increasingly active." 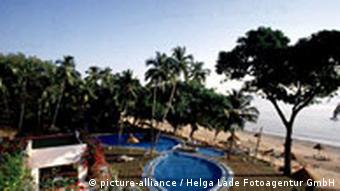 On the other hand, Ralph De Souza, President of the Tourism and Travel Association of Goa, argues that Goa is still safe. He denies that a so called "mafia" is active in Goa. "Crimes are only stray incidents and this is not of great concern since the level has declined recently." He argues that he has not seen any gangsters in Goa and the word mafia creates the wrong images. "That gives the impression that there are gun fights and street brawls and we have never experienced a single thing like this."

Indian authorities have recently reduced visa validity periods for visitors and introduced a number of other tough restrictions in order to curb illegal activities.

Is Goa still a safe place?

With sand, beach and sun, Goa is one of the most sought after tourist destinations in the world. But India’s beach tourism capital that attracts millions of people every year is getting overcrowded. (20.10.2010)

China and Taiwan: From free trade to free travel

One sector that is not often mentioned in conjunction with China's economic growth is tourism. Recently, Taiwan and China signed their largest free trade agreement ever and now there is talk of a "free travel" agreement. (28.10.2010)

Prime Minister Najib Razak has declared Friday a public holiday after Malaysia beat Indonesia 4-2 on aggregate in the two final matches. Malaysia had never won the cup since it was introduced. (30.12.2010)