The Reagan-Thatcher revolution | News and current affairs from Germany and around the world | DW | 11.04.2013

Margaret Thatcher and Ronald Reagan were widely regarded as political and economic soulmates. As Martin Feldstein writes, both should be credited with revolutionizing and reforming their respective economies. 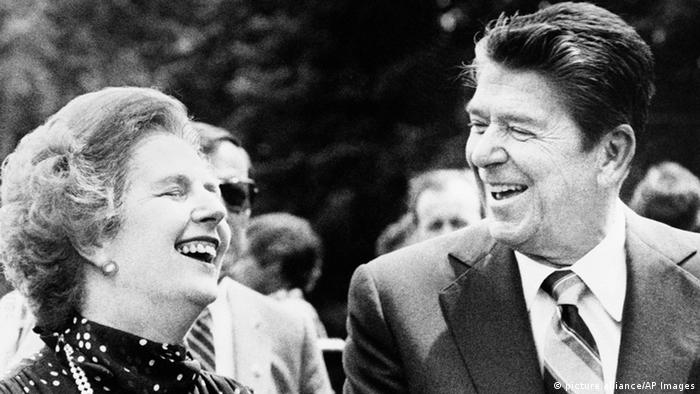 Thirty years ago Ronald Reagan and Margaret Thatcher brought about a revolution in thinking and policy in both economics and foreign affairs. The economies of the United States and Britain are today fundamentally different because of what they did. The collapse of communism in Eastern Europe and the former Soviet Union is also the result of their policies. Of course, Reagan and Thatcher have always had their critics, some of whom now believe that the world economy will revert to pre-Reagan and pre-Thatcher policies. But anyone who recalls what the American and British economies were like before Reagan and Thatcher, and who knows the changes that they introduced, must also recognize that the world cannot go back.

I had the good fortune to work with President Reagan as his chief economic adviser. Because of his close relationship with Prime Minister Thatcher, I also had several opportunities to meet with her. They were revolutionaries in their thinking and in their ability to inspire others to accept fundamental change. Reagan had four key economic goals when he assumed office in 1981: reduce inflation, reduce high personal tax rates, reduce the size of government, and reduce regulation of the private sector.

Inflation came down rapidly, from more than 10 percent in 1981 to less than 4 percent in 1983, because Reagan backed the tough monetary policies of US Federal Reserve Chairman Paul Volcker. Today an inflation rate of close to zero is the accepted goal of US policy.

Reagan's tax policies reduced the top income-tax rate from 70 percent in 1980 to 28 percent in 1986. Although the top rate has climbed back to near 40 percent, no one proposes a return to pre-Reagan levels.

Although Reagan could not bring down spending on entitlement programs for retirees, America's non-defense discretionary spending was reduced by one-third, from 4.7 percent of GDP in the 1980 to 3.1 percent in 1988. It stood at 3.4 percent in 2008.

Finally, regulations were reduced in a wide range of industries, including air transport and the financial sector.

While some restrictions on banks will be imposed in the wake of the financial crisis, we will not see a return to severe regulatory constraints on banks' activities. 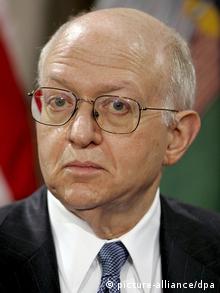 Reagan characterized the Soviet Union as an "evil empire" and increased defense spending to challenge Soviet aggression and capabilities. The collapse of the Soviet Union and of communism were, in part, dramatic responses to US policies and to the inability of the Soviet economy to keep up with the West. There will be no going back here as well.

When Margaret Thatcher became prime minister of Britain in 1979, she faced an economy with much more fundamental problems than those in the US. Britain was a much more socialized economy, with widespread government ownership and dominant trade unions. She privatized the major government-owned industries and sold government-owned housing to tenants. No one is proposing to renationalize industries or to take back that housing. Trade union power was permanently broken after long and painful national strikes.

The top tax rate on wage income was cut in half during her tenure as prime minister, falling from over 80 percent when she took office to 40 percent at the end of her tenure. Additional taxes on investment income meant the top tax rate before Thatcher came to power was initially above 95 percent. Although the top rate of income tax in Britain is currently at 45 percent, there is no thought of going back to pre-Thatcher taxes.

Faced with high inflation, Thatcher backed a monetarist approach that supported high interest rates and succeeded in sharply reducing inflation. Today Britain has an independent central bank with an inflation target of 2 percent. Thatcher supported Britain's entry into the European Union in order to benefit from free trade, but she forcefully opposed joining the single currency. The Labour government that followed her continued the policy of remaining outside the euro zone, as have the Conservatives under Prime Minister David Cameron. Indeed, the current - often heated - debate over the extent of Britain's future involvement in Europe and Cameron's demands to reform and water down the EU's influence on London, bears the hallmarks of the Thatcher years.

Financial deregulation made London a global financial center. Some of those regulatory changes may be reversed, but Britain is unlikely to jeopardize an important component of its economy by returning to pre-Thatcher financial rules.

Policies do evolve as conditions change and as we learn from experience. But the dramatic policy changes in the US and Britain under Ronald Reagan and Margaret Thatcher brought about such profound improvements that there is no going back.

Martin Feldstein, a professor of economics at Harvard, was formerly Chairman of President Ronald Reagan's Council of Economic Advisors and President of the National Bureau for Economic Research.

This is an updated version of a piece that first appeared in Project Syndicate. www.project-syndicate.org