The origins of the Germans′ special relation to the forest | Culture | Arts, music and lifestyle reporting from Germany | DW | 24.09.2018

The origins of the Germans' special relation to the forest

The Roman historian Tacitus noted that forests were a central part of German culture and identity. As activists continue to occupy the Hambach Forest, they are standing up for a national cultural icon. 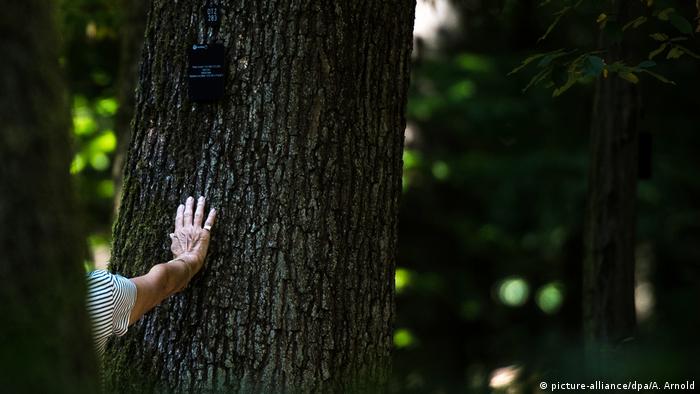 Inspired by the Black Forest where he was born, writer Hermann Hesse (1877 – 1962) wrote several tributes to the woods, such as in Wandering: Notes and Sketches:

"A longing to wander tears my heart when I hear trees rustling in the wind at evening. If one listens to them silently for a long time, this longing reveals its kernel, its meaning. It is not so much a matter of escaping from one's suffering, though it may seem to be so. It is a longing for home, for a memory of the mother, for new metaphors for life. It leads home."

About a century before him, Prussian poet Joseph Freiherr von Eichendorff expressed how the forest embodied freedom and the idea of home: "Gentle rustling in the treetops / Little birds flying afar / Springs bursting from silent peaks / Tell me where my homeland lies."

In German literature, the forest has often been portrayed as a place of happiness and contentment where people feel protected from social pressures and the chaos of everyday life. 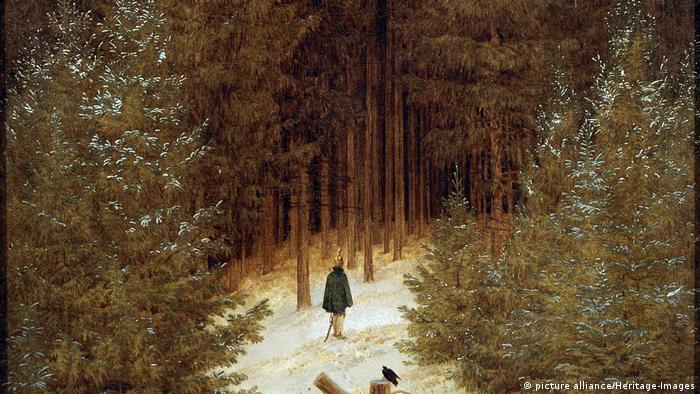 The Germans have long had a mythological identification with the forest that has only been strengthened over the centuries.

One historical event that strongly contributed to establishing this myth is the Battle of the Teutoberg Forest in 9 AD, when Germanic tribes defeated the might of the Roman army.

"Although we still do not know whether the Teutoburg Forest was the actual site of the battle, what's important is that it took place in a forest," says Detlev Arens, author of the book Der deutsche Wald (The German Forest).

The accounts by Roman historian Tacitus provide clues as to the location of the battle. "Tacitus described the land of the Germanic tribes as a terrible jungle filled with ugly swamps, which led him to conclude that the people were just like their land," says Arens.

Tacitus' interpretation of inhospitable woodlands continued to influence foreign perception of the area through the Middle Ages. People feared robbers waiting to attack them from behind trees. Ghosts and witches also ruled in the forest. It was the home of demons and mythical creatures that should be avoided. The humid, clammy forest air was also considered unhealthy.

But the rise of Romanticism transformed this image of the dark, fearful woods as forests became a dominant theme in poetry, painting and music — including in the fairy tales of the Brothers Grimm.

The German woods are where the Little Red Riding Hood meets the Big Bad Wolf, or where Hansel and Gretel are abandoned and find the evil witch's house. A group of mistreated animals have to travel through a forest before they become the Town Musicians of Bremen.

German Romanticism also stylized the forest as a symbol of unity, aiming to differentiate the country's identity from despised neighboring France. Along with its literary roots, this identification with the forest therefore also had political origins.

"The German forest was set in opposition with the French park," says Arens. "The Germans followed Tacitus' interpretation that their ancestors were robust people living in and connected with the forest, whereas the French lost this relationship with the woods. This was picked up in literature to represent them as a decadent people."

Later the Nazis exploited the Romantic interpretation of the forest by instrumentalizing it as a political symbol. People planted "German oaks" in honor of Hitler, and trees were even planted to form a swastika.

After World War II, the forest remained a place of yearning, symbolizing pure nature and authenticity; a place of rest to escape the bustle of modern cities.

Almost a third of Germany's total area is covered by forests. That area has actually increased by 50,000 hectares over the last 10 years — to around 11.4 million hectares — according to the German Forest Protection Association. Yet climate change and energy policy are threatening forested areas.

While the Hambach Forest in southwest Germany has famously become a symbol of the fight against coal-fueled power over the last six months, the ancient woodlands have been occupied by environmentalists living in tree houses for six years. As of mid-October, the German energy company RWE, which owns the land, plans to cut down the forest so it can expand its huge open-pit coal mine.

The forest is more than the sum of its trees: It is a central part of German identity and culture that has also become defining symbol of a sustainable future.

Can businesses learn from forests?

What secrets to success can forest ecosystems offer companies? German economic philosophers lead managers through a Munich woodland and explain what they can learn from fungi and dead trees. (30.07.2018)

Clashes broke out earlier this month when police tried to force out activists who have been occupying the forest as part of a protest against coal mining. Activists say there's more at stake than just the Hambach Forest. (24.09.2018)

Hambach Forest is silent with grief. After a video blogger fell to his death, the regional government has suspended evictions of activists protesting a coal mine expansion. Our DW journalist reports from on-site. (20.09.2018)

Germans are passionate about their forests. They really are. In a way that some non-Germans find hard to comprehend. Tamsin Walker trekked to the woods to try and tap into the source. (24.07.2018)