The NSU murders - justice at last?

For years, the crimes of the NSU terror cell went unnoticed. DW reviews the crimes themselves, the police investigation and a contentious courtroom decision and speaks with the victims' family members. 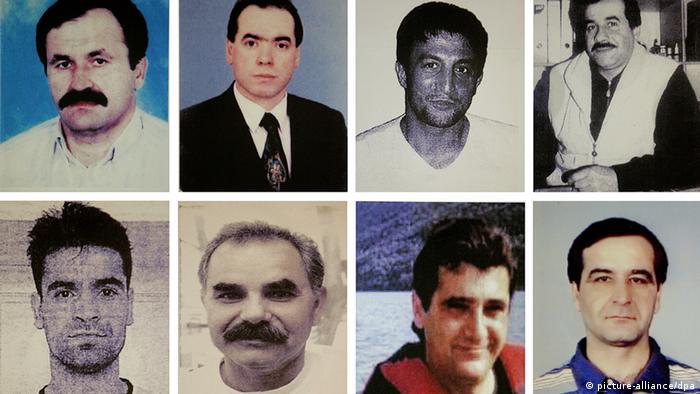 The murders started on September 9, 2000 in the southern German city of Nuremberg. Florist Enver Simsek was found dead in his shop. Now it is believed that Enver Simsek was the first of ten victims of the alleged neo-Nazi murder trio consisting of Uwe Mundlos, Uwe Böhnhardt and Beate Zschäpe. Zschäpe, the only surviving member of the trio, goes on trial April 17.

After Turkish journalists were not allotted seats in the courtroom for a closely watched neo-Nazi trial, Ankara issued a protest in Berlin. But can - or should - politicians be able to influence the courts? (03.04.2013)

Her father, Mehmet Kubasik, was the eighth victim of the so-called NSU murders in 2006. In the lead up to the neo-Nazi murder trials, daughter Gamze discusses the terror of the past and her current hopes. (02.04.2013)

A life under suspicion

Semiya Simsek, daughter of the first victim of the NSU terror cell, has written her autobiography. Ahead of the trial of accused terrorist Beate Zschäpe, she feels abandoned by the German state. (09.03.2013)

Former German Interior Minister Otto Schily has accepted political responsibility for a series of neo-Nazi murders committed while he was in office. However, he denied having personally made any mistakes in the affair. (15.03.2013)