The trial of accused NSU terrorist Beate Zschäpe begins in Munich on May 6. Although eight of the NSU's victims were Turks, no space has been reserved for the Turkish media in the courtroom. 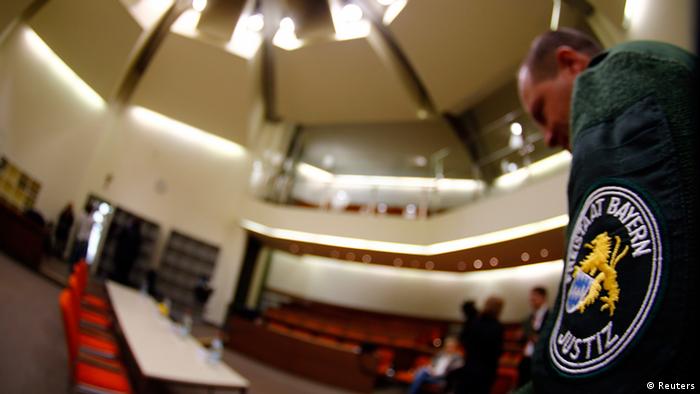 Some Turkish journalists could not believe their eyes when they saw the list: Among the media that have a guaranteed place in the courtroom during the NSU trial, not one is Turkish. "I find that surprising and disappointing," journalist Mustafa Görkem of the "Deutsch-Türkisches Journal" in Berlin said in an interview with DW. "It would have been good for the credibility of the court to create transparency here."

Eight of the ten murder victims of the right-wing extremist "National Socialist Underground" (NSU) terrorist cell were of Turkish origin, so the interest in the trial, among Turks, both in Germany and in Turkey, is very great.

Only 50 journalists will be allowed into the courtroom when the proceedings against Beate Zschäpe and accused supporters of the xenophobic NSU begin before the Munich Superior Court on April 17. Most major German newspapers, news agencies and broadcasters have a reserved seat. There are few representatives from international media; among others, the BBC and the New York Times were not admitted.

Applications for accreditation were considered "in the order they were received" the press office of the court announced. A total of 123 journalists have received accreditation, but only 50 have a permanent seat in the courtroom. The others will only be allowed in if a seat becomes available. Politicians and journalists' associations criticized this as bureaucratic, insensitive and incomprehensible. 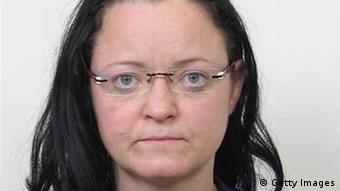 Beate Zschäpe is the only surviving member of the NSU trio

For Görkem, this is about much more than just reporting on a criminal trial. The racially motivated murders of the NSU terror cell are unique in the history of postwar Germany. "Many Turks have lost faith in the German security authorities. They feel aggrieved and betrayed," he said.

Given this background, it was important that Turkish journalists could watch the trial and even cover it from their perspective, helping to restore this lost confidence, he said. If they are not in the courtroom, the Turkish media will have to work with second-hand information. This is not conducive to proper reporting, he said.

There are far too little space in light of the vast national and international interest in this trial, the German Journalists' Association (DJV) said. "We think it's absurd that only 50 media representatives are accredited," DJV deputy spokeswoman Eva Werner told DW. "This does not put the German justice system in a good light." She called upon the court to seek new options. One possibility would be to allow proceedings to be televised into another room. But the court has so far rejected this.

Even many calls to relocate the trial to a larger building are considered unlikely because the original courtroom has already been remodeled and enlarged to 230 seats. Half of these are occupied by the many plaintiffs and their lawyers; in addition, seats have also been set aside for the general public. This has already led to some dispute, because the court did not save seats for the Turkish ambassador and the human rights ombudsman of the Turkish parliament. This drew criticism from the chairman of the parliamentary NSU investigation committee, Social Democrat Sebastian Edathy. It would be unacceptable for the Turkish ambassador to have to wait in the queue, possibly together with neo-Nazis.

Justice versus the media 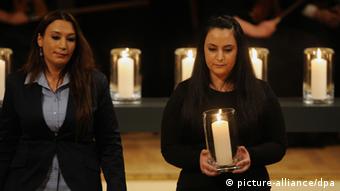 For the court, this is not only a question of space, but also of safety. Ultimately, the matter at hand is the right-wing extremist, xenophobic, "National Socialist Underground," whose alleged member Beate Zschäpe is on trial. Her two alleged accomplices committed suicide in 2011, when police were closing in on them. The trio is suspected of carrying out ten murders, numerous bombings, bank robberies and serious arson attacks. Zschäpe, who has remained silent, is accused of forming a terrorist organization. Prosecutors intend to show her complicity in the crimes of the NSU. According to the court, safety at the trial has priority.

For the foreign media following the case, however, transparency is more important. For them, the trial is an indication of how the German state is dealing with the xenophobic killings and what conclusions its draws from them. After the serious errors of the security services, which failed to detect the terror trio for many years, the expectations for a credible explanation are now understandably very high.