The neo-Nazi NSU terror cell, accused of 10 murders across Germany, evidently had more supporters than was previously thought. A list of their contacts is now up to 129 names. 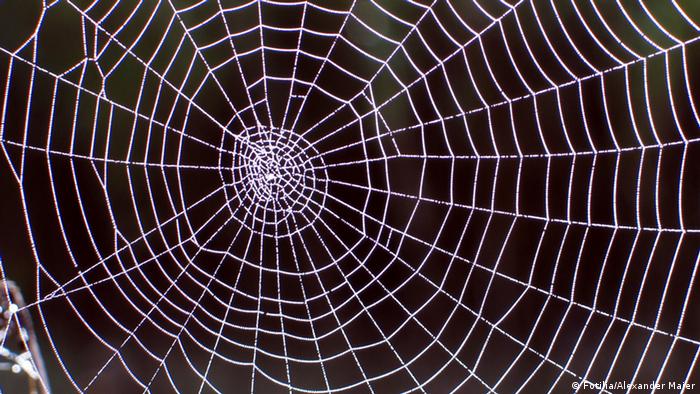 "We're moving from one horror to the next." Politician Hans-Christian Ströbele still cannot believe the extent to which the authorities in Germany failed. Right-wing extremists were able to get away with murder from 2000 to 2007.

Nine Turkish and Greek small business owners and a policewoman were killed. The group thought to be behind the killings, the "National Socialist Underground" (NSU), was only discovered at the end of 2011. Since then, politicians have been trying to figure out what went wrong.

Ströbele, who belongs to the environmentalist Green Party, is a deputy member of the parliamentary NSU committee, which is attempting to determine what errors were made during the NSU's killing spree. Initially, the assumption was that there had been a "terrorist trio" working in relative isolation. But it quickly became clear that the cell had numerous supporters and sympathizers. 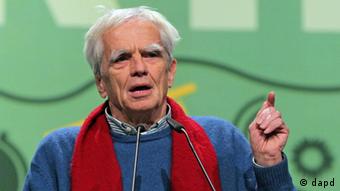 A contact list for the group's immediate and broader circles grew rapidly from 12 to around 100 entries. Now, more names have been added: the list currently has 129 entries. "What we can say already is that this was not a trio of lone wolves," Ströbele said.

"They had numerous contacts with various comrades." This does not mean that every simple contact should be equated with active support, he added. But apparently many people had known about the three alleged right-wing extremists, despite the fact that they lived underground for 13 years.

Patrick Gensing, who has written several books about the neo-Nazi killings and neo-Nazi strategies, is not surprised about the increasing length of the list. Ultimately, he said, life underground needs a lot of helpers.

Even so, Gensing said in an interview with DW, "For the German investigating authorities, this secret list is like a kind of Richter scale for earthquakes. The greater the number of alleged NSU supporters, the greater the failure - or even cover-up."

Either the intelligence agencies knew nothing, which would have been a disaster. Or individual points in the intelligence services might have known something, but done nothing about it. "Both options would be catastrophic," Gensing said.

Ströbele, too, agreed that "the really terrible thing" is that information about the NSU became known again and again but was not pursued. Informants for the intelligence services and police could also have provided such information. "Huge mistakes were made here and an enormous failure can be seen," Ströbele said. 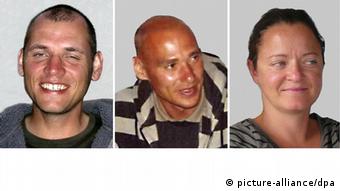 Uwe Bönhardt, Uwe Mundlos and Beate Zschäpe were the core of the NSU terror cell

Now, the first task is to determine who exactly was on the extended list. The politicians especially want to know if more paid informants are listed. Determining the negligence, possible cover-ups and investigative failures will take a long time to complete. In mid-April, the trial of main suspect Beate Zschäpe will begin in Munich. It could go on for two years.

In the meantime, the NSU committees are continuing their work at the federal and state levels. In addition to the committee in the Bundestag, Germany's lower house of parliament, there is an inquiry in the state of Thuringia, among others.

But these working groups are usually active only until the next election. The parliamentary committee could therefore potentially be dissolved in the next few months. It still faces many unanswered questions.

The Thuringia committee has recently submitted an interim report covering events until 1998. The committee will continue until summer 2014 at the earliest. Katharina König, a committee member from the Left Party, the successor to the East German communists, has asked for the committee to continue beyond the current legislative period.

In an interview with DW, she said the time given the inquiry committees was not sufficient to answer all the questions. "We only have the opportunity to address 20 to 30 percent, particularly the possible misconduct of the security agencies."

The answers to the crucial questions of family members as to how this could happen, and why it had to be their own father or brother, would thus remain unanswered.

König assumes that the list, with currently 129 entries, will get even longer. The Federal Public Prosecutor General will continue to question suspects, and the Federal Criminal Police Agency will continue to investigate, bringing further names to light.