After German President Joachim Gauck met families of the victims of the right-wing terrorist group National Socialist Underground, a lawyer representing some of them tells DW what is yet to be done. 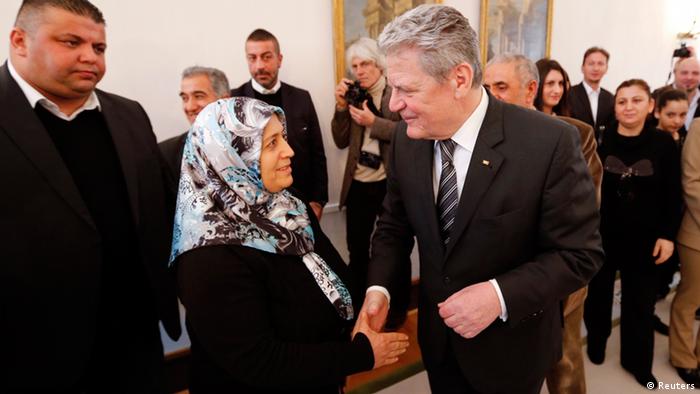 DW: How significant was the meeting for your clients whose family members were murdered by the NSU?

Mehmet Daimagüler: It is important that the state stands by the victims, so it's good for the head of state to meet with the families. But we also need to see that the president's role is mostly ceremonial in our country - he is purely symbolic. Now, it's important that the investigation continues and that we are getting results, which can in part come out in court, in the trial against the NSU terrorists. That can also happen through the committee of inquiry, the parliamentary inquiry committee has to work on it. Now, a year into the inquiry, we see that many questions remain unanswered and that many federal and state authorities are not contributing to the extent they ought to.

How have you and your clients see the investigation so far, now that you've read the files of the investigation? Would you say that what when wrong was the result of errors or that there was a system behind it? 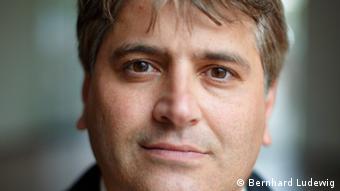 Mehmet Daimagüler is deeply disappointed at the investigations so far

What I know from the files doesn't worry me, but rather what I don't know. I am worried about the files that weren't given to me. I am worried about the files which the parliamentary inquiry committee and the court haven't received - all the files that were retained or destroyed because some of the security agents in our country have yet to understand what this is about. It's not just about investigating the murders, but rather what we need to remember is that the standing of our democracy and the rule of law are being damaged.

From what you have read in the files, where were the most serious failures?

It starts with the garage, which was searched in 1998. The NSU terrorists, Mundlos, Böhnhardt and Zschäpe left a list with more than 30 names. At least four security agency informers were named in the list, and these people weren't questioned about it. Just imagine it: we have terrorists, as they were already considered - after all, they stashed explosives in the garage - the terrorists go underground, there's a list of names, and no one makes an effort to call the people on this list of names. That is disgraceful carelessness which cannot just be called a slip-up. Another incident was the presence of a member of the secret service of the state of Hesse at the scene of the crime in Kassel in which the young Halit Yozgat was murdered in cold blood. To this day, I have not been able to understand from the files what the man was doing at the scene of the crime. 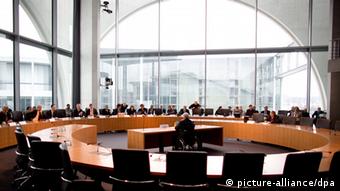 The parliamentary inquiries have left many questions unanswered

I don't have the feeling that the various inquiry committees have full access to the background. All these shortcomings need to be accounted for by the Hesse interior minister, as well as, at least partly, by the federal interior minister. It is a blatant contradiction to the promises of the chancellor that everything would comprehensively investigated. We expect more.

The Chancellor also wants to meet with the victims' families again. What do you think it will be about?

What I'm hoping is that it'll be about how the crimes could have happened, why they were not properly investigated and most of all also how we can prevent that from happening in the future. But I have the feeling that the chancellor does take this issue very seriously and I have faith in what she says when she mentions transparency and investigation. So far, I am concerned about the work of the authorities at the lower level.

What is it like for your clients, the families of the murder victims, to find out how difficult and flawed the inquiry is?

I can't speak for all the families of the victims, because I don't have contact to all of them, but it is already clear that they are, to put it mildly, appalled, sad and disappointed, because we have discovered in the last 15 months what no one could have imagined - that a racist right-wing terrorist organization could carry out murders in the country and the only people suspected were the families of the victims. That's something which is legally, politically, and also personally hard to bear.

Some of the victims' families refused to attend the meeting with President Gauck. Do you understand why they made that decision?

Some of the families have indeed decided not to attend the meeting, while others wanted to participate, and I can understand both positions very well. On the one hand, it is consoling for these families that the head of state shows his commitment. They are families who for years weren't allowed to see themselves as victims - they lost their loved ones and were suspects at the same time, and now they can be victims for the first time. It's a good feeling if they know that the state - represented by its head - is at their side. But I can also understand the families that say, "We are not taking part. There have been so many failures on the state level, both in preventing the crimes and also in investigating them. We don't want to take part in a purely symbolic event, in where everything goes back to normal afterwards." That's the impression that some families have and I can understand how they feel.

Mehmet G. Daimagüler was born as the son of Turkish "guest workers"in Siegen in central Germany in 1968. He studied law, economics and philosophy at the universities in Bonn, Kiel, Witten-Herdecke, and Harvard and Yale Universities in the US. He also worked in the offices of two members of the Bundestag. He was the first person of Turkish origin to be voted into the executive board of a German political party when he was elected to elected to the federal executive committee of the liberal FDP. He resigned from the party in 2007. He has also worked for Boston Consulting Group and is lawyer and strategy consultant in Berlin.

The German president has met with the families of NSU neo-Nazi murder victims. For years, these relatives were met with suspicion rather than compassion. Now, they expect more than heartfelt words. (18.02.2013)