Criticism is growing in Turkey that Turkish media have not been admitted to the forthcoming trial of the NSU terror group, eight of whose victims were Turks. Experts are warning of damage to Germany's image. 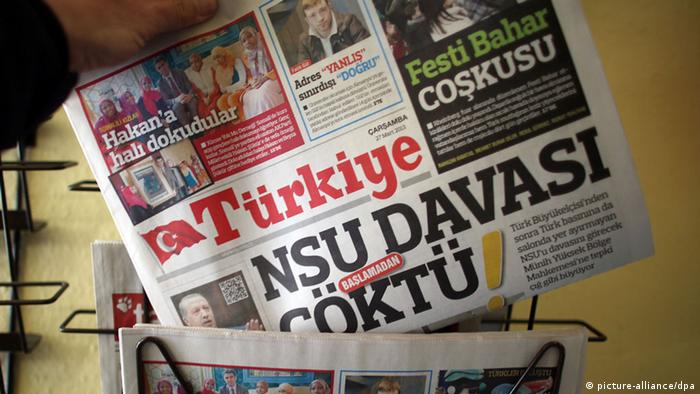 First, it was the ambassador; then, the media. Just last month during a visit to Turkey, the chairman of a special parliamentary committee set up to probe the National Socialist Underground (NSU) neo-Nazi group said he hoped Turkish politicians would be able to attend the trial of the suspected neo-Nazis blamed for a racist killing spree.

Sebastian Edathy had in mind Turkey's ambassador in Berlin, Hüseyin Avni Karslioglu, and the chairman of the human rights committee in the Turkish parliament, Ayhan Sefer Üstün. The latter had expressly asked to be present.

Edathy hoped the presence of two senior Turkish representatives would send a signal of transparency in Germany's process of coming to terms with the NSU murders.

Akin to an embargo

It was not going to be that easy, however. The Munich court refused to reserve seats for Turkish officials. The decision astonished Ankara, but for weeks, it was mainly a topic of debate for Turks and the Turkish media in Germany rather than for the public in Turkey. 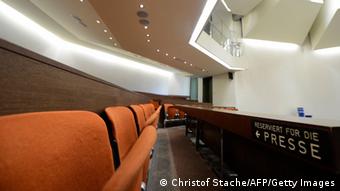 Turkish media have not been assigned seats in the Munich courthouse

The situation changed when the German court put Turkish reporters on a waiting list to cover the trial - which is now making negative headlines across Turkey before it has even begun.

In Turkey's "Milliyet" newspaper, Riza Türmen, an opposition politician and former European judge, on Wednesday urged the government in Ankara to insist on Turkish media accreditation.

The paper sensed an "embargo" of the Turkish media. The paper "Hurriyet" complained that while even paparazzi are admitted to the trial, Turkish newspapers are not.

The significance of the decision far surpasses the actual trial, said Faruk Sen, the former head of the Essen-based Center for Turkish Studies. Eight of the murdered people were of Turkish origin. "That means the Turkish government has to see to the case, it is not a purely German matter," Sen said.

If the court in Munich has its way, the Turkish ambassador should take a seat in the visitor's gallery, perhaps alongside the supporters of the neo-Nazi group, Sen said. The failure to accommodate the ambassador and the odd placement process for the media aroused the suspicion "that they want to keep the Turks out."

This will create the impression in Turkey that the German government wants to cover something up, he said - because there has been no sign the Justice Ministry in Berlin has yet seen fit to intervene in the matter.

Marco Weiss case as a counterexample 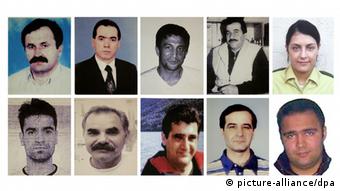 Eight of the NSU's 10 victims were Turkish citizens

This could have consequences for Germany's image in Turkey, Sen said. He recalled the case of Marco Weiss, a teenager from Lower Saxony who was put on trial in following allegations of the sexual abuse of a British girl in Antalya. At that time, many German journalists were able to sit in the court in Turkey – exactly what is now to be denied to Turkish journalists in Germany.

Oral Calislar, chief editor of the independent newspaper "Taraf" in Istanbul, also called for the Munich seating arrangements to be reconsidered. Calislar also fears an attempted cover-up. Because of the alleged involvement of German security authorities in the NSU's crimes, it is urgent that Turkish journalists are given full access to the trial, he told DW.

Even without reserved seats, many representatives of Turkish associations are likely to travel to the court for the start of the trial and demand entry; Ambassador Karslioglu also does not want to be deterred from visiting Munich. "I'll be there on the first day of the trial and monitor the proceedings," he said in the European edition of "Hürriyet." Just two weeks before the start of the NSU trial, there is growing doubt in Turkey about the credibility of German justice in the treatment of far-right crimes.

German law enforcement and legal officials were already on the back foot over the underground neo-Nazi group's ability to avoid detection and apparently kill 10 people in roughly a decade. NSU surviving member, Beate Zschäpe, and four alleged accomplices will be on trial. For years, police wrongly thought the killings were linked to organized crime; investigators only discovered the group by chance when a botched bank robbery led them to the group in November 2011.