The Guggenheim opened its museum in Bilbao 20 years ago, turning a struggling industrial town into a cultural metropolis. The building designed by Frank Gehry is now the landmark of the city. 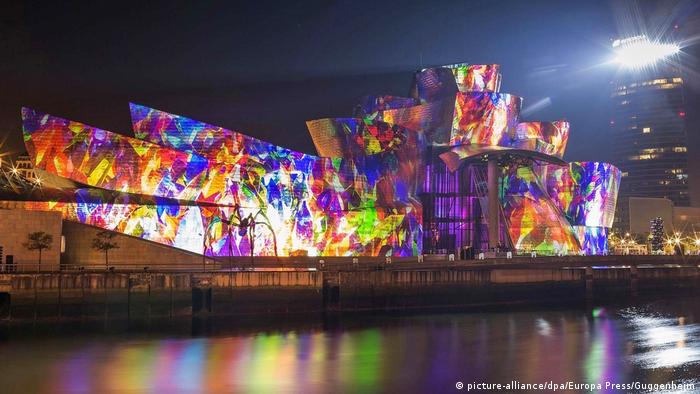 The "Guggenheim effect" has become a new, widely-used expression in recent times.

Within the last 20 years, the architectural marvel on the bank of the Nervion River in Bilbao has achieved the unexpected: It has transformed the face of a city that was believed to be lost.

Bilbao is located in the north of Spain, on the Bay of Biscay, an Atlantic gulf. From the 19th century up until the 1970s, it was the most important industrial seaport in the Basque Country. With its strategic access to the ocean, Bilbao's economy — based on shipbuilding, as well as coal and steel production — was booming.

However, industries didn't adapt quickly enough to changing technical standards. The outdated dockyards and factories had to close. Factory buildings and ironworks were abandoned. Many workers and their families left the city, while others stayed — however, without work or perspectives for the future.

Bilbao was also a stronghold of the Basque separatist organization ETA, which was responsible for several terrorist attacks.

In this context, passionate art lovers were rather a rarity in the city, which is why when plans that the ambitious cultural project would be built there were revealed, it first sounded like a bad joke.

At the beginning of the 1990s, the American Guggenheim Foundation, in search of a location for a European museum, was in negotiations with several important cities.

Bilbao's authorities showed the strongest interest in the project. They realized what a huge opportunity the renowned temple of art could turn out to be for the run-down city. 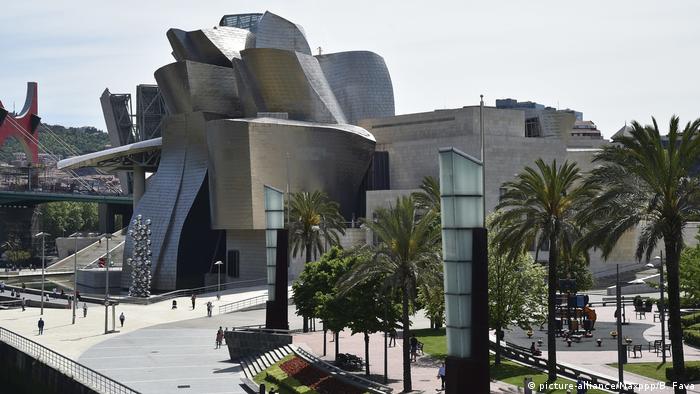 The deal was simple: the Basques would provide space and funds, while the Guggenheim Foundation would fill the museum with works from its prestigious collection and take care of its management.

Many people in Bilbao protested against the project: They couldn't understand why their city would invest millions in a museum instead of in the modernization of their factories to help the local population.

Even the artists in the region feared they would be dismissed by the Americans' cultural imperialism.

The Guggenheim Foundation's feasibility study assumed that the museum would attract at least half a million visitors every year. That seemed illusory.

Skeptics would be utterly surprised by the rapid transformation of their city. The entire area along the Nervión River went through a complete face-lift within four years. The rusty dockyards disappeared, and were replaced by green spaces and promenades. In the midst of it all, a gigantic framework of curved steel was built.

It wasn't the first time that Canadian-US-American architect Frank Gehry had caused a furor with his unconventional style. His deconstructivist approach meant that corners and straight lines seemed inexistent, replaced by waves, arches and curves. Everything appeared a bit chaotic and convoluted — a perfect expression of architecture. Enough curves and space to make you feel dizzy

Gehry's works, such as the Biomuseum, a biodiversity museum in Panama City, the Dancing House in Prague, as well as buildings in several cities in the US and Germany, including Hanover, Dusseldorf and Herford, are famous worldwide.

By 1997, the red-rust steel sculpture on Bilbao's river bank, which looked a bit like a huge roller coaster structure, was clad with titanium.

Depending on where one stands, the building is reminiscent of a half artichoke, or a ship, or even a decapitated fish without fins. Here and there, glass covers the façade, while the silver titanium beautifully blends into the light Spanish limestone.

The building doesn't seem to have a beginning or an end; no right or left. But there's definitely a core: the highest room, 50 meters high (164 feet), makes up the central atrium hall, while the largest room is a 130-meter-long and 30-meter-wide gallery, providing ample space for gigantic sculptures. 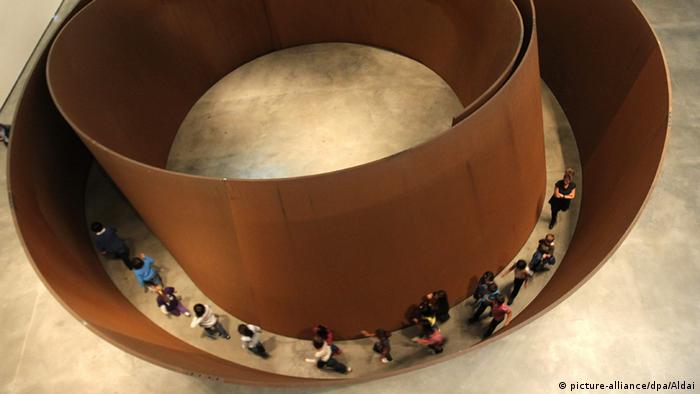 Everything is flooded with light, appears airy and playful: It's like a labyrinth on three floors with little doors, galleries, corners, niches, angles, windows and skylights. Still, even though the interior of the building is just as exciting as its exterior, the halls do not steal the show from the artworks on display.

The Guggenheim Museum on the Avenida Abandoibarra was opened by then-King Juan Carlos on October 19, 1997.

It was showered with praise: "It is the greatest building of our time," said US architect Philip Johnson, adding, " When a building is as good as that one, f * *k the art"— a sentence that would arm skeptics who felt the building was too dominant.

The museum was overrun by art and architecture fans from all over the world. The estimated half million visitors per year turned into an entire million.

Nearly 170 exhibitions to date have featured the great stars of art from the last four decades, including Yves Klein, Robert Rauschenberg, Andy Warhol, Gerhard Richter and Jeff Koons, just to name a few. And to counter initial fears, one section of the museum is dedicated to Spanish and Basque artists.

Bilbao started blooming and hired other star architects to rejuvenate the city: Norman Forster built an entire subway line. Alvaro Siza designed a university building and an airport terminal, while the pedestrian bridge "Zubizuri," located near the museum, was created by Salvadore Calatrava. 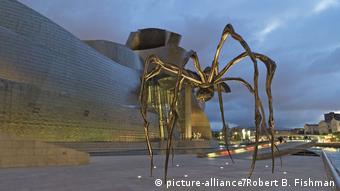 Altogether, 20 million visitors have contributed to giving the city a new life. The Guggenheim effect, also known as the Bilbao effect, has turned into the symbol of how art and culture can boost the struggling economy of a region.

Now, 20 years after its opening, the city is celebrating the anniversary with events and exhibitions throughout the year.

One major exhibition showcased Abstract Expressionism in North America, featuring artists such as De Kooning, Pollock and Rothko. Another show focused on the avant-garde of Fin-de-Siecle Paris, the late 19th century, with Signac and Bonnard.

Another highlight was last week's light show "Reflections." The history of the museum and its most famous exhibitions were projected onto the facade of the building. Over 200,000 visitors attended the event. And the year is not over yet.

Initiator of the US architectural soul: Frank Lloyd Wright

In celebration of the 150th birthday of American architect Frank Lloyd Wright, here's a look back at some of his most iconic designs, from Fallingwater to The Guggenheim. (08.06.2017)