For Bilbao in the Basque Country, 2012 is a year of celebration. The world-famous Guggenheim museum there is now 15 years old. While some deride it as a symbol of gentrification, the "Guggenheim effect" is undeniable. 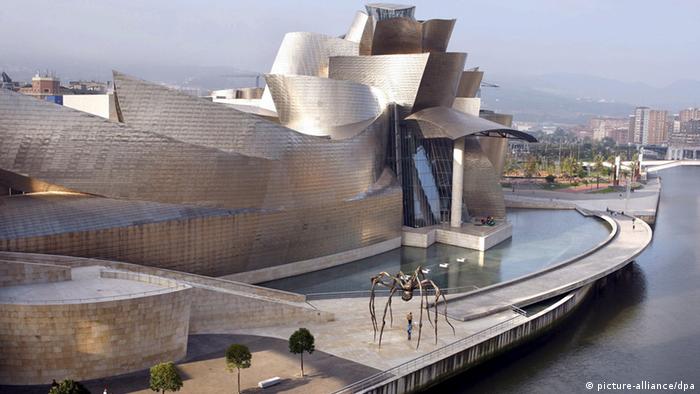 A few minutes before Bilbao's Guggenheim museum opens each morning, tourists of every age and from all over the world gather before its doors. For most of them, it's their first glimpse of this unique building which opened in 1997. Resembling a huge titanium-plated fantasy ship moored on the edge of the Nervion River, it has become the unlikely symbol of this northern Spanish city.

To mark its 15th anniversary, the museum is staging a series of celebratory exhibitions featuring works by Andy Warhol, Jean-Michel Basquiat, David Hockney and a host of other major artists. These shows highlight the museum's international clout - and its close cooperation with the Guggenheim Museum in New York.

"I think the Guggenheim in Bilbao is the cherry on the cake; the city has many other buildings and this is the most important of them, in every context: economical, political, social, cultural," one enthusiastic English tourist said. 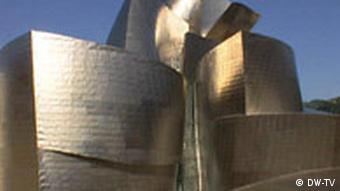 In the 1920s, the writer Kate O'Brien said that Bilbao was a place where no real tourist ever went. And that might have been true, even as recently as 15 to 20 years ago. But now the city is one of the biggest tourist magnets in Europe, largely because of the extraordinary building.

Despite the high caliber of the works on display inside the building, Bilbao's Guggenheim is known for something more than housing artworks.

It's called "the Guggenheim effect," as the museum's deputy director of activities, Petra Joos, explains. "The 'Guggenheim effect' refers to how the Guggenheim Museum in Bilbao has transformed the whole city," he said. "You have a lot of other cultural institutions, you have architectural projects, the city can offer more jobs because of the tourists coming to Bilbao, and also, for example, we have a much higher tax income."

In the 1970s, Bilbao was one of the most polluted cities in the world, as smog from its mines and furnaces mingled with the humid Basque air. Today, there is still industry, but tourism is now driving Bilbao's economy, with all the related services and revenue that one million visitors per year generate.

The "Guggenheim effect" not only made Bilbao prosperous, it made it cool. Scottish rock band Simple Minds even filmed a music video in and around the museum in 1998. 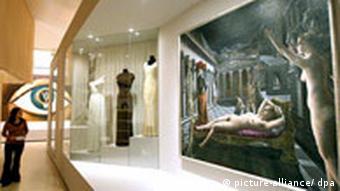 Visitors flock to the Guggenheim museum, boosting tourism in the city

But not everyone was impressed. The term "Guggenheim effect" has been employed by critics who have denounced the museum as a symbol of gentrification and cultural imperialism.

"The project fails miserably as a public space, missing a significant opportunity to celebrate and support the cultural and community life that is pulsating throughout the city," the Project for Public Spaces, an international planning and educational organization, said of the Guggenheim in Bilbao. They believe the building limits the role of architecture to a mere icon, viewing the domineering structure as an interruption on the landscape and as degrading to civic and cultural life.

Criticism has also come from closer to home. Blanca Urgell is the head of culture in the Basque region's local government. She says the museum has depended too heavily in the past on its sister, the New York Guggenheim. 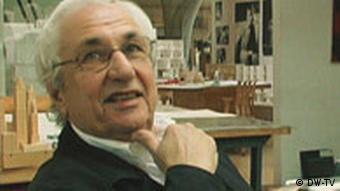 Meanwhile Frank Gehry, the "starchitect" who designed Bilbao's Guggenheim, has defended his work, saying the museum has classical as well as modern galleries for contemporary artists to respond to.

"The rap on Bilbao is a bad rap, fabricated by museum directors. Cy Twombly stayed away because curators at MOMA (eds: the Museum of Modern Art in New York) told him not to go there. When he finally saw it he called and said, 'This is the greatest,'" he said in an interview in February.

Gehry has been contracted to build another Guggenheim, this time in Abu Dhabi and twice the size of the museum in Bilbao. Helsinki is planning yet another one.

No doubt those projects will attract their fair share of criticism - whether it's for being too imposing, too spectacular, or too lacking in autonomy. But if the new Guggenheim Museums in Finland and the United Arab Emirates have even half the impact that Bilbao's has had, the term "Guggenheim effect" will continue to hold currency on both sides of the debate.

The spirit of tolerance and freedom made Berlin attractive to residents, tourists and drifters alike. But gentrification and its effects are testing that tolerance to its limits. The stakes are high in the capital. (20.04.2012)

Can solutions for urban life in Berlin be applied to other cities? The BMW Guggenheim Lab has a trendy Berlin street in sight to find out. But locals are worried about the impact on their historic surroundings. (23.05.2011)

Islamic places of worship often cause controversy: Take the construction of Cologne’s grand mosque or the ban on minarets in Switzerland. A new exhibition in Germany covers the architectural evolution of mosques. (02.04.2012)