'The life I have lived has tortured me,' says male sex worker in Mombasa

Poverty and unemployment can lead to prostitution. And that can have consequences which are hard to reverse, as Diana Wanyonyi found out when she met up with two young male sex workers in Mombasa, Kenya.

Martin Kyana was brought up as an altar boy in western Kenya.  He is now 37 and has been living with the HIV virus for 14 years. He is bisexual and started experimenting with his male primary school friend at the age of 11 but his parents found out and chased him from home; he was then left to fend for himself.

"When I was growing up I came to realize that I have feelings for both men and women. When I was in class seven I had sexual intercourse with a male classmate who had came to our house to help me with my homework. That is when my brothers caught me and started shouting. We were beaten thoroughly, that boy said that I brought him to my house so that we could have sex. My parents were very ashamed of me."

Martin thinks that it was because his mother was a church member and their family had a relatively high standing in the church that he was sent away.

Bringing a curse on the family

"I was told that I would bring a curse on the family because I had committed such an act. They felt that only a curse could have made me do such a thing."

At first, Martin found refuge at his aunt's place in Mombasa. But a few years later he was caught in a similar act with a male neighbor and thrown on to the streets.

"Most of the time my aunt didn't seem to mind when she saw me with the house helps but when I started hanging out with my male cousins, that is when she came running to intervene because she was scared that I would teach them to become like me. Then, one day, I was caught having sex with a 37 year old male neighbor who was the father of two children. I was just 16 at the time. The guy owned a shop near my aunt's house and when his wife caught us she told my aunt what had happened, and I was again chased out of home. That is when I ended up on the streets."

'I was raped on the street'

Having already dropped out of school, Kyana needed to find a job, but without much education he couldn't find anything to do. With nowhere to sleep, he ended up finding refuge in a brothel. Selling sex for money became his business. 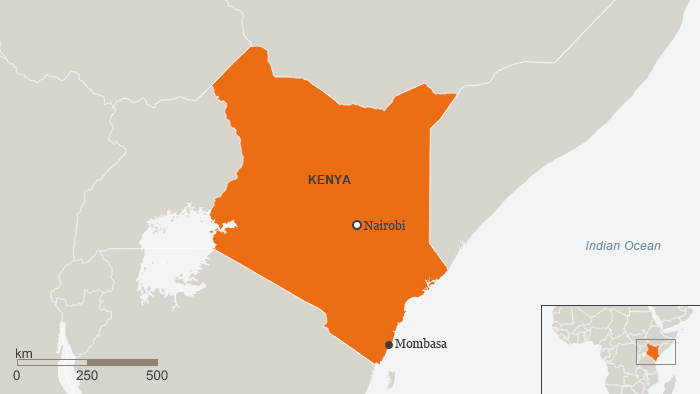 "I went on the streets to sell sex for money.The man who I was caught with started giving me some clients. So I started having my own clients and my own money but they were violating me because I had no information about condoms, or sexually transmitted diseases – STI's, also I was raped on the street by a client."

Martin explains it is common not to be paid or beaten up before, after or during sex.

"I had to learn to take it, I had no other way of earning money. I was often beaten up but I had to learn to get back on the street the next day in order to earn more money," he says sorrowfully. Now he can't see any way of escaping this type of life. He's been doing it for too long he says, and he can't find any other way of paying his bills.

In contrast, Kennedy Mwendwa sees his choice to be a male sex worker as a bit more positive. Today he is wearing a white t-shirt and a pair of shorts. He has an earring in one ear and a finely drawn tattoo on his left leg. Kennedy is just 24 years old and also HIV positive. Just like Martin Kyana he turned to sex work after being disowned by his family, although his story unfolded a little bit differently. At 16 he knew that he was gay and he thought he would be able to confide in his mother and things would be OK.

"I thought she would take it well but unfortunately its news that was received with hate and of course she involved everyone in the family. After long discussions, the decision was made to chase me out of home, because they felt I was an outcast and they were ashamed of having a gay person in the family. I chose to go to sex work because I had seen young boys on the streets of Mombasa selling sex." 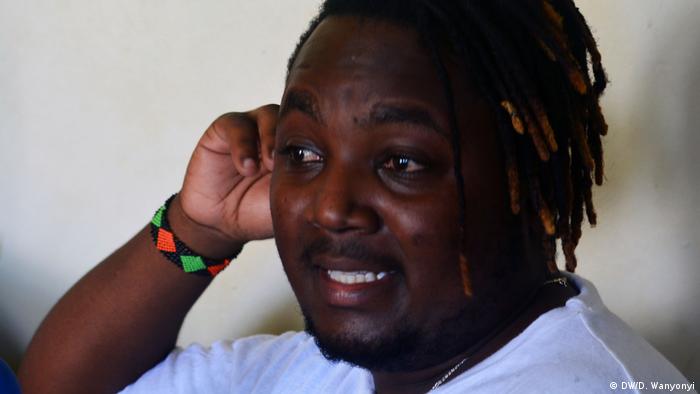 Mwendwa's clientele varies from high profile people in Kenya, to day to day people on the street. The payment is good he says and he is not yet ready to quit the job either!

Kennedy sees sex work just like any other job.

Stigma follows Martin wherever he goes

Kennedy seems to be positive about his choice of career but Kyana suffers from the stigma attached to prostitution. Despite his line of work, he got married and went on to have five children. He says his wife is not HIV positive and he helps provide for the whole family with his work. But whilst he can pay his bills, his work has prevented him from actually living with his family. 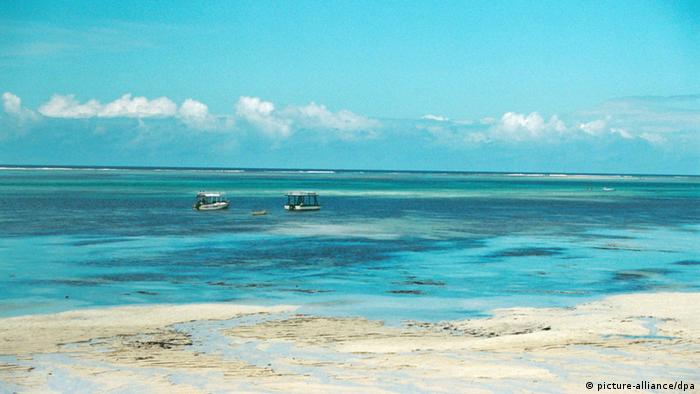 Kenya's Mombasa coast is a magnate for Western tourists

"I cannot tell my children that I am gay, I hope that they come and ask me when they are older, then I will be able to explain to them that I was infected with HIV and that now I am using condoms but that I didn't always do that. I really hope that my children will not tell me that they are gay or lesbian. The life I have lived has tortured me and I have tried killing myself three times already. I don't feel normal and I constantly ask myself, why me? Why do I feel this way? I have so many regrets, I don't feel I can walk around with my family on the streets for fear that I might bump into my clients. I cannot go to visit my children at their schools because some of the teachers are also my clients and then that will stigmatize my children. I used to live with my children but then the community got to know what I did and would call my children 'the gay man's offspring.' My wife suffered stigma too from the neighbors. That's why I thought it best to move away and allow my children to grow up in peace, so that I can do what I need to do with my partners."

Kyana's wife tried to run away from him because of his lifestyle and work choices, but her family sent her back to live with him, saying that she had to remain married to him. Although he no longer lives with her and their children, they still meet regularly and appear to have a relatively good relationship. Her family think that as long as he covers her and the children's basic needs there is no reason for her to leave him, even though he has other long term partners as well as clients who number both men and women. Despite the stigma and the violence on the street, neither man sees a different life, it is really the only life they know and the only way that they can easily find a way to have sex with other men.

A rising number of adolescent migrants in Germany are turning to sex work after aging out of youth welfare programs. The Left Party has called for increased funding into integration and social policies. (10.04.2017)