On February 5, 1989, a 20-year-old became the last victim of the GDR's Berlin Wall firing orders. A quarter of a century later, researchers are still trying to determine how many died along Germany's inner border. 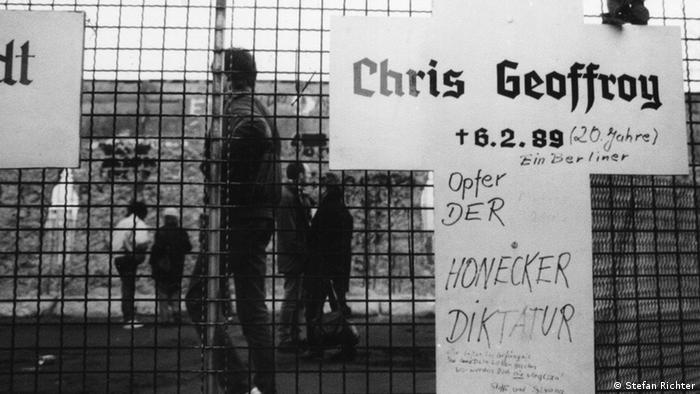 Under the cover of darkness, two young men sneak through an allotment of gardens in East Berlin. It's February 5, 1989, just before midnight. Their goal: the Britz Canal. There, Chris Gueffroy and his friend Christian Gaudian hope they can slip through what was one of the world's best-protected borders, the Berlin Wall. 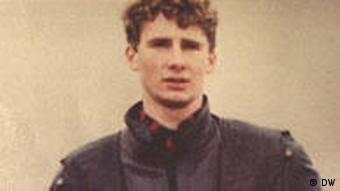 Chris Gueffroy was a trained waiter who dreamed of traveling

Both had heard rumors that firing orders had quietly been repealed for the East German border troops; previously, every attempt to flee was supposed to be prevented by force. That information had come from a source that seemed safe - a border soldier working in Thüringen, three hours southwest of Berlin.

Bravely, they scaled the three meter plus (10-foot) Hinterlandmauer, or Hinterland wall, followed by the signal fence. It was here that misfortune struck: One of the two set off the alarm. Searchlights cast the death strip in glaring white light.

Both men ran at top speed toward the last obstacle before the line of freedom: a fence nearly three meters high. Desperately, Chris Gueffroy and his friend tried to help each other over it. They were too late. East German border soldiers caught sight of the two men and opened fire. The orders were still in effect. Chris Gueffroy died in the hail of bullets, with one piercing his heart. Christian Gaudian was seriously injured and taken into custody.

The shots rang out into the night. Even Karin Gueffroy, Chris' mother, heard the noise. That it was her own son who had died that night was something she would only learn days later.

Chris is considered the last victim of the infamous firing orders along the Berlin Wall.

Covering up the deaths 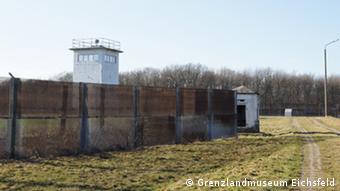 Exactly how many people died as a result of the German Democratic Republic's (GDR) border crossing policy remains unclear. In addition to the Berlin Wall, border soldiers in the north and south monitored the roughly 1,400-kilometer (870-mile) inner border between East and West Germany. A project by SED-Statt, a research network at the Freie Universität Berlin, would now like to shed light on their activities.

"We're currently working on 1,036 cases of named individuals," researcher Jan Kostka told DW. "And on top of that, there are another 192 cases of unknown persons."

The GDR authorities themselves seem to have kept no lists of the people who died at the inner German border. On the contrary, the deaths were covered up to the extent possible. The Stasi, East Germany's state security service, coerced families of the victims into silence.

Chris Gueffroy's family, too, was only vaguely informed that he had died after supposedly attacking a military zone. His mother had doubts; she had, after all, heard shots that night. Two weeks later, the family members placed an obituary in the "Berliner Zeitung" newspaper, attributing his death to an "accident," as per the prescribed language rules. 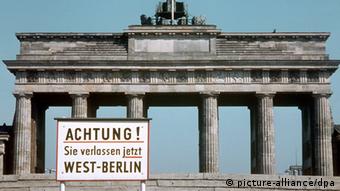 The sign reads, "Caution! You are now leaving West Berlin"

That obituary led to a number of Western reporters attending the funeral. As the former West Berlin radio broadcaster RIAS reported: "The vague wording of the tragic manner in which Chris forever closed his eyes repeated itself in the speech by the professional speaker this afternoon. More on the official cause of death was not to be heard. At the cemetery, a strong state security presence distributed itself early."

Such media attention makes the Gueffroy case the exception. In the majority of deaths, the massive intimidation of families and the cover-ups by the Stasi were successful - all the way through to today.

"This is a very small-scale research project, and other records have to be used constantly," Kostka says. "We analyze the monthly or daily reports from other institutions that were involved in border occurrences to check if there were any fatalities on the border." 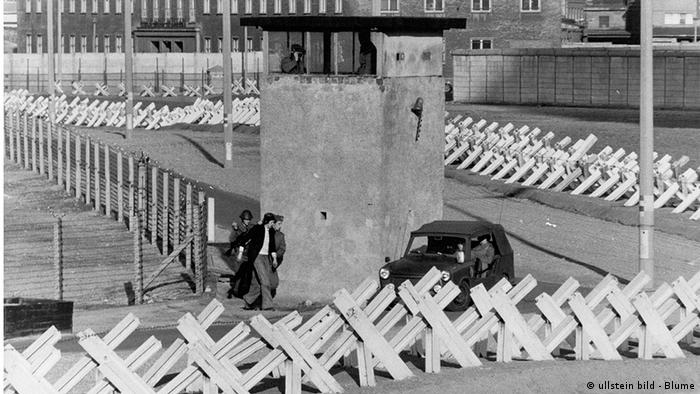 Attempts to flee resulted in death or incarceration for many

Only recently could the number of deaths at the Berlin Wall be determined: 138. They were people like Chris Gueffroy. That number rests on the newest findings by the SED-Staat, expanding upon research by the Berlin Wall Memorial foundation and the Centre for Contemporary History Potsdam.

Only those deaths directly connected to the border regime were taken into account. That includes those who, with no intention to flee, were shot at the Berlin Wall. It also includes GDR border soldiers who attempted to flee themselves and were killed.

Not accounted were those who committed suicide because they could not stand to be walled in by the East German regime.

The people behind the numbers

More important than the number of deaths at the Berlin Wall are the stories of people's lives that were affected, says Maria Nooke, the deputy director at the Berlin Wall Memorial foundation. "What's decisive is what these people experienced," she told DW. "Why did they take such a risk, and what were their motives?"

Chris Gueffroy was just 20 years old when he was struck by the deadly shots fired by border soldiers on February 5, 1989. He was a trained waiter who was to begin basic military service in the National People's Army. Rather than serving the GDR, he wanted instead to live in freedom and travel the world. Nine months after he died, the Berlin wall fell on November 9, 1989. 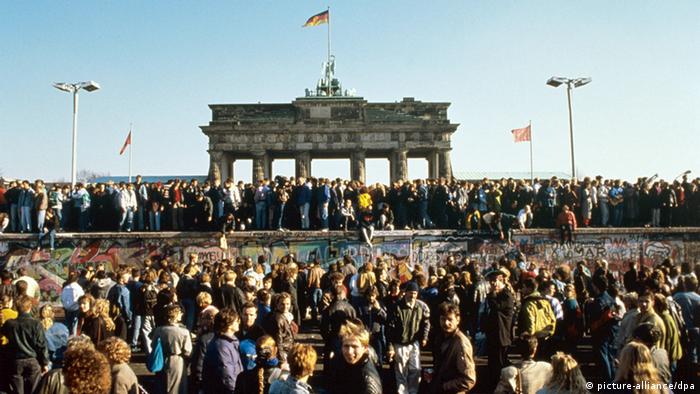 Berlin - Traces of the Former Wall

Berlin has changed a lot since the fall of the Wall. But traces of the 160-kilometer-long border that once surrounded West Berlin are still visible at the Brandenburg Gate and the East Side Gallery - and elsewhere, too! (26.11.2013)

Opposing apartheid from behind the Berlin Wall

East Germany and the African National Congress shared a special bond: not only the government, but also the public in the communist state supported the anti-apartheid movement in South Africa. (15.12.2013)

A new museum has opened in Berlin with an exhibition on everyday life in East Germany. It's not the first of its kind - and that's cause for heated discussion in the once divided capital. (10.12.2013)