The impact of Turkey′s election: Erdogan′s sweeping new powers | Asia| An in-depth look at news from across the continent | DW | 25.06.2018

Recep Tayyip Erdogan had been working toward an executive presidency in Turkey for years. Now, he's got what he wanted – a victory that gives him sweeping new powers. 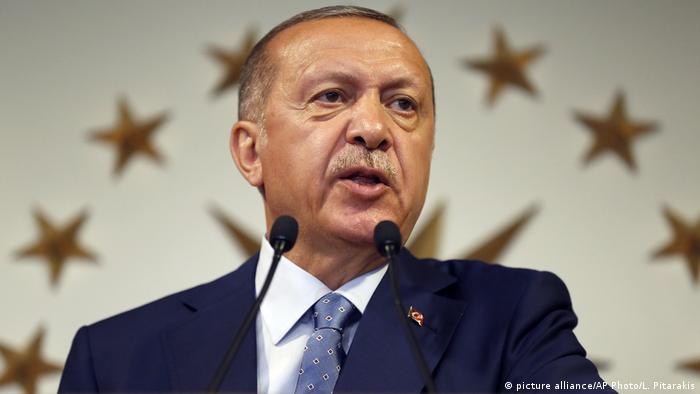 In a constitutional referendum in April 2017, a slim majority of Turkish voters approved of the presidential system that was President Recep Tayyip Erdogan's goal. And now that he's capped that with a victory in parliamentary and presidential elections at the weekend, the powers of that new system are at his disposal. Critics fear this has paved the way for absolute one-man rule in Turkey. So what powers has Erdogan gained? An overview:

President and head of state and government

Turkey no longer has a prime minister. The president, whose office was largely ceremonial up until now, is now chief executive. The president is responsible for appointing and dismissing vice-presidents, ministers and senior officials. He decides how many there will be, and parliament has no say in these matters. Members of his cabinet are not allowed to be lawmakers. 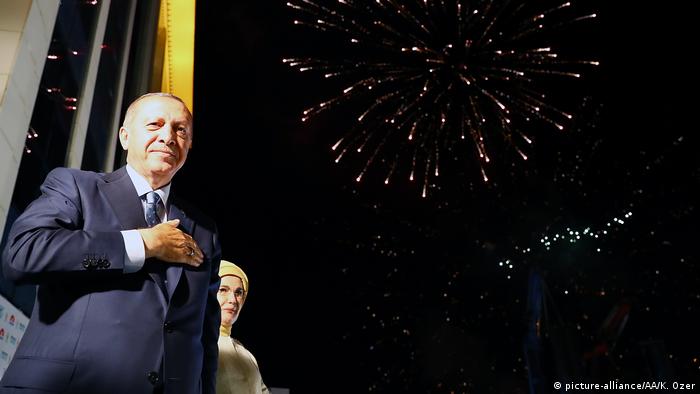 Victory, and a fresh start, for Erdogan: in theory, he could remain in power until 2033

The president can issue decrees that become legally binding once they are published in the government's official bulletin. Parliamentary approval is not needed. If parliament does adopt a related law, the decree then becomes invalid. Presidential decrees may not curtail constitutional rights or impact existing legal regulations. With the exception of the budget draft, only parliament may introduce bills.

President and majority leader in parliament

Before the reform, the president was committed to political neutrality; now, he may remain affiliated to a party. The president is thus the head of the largest party, which makes him majority leader – he effectively controls parliament. Erdogan reassumed party leadership of the AKP in May 2017.

Going forward, parliamentary and presidential elections will take place on the same day, in both cases for five-year terms. Scheduling the elections on the same day increases the likelihood that the president's party will have the majority in parliament. Sunday's vote was originally planned for November 2019, but Erdogan pulled it forward.

Technically, the president can only serve for two five-year terms. But the governing AKP has created a loophole: If parliament decides to hold new elections during the president's second term, the latter is allowed to run once more. Under the new presidential system, previous terms don't count, giving Erdogan a fresh start. Using the loophole, he could theoretically stay in power until 2033.

Turkish lawmakers have lost their right to dismiss ministers. Parliamentary inquiries must be made in writing, and not to the president but to the vice-presidents and ministers. Lawmakers could start impeachment proceedings against the president, not just for treason but for any criminal offence. The hurdles are high, however. A two-thirds majority of all lawmakers is required to refer an investigation to the judiciary. 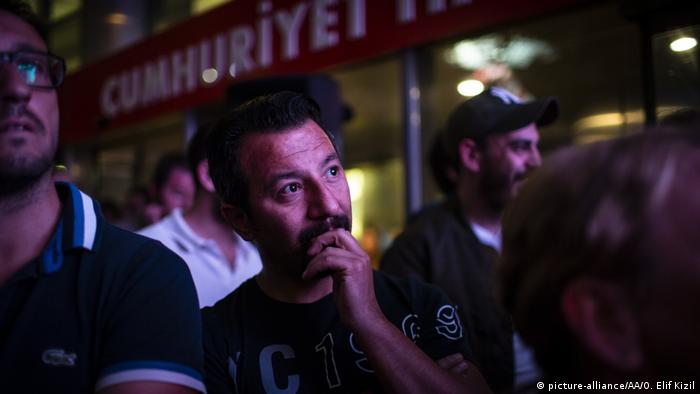 The constitutional reform gives the president more control over the judiciary. He appoints six of the 13 members of the Council of Judges and Prosecutors, which in turn appoints judges and prosecutors. Parliament, where the president is majority leader, chooses the council's other members. Under the previous system, legal professionals themselves chose most members of the 22-member body. Turkey's military courts have already been abolished.

Support for Erdogan was proportionally higher among the Turkish community in Germany than it was in Turkey. That, alongside celebrations in German cities after Erdogan won the election, have drawn criticism. (25.06.2018)

Opposition parties have been denied equal conditions for campaigning in Turkey's elections, say international observers. The OSCE has said that already limited media freedoms were hampered by Turkey's state of emergency. (25.06.2018)

Turkey has voted in historic presidential and parliamentary elections. Despite the controversial vote, Erdogan claimed victory. The road ahead will be hard for the opposition and its supporters, writes DW’s Seda Serdar. (25.06.2018)