The Hague institute teaches how to investigate genocide | Europe | News and current affairs from around the continent | DW | 02.07.2009

The Hague institute teaches how to investigate genocide

The Institute for Criminal Investigations in The Hague is the only school in the world that trains people to investigate war crimes, crimes against humanity and genocide. 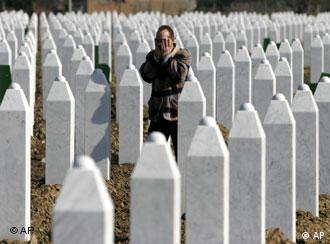 Investigators are still working to identify many of the 8,000 Muslim men and boys killed near the eastern Bosnian town of Srebrenica in 1995

Cambodia, Rwanda, Srebrenica and Darfur are place names that have become emblematic of man's inhumanity. The process of bringing the perpetrators of mass killings to justice can often take a decade or more. It begins with the efforts of those who diligently work to provide prosecutors with the evidence they need to lay charges. 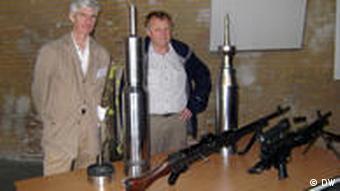 Several times a year in Holland and often in Asia, Africa or South America, John Ralston and Raymond McGrath teach groups of lawyers, policemen and human rights workers how to investigate war crimes, crimes against humanity and genocide.

Raymond McGrath was a private investigator in San Francisco who created the Institute for International Criminal Investigations (IICI) in 2001. While working on an investigation in Ireland in the late 1990's, he realized that nobody was training investigators to look into specific international crimes. So he and another investigator from San Francisco, Nancy Pemberton, went to the Netherlands and spoke with people at The Hague Appeal for Peace and found that there was indeed a need for such specialized training.

Together with John Ralston, a former policeman from Australia, they put together the curriculum.

“The course is structured basically around four modules," said Ralston. "The first module deals with international humanitarian law and the peculiarities of the elements of war crimes, crimes against humanity and genocide, which are the key international crimes. There is also a component about military organizations, how military organizations operate, what weapons they use, when they use them and how they use them."

The course is two weeks long and the first week is spent at IICI headquarters in The Hague.

Learning about the military 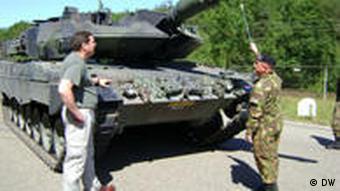 Not all tanks are alike

During the second week, the instructors and students move to a military facility in Amersfoort in central Holland. The base is called the Bernhard Kazerne and is the School for Dutch Peacekeeping Operations. Here Dutch soldiers familiarize students with military procedures.

“War crimes almost by their nature are committed by military or paramilitary organizations and civilians simply do not understand how these organizations operate and what they do and why they do the things they do,” says Ralston.

Dr. Bill Haglund is a forensic anthropologist who has been involved in forensic investigations in Africa, the former Yugoslavia, East Timor and Sierra Leone and appreciates the military orientation. Many of the former conflict zones are still unstable, laden with land mines and often inaccessible due to military or paramilitary checkpoints.

"We have checkpoint scenarios and they get to see what weapons are like and learn how to recognize unexploded ordinance and things of that for their own protection," say Haglund. 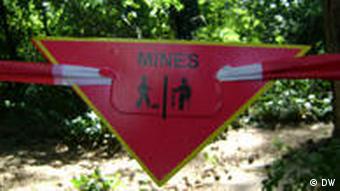 Not just anyone can walk in off the street and take the course. IICI requires students to have at least five years as a human rights worker, a police investigator or a lawyer. Many of the students at the training course also work undercover and asked that they not be identified by name or by photo.

The continuing theme that is reinforced throughout the training session is that while Darfur, and Srebrenica and Cambodia may have been scenes of war crimes, or genocide, once the fighting stops, it becomes a crime scene. All the techniques of police forensics now come into play. 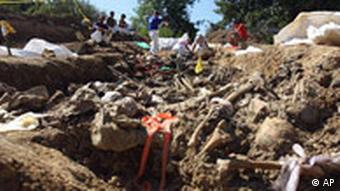 Bruce Bursik, is a former police captain from South Africa who now works at the Bosnian State Criminal Court in Sarajevo investigating the Srebrenica massacre.

As recent events in Sri Lanka have shown, there is never a shortage of human rights violations and loss of human life in conflict areas. It is a scenario that is made for IICI investigators. But where to begin?

Since McGrath and Ralston started IICI, they have trained nearly 200 investigators who are now working around the world.

"Some of them are working at international tribunals, the special court for Sierra Leone, the Khmer Rouge trials in Cambodia, Rwanda tribunal, Yugoslav tribunal, International Criminal Courts. Some are working for national police war crimes offices. Quite a lot are working in the human rights area in UN missions as human rights investigators and monitors Afghanistan… Darfur to name a few places," said Ralston smiling with satisfaction.

Working constantly with crimes scenes as horrific as those discovered in Darfur, Rwanda or Srebrenica can take an emotional toll. Henriette Strattman, a consultant to IICI, has also has worked for Amnesty International and Physicians for Human Rights and is familiar with the emotional risks.

"Of course you need an amount of empathy and sympathy with the victims ....but that's specifically for my type of work, but you also have to maintain a kind of distance to keep your self going," she says.

And they do keep going, because there is never a shortage of work.

"The purpose in the end is to defend those people who are the most vulnerable, which in every case [are] civilian communities, civilian populations who are poor and vulnerable to all of the devastations of war," says IICI founder, Raymond McGrath.

Federal prosecutors says a former mayor of a northern Rwandan town has been arrested a second time in Germany for his alleged involvement in the country's 1994 genocide. (23.12.2008)

Bosnians Continue to Struggle with War-Torn Past

As a new UN special envoy for Bosnia took over this week, the country's citizens still struggle to come to terms with their war-torn past. Experts believe the healing won't begin until the crimes have been dealt with. (08.07.2007)

The International Criminal Court in The Hague on Tuesday named a Sudanese minister and a janjaweed militia leader as the first war crimes suspects in the Darfur conflict. (27.02.2007)