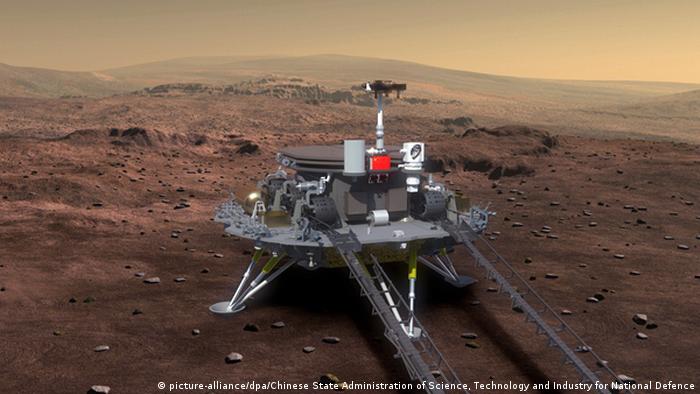 The Chinese state broadcaster CCTV reported on Wednesday (February 10, 2021) that the Tianwen-1 spacecraft had successfully entered into orbit around Mars. China has sent a probe to orbit the planet and will also land a rover on its surface. That is scheduled for May.

As with other current Mars missions run by NASA and the United Arab Emirates, China's mission launched in July 2020.

The name comes from a long poem called Tianwen.

"Tianwen" means "questions to heaven," and the poem was written by Qu Yuan, a Chinese poet and politician who lived from about 340 to 278 BC. He is considered one of the greatest poets of ancient China.

China's Xinhua news agency writes that Qu Yuan raised a series of questions in the poem involving the sky, stars, natural phenomena, myths and the real world. It is said to illustrate the poet's doubts about some traditional concepts and the spirit of seeking the truth.

A first for China

Tianwen-1 is China's first mission to Mars. It is an attempt to observe the planet from orbit and from the ground all in one go. It follows China's successful landingon farside of Earth's moon — colloquially called the "dark side" because it's the side we cannot see — in January 2019. 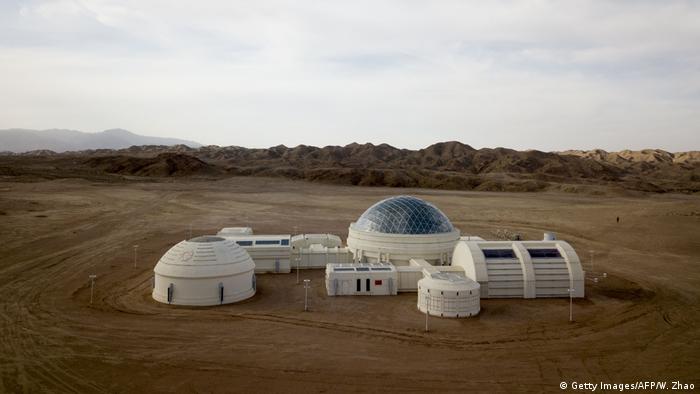 The mission has been described as ambitious, not least for its including an orbiter and a Mars rover, but also because it took China a mere six years from the initial planning and mission design to the launch.

The mission left Earth on schedule on July 23.

Where was the launch site?

What was it riding on?

The "launch vehicle" was one of China's own heavy-lift rockets in the Long March 5 series.

Where will the rover land?

Every 18 to 24 months, Earth and Mars align in such a way that the journey — or trajectory — is effectively shorten from a nine-month trip to a seven-month trip.

Failing to begin the trip during the "launch window" of July to August 2020 would have meant the mission would have to have waited another two years.

There is a lot of competition out there, with the UAE, USA and others such as India and Israel eager to demonstrate their capabilities for space exploration.

But for China, it's also about marking the country's 50th anniversary as a spacefaring nation. 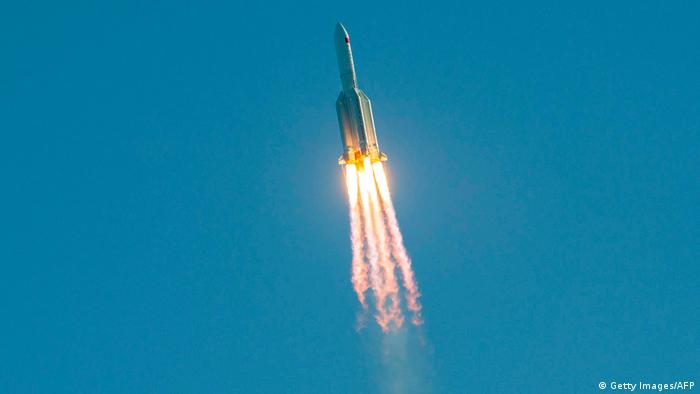 Zhang Kejian, who heads China's National Space Administration (CNSA), has told Xinhua reporters that over the past 50 years, Chinese space engineers and scientists had overcome various difficulties and achieved aerospace development through self-reliance and independent innovation.

As with many Mars missions, Tianwen-1 is about learning more about the Red Planet and, through that, for scientists to learn more about our own planet.

About 4 billion years ago, the Martian atmosphere changed, and liquid water evaporated. But scientists don't know why. There may be deposits of water underground, known as subsurface water.

The Emirates Mars Mission (known as "Hope" or EMM) also aims to learn more about the Martian atmosphere, in particular how and why oxygen and hydrogen are escaping the planet.

Beyond that, China wants to use the Tianwen-1 mission as a step towards a mission in 2030 that would bring back samples of rock and soil from Mars to Earth.

Instruments on the probe and rover

Tianwen-1's orbiter, or probe, is carrying 13 "payloads." A payload can be a communications or Earth observation satellite, but in this case the payload is the mission's instruments.

For instance, there's a remote sensing camera and a ground penetrating radar.

Once the lander and rover detach from the probe and land on the surface of Mars, additional instruments include a subsurface penetrating radar (SPR).

As the name suggests, the SPR's main scientific objective is to investigate the Martian soil below the surface of the planet to determine its thickness and make-up. 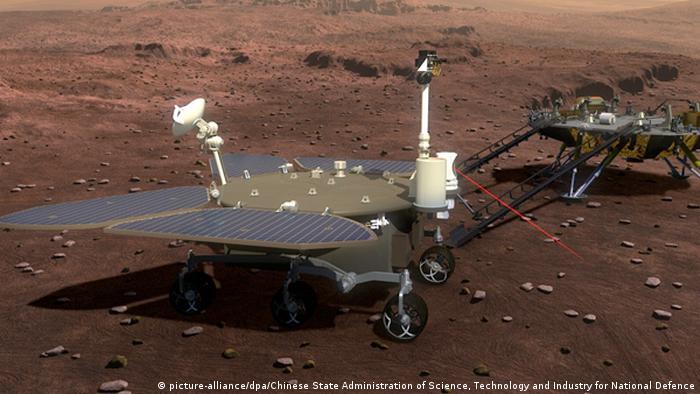 The rover weighs around 200 kilograms (about 440 pounds). It will be powered by solar panels. Power would be impeded by a landing in the planet's northern hemisphere — landing at the equator is better for solar power.

It will investigate the ground with radar, perform chemical analyses on the soil, and look for biomolecules and biosignatures.

Other instruments include a Martian surface magnetic field detector, and a climate detector.

China has been keen to highlight its collaboration with international partners on the Tianwen-1 mission.

It started with a collaboration with Russia, and grew to build technical partnerships with, for instance, the Austrian Space Research Institute (IWF). The IWF contributed to the orbiter's magnetometer and helped calibrate the flight instrument. 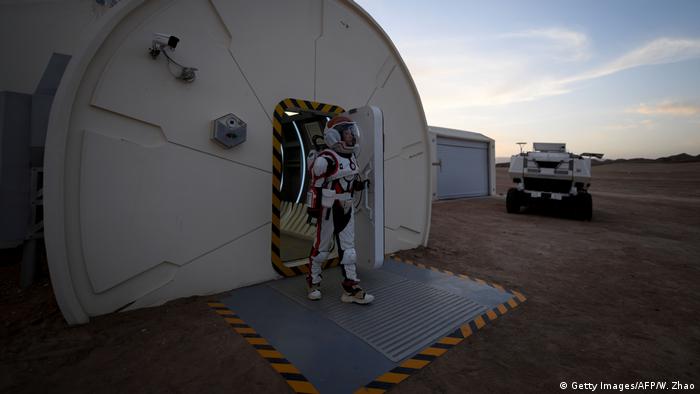 A woman wearing a spacesuit walking out of "Mars Base 1", a C-Space Project, in the Gobi Desert

China is long in the space game. It launched its first satellite Dongfanghong-1 into space on April 24, 1970. This year is the 50th anniversary of the start of China's entry into space.

In 2003, China became the third country to put a man in space with its own rocket after the former Soviet Union and the United States.

And it landed Change-4 on the far-side of the moon in January 2019 — a move that no other nation has managed.

But landing on Mars will be a whole new challenge in itself. More experienced spacefaring nations have failed, including the Europeans and Russians with ExoMars 2016, and Japan has failed on Mars as well.

China has more missions to come, including a manned moon landing by 2036.

This article was originally published on July 2, 2020. It was amended on February 10, 2021 to reflect developments in the mission.