The faces of the Global Climate Strike | Environment | All topics from climate change to conservation | DW | 20.09.2019

The faces of the Global Climate Strike

September 20 kicks off a week of climate action protests. Inspired by Fridays for Future, millions are expected to turn out across the globe. DW spoke to people in several countries about what's driving them to protest. 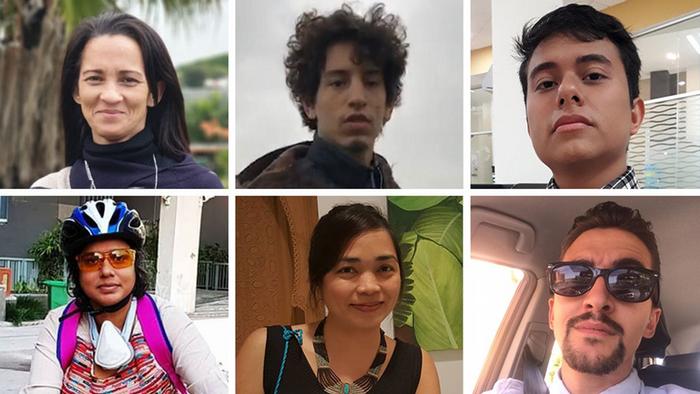 On Friday, millions of people are taking to the streets across the world as part of what's been dubbed as the Global Climate Strike, a weeklong protest initiated by Fridays for Future.

Organizers are calling for an end to fossil fuels and want governments to implement the Paris Climate Agreement.

As different as the impacts of the climate crisis might be from region to region, protesters across the globe are uniting to demand faster and more drastic measures from their governments.

DW spoke to several people from Mexico to the Philippines about what's motivating them to join the mass protests.

"We faced the 'day zero' scenario when the taps will be turned off." (Chantal Dette, 44 years old - Cape Town, South Africa) 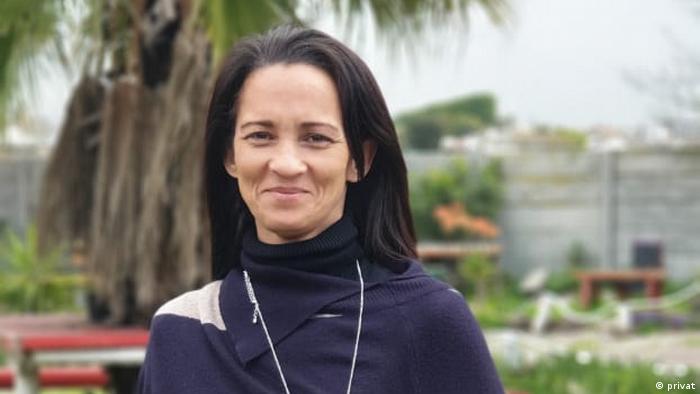 "What motivates me the most is that about a year ago my country was suffering water shortages and drought. We faced the 'day zero' szenario when the taps will be turned off. People in the Cape Flats [ed. neighborhood in Cape Town] were really suffering.

I'm a person of color and I live in a community which is really fitted at violence and crime. If it comes to this 'day zero,' people in more privileged areas would be able to install boreholes on their properties, which is very costly. Whereas people who are disadvantaged, literally their taps are running dry. That was very scary for me.

I don't think that climate change can be separated from social issues. It is a social issue. It's a human justice issue, it's human rights, it's water justice, it is food security. It impacts on every aspect of our lives."

"I'll do everything in my power to drive ecologically." (Emilio Barco de la Rosa, 29 - Madrid, Spain) 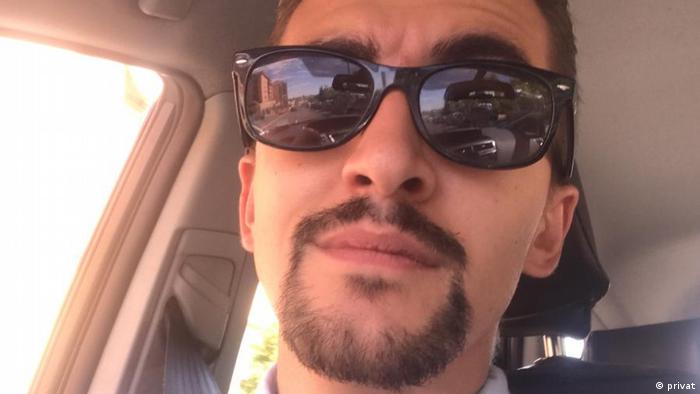 "Every summer I used to go with my father to many countries – many. We were in France, in Italy, in the Netherlands, in Luxembourg, in Belgium. I love driving and I love getting to know new places.

My father was a cab driver and now I'm a cab driver, too. For my business I have decided to drive an ecological car, a hybrid of electric and gasoline.

If we had a sustainable economy, we would have to promote the alternatives that already exist even more and also offer them at an affordable price.

I demand that companies which are still producing vehicles with high emission values take on as much responsibility as I do. We are considering starting a campaign with a few other drivers. We want to offer our service for free for a week so that we can inform people who haven't been protesting.

I also want to change the image taxi drivers have."

"We are wealthy and we are living in a very cocooned existence." (Sherebanu Frosh, 42 - Delhi, India) 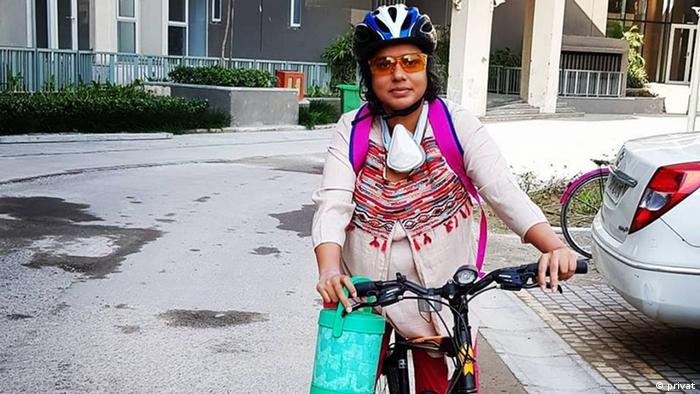 What is happening on a local level is that everybody is trying to save their own forests and trees. All of that is coming under threat by the government who tries to sell pockets of the forests.

We were trying so hard for parents to come out and fight for their children. We try and try and we get three or four to come.

I feel like as parents we haven't done justice to what we could have done as a duty to our children. But the children are taking it forward and that's brilliant."

"There were a lot of fruit and vegetables that we used to grow, but now it's not possible anymore." (Wessim Khiari, 25 - Tunis, Tunisia) 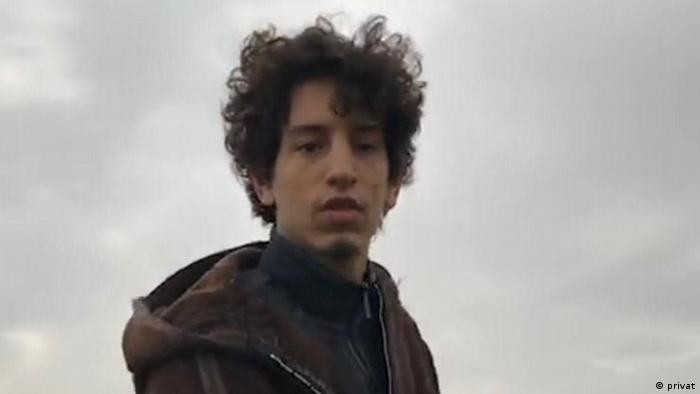 "I'm working with farmers. They are really suffering. Sometimes we have no water at all and sometimes we are drowning in rain. There were a lot of fruit and vegetables that we used to grow, but now it's not possible anymore.

The summers are longer and hotter and the winter is no winter anymore. Instead of cultivating tomatoes for five month a year, recently it's only possible to grow them for two month. Many farmers don't understand the connection between their problems and the environmental pollution.

We have a lot of polluting industry.Even if we change our behavior or try to convince people to be more carefull with the environment, it won't be enough. We have to act on a bigger level.

These days we vote for a new parliament and a new congress, so it's now or never to take action to show the politicians if they don't act they will lose future voters. Just one of 26 candidates is actually mentioning environmental issues in it's campaign."

"You have to have a position when you see that this affects lives" (Damaris Yarcia, 43 - Manila, Philippines) 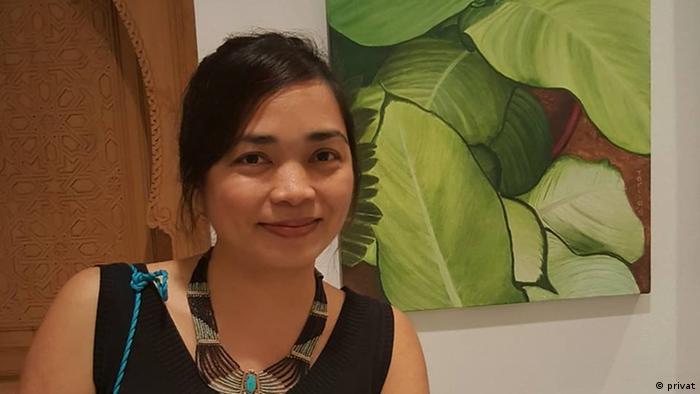 "If I could choose any action which would be taken immediately I would choose to implement no plastics in establishments. Garbage is an issue here especially when it goes into the ocean. Actually our drainage stystem here is blocked by garbage when it comes to rainfalls.

My awareness about these things changed when a typhoon happened a few years ago. It was a big typhoon and many people died.

You have to have a position when you see that this affects lives. I mean if you see just trash on the streets sometimes you even turn a blind eye to it. But if you see on TV how people are caught in the floods and they can't get away from the rushing wave, it's actually traumatic, it changes your perspective on the issue. It becomes personal.

For me it will be the first time that I go to a protest. It is more like a personal protest. For me it doesn't really matter if there are a lot of people or just a handful as long as there are."

"There are many people who say that protesting is not changing anything." (Eduardo Dominguez, 21 - Tuxtla Gutiérrez, Mexico) 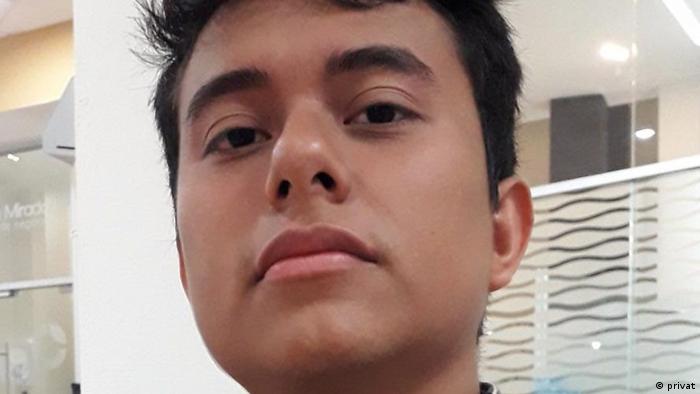 "Here we live in scarcity, there are more and more of us and there are fewer and fewer food products.

Garbage is also a big topic here. The streets are full of trash, and then everything goes into the rivers and then into the sea.

There's not much support for protest here yet. Some have heard about climate change but not much action has been taken so far. There are many people who say that protesting is not changing anything and that we are going to die anyway.

But I personally think of what I have seen from Fridays for Future that protest is useful. If you put in the effort you can make a change even against the government which, in this case, bears a large part of the responsibility.

In July we did the first march. My main motivation is my six-year-old niece. I would like her to have a dignified future and to have the same opportunities that I have already had."

The statements have been edited for length and clarity.

In pictures: Environmentalist groups and their concerns

Tens of thousands of protesters disrupted the IAA car show in Frankfurt on Saturday. The protests were organized by several environmentalist groups. DW looks at the groups, their aims and the problems they want to fight. (14.09.2019)

On the Green Fence: The chemical polluting German drinking water (3/5)