The quiet environmental disaster in Tunisia | Environment | All topics from climate change to conservation | DW | 07.05.2013

The quiet environmental disaster in Tunisia

Tunisia is the fifth largest exporter of phosphate in the world. But though its byproducts are toxic, one factory in the coastal city of Gabes still channels 13,000 tons of the dangerous pollutant into the sea every day. 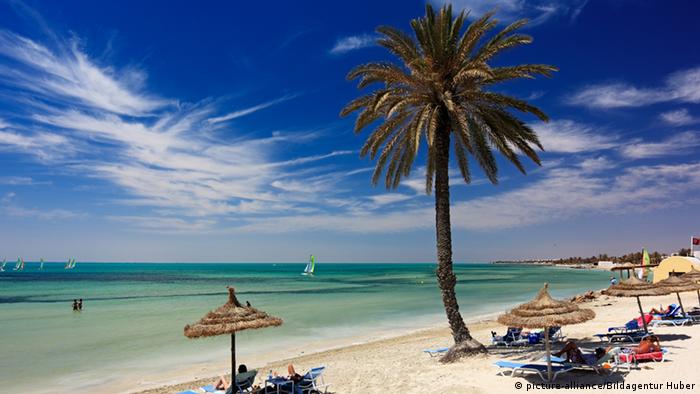 The sun sets behind the palm trees of Chatt Essalam, painting the sea in bright gold. The waves of the Gulf of Gabes gently lap against the beach. It's an idyllic setting, but Gabes, a city with 150,000 residents in southern Tunisia, can hardly pass as idyllic.

The waters of the Gulf are dead. Industrial pollution has led to the ecological destruction. The stench of ammonia hangs in the air; a thick, black brew bubbles up from a sewer and then flows right into the sea.

Gabes' coastal waters are loaded with phosphogypsum, a toxic, slightly radioactive byproduct of the phosphate refining process. Phosphate rock is processed in industrial plants to make phosphoric acids for use in the agriculture fertilizer and food preservative industries.

Tunisia may not have many raw material reserves, but the North African nation is a huge global exporter of phosphate. Phosphate mining is therefore a pillar of the national economy, but it comes at the expense of the environment.

Not what it used to be

"We always used to have fish for dinner after the farmers plowed their fields," Mondher, a resident, recalled. "The sea was so close, the fish would just jump onto the fields. As a kid, I used to swim with the fish and prawns in the sea." 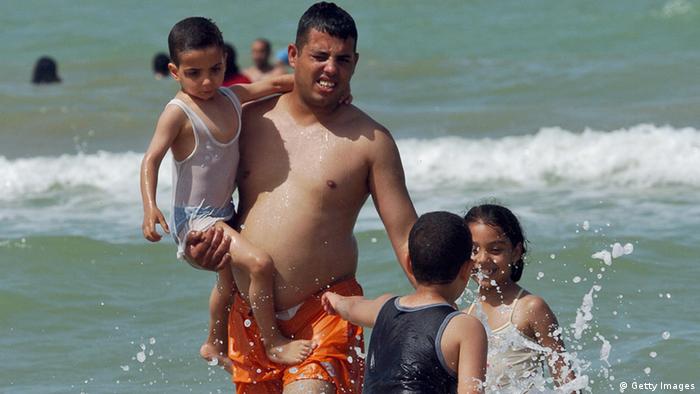 Swimming like this in Tunis is not possible near Chatt Essalam, Gabes, Tunisia - the waters are toxic

Mondher is a male nurse who grew up in the Gabes suburb called Chatt Essalam. It's an oasis located directly at the sea waters - a unique setting in Tunisia. But it is here where the Tunisian Chemical Group built their factory in the early 1970s. Since then, farming has decreased bit by bit in the region. And when the sea does wash something up on shore, it's now usually dead fish or turtles who have tortuously perished.

Not far from the factory, meters-high piles of phosphate sit outside under the open sky. The phosphate is brought in from the mining region up-country, to be refined in Gabes and then shipped around the world. Noureddine Trabelsi is divisional director for environmental concerns at the Chemical Group and aims to advance projects that control damage to the environment. He enthusiastically describes the new plans, placing reports and papers containing figures on the table.

"We have problems with environmental pollution; we can't deny that," he said, pointing out a scheme drawn up years previously, before the revolution, to update the factory. But the projects were complex, and politicians did not offer support. "But the volition is there now, and we have to take advantage of that opportunity," he said.

One new project consists of depositing the phosphogypsum underground, 25 kilometers (16 miles) away from the factory - to keep it from harming the environment. But now, residents from a nearby village are beginning to protest, fearing that the problem will only be transplanted. If the byproducts are not cleaned up before they are stored away, the village residents could also suffer from the toxins and radioactivity. 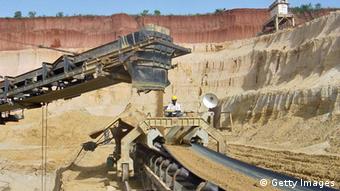 The Chemical Group has estimated that the new plan would cost some 400 million dinars (around 200 million euros, or $262 million), but the company does not have access to those kinds of funds. Employees have striked for weeks and months in the past for better working conditions, bringing production to a standstill and causing main clients to look for new suppliers. There's no money to pay for environmental issues. So Trabelsi is hoping the European Bank for Reconstruction and Development will continue to help out. It already has given support for one project aimed at reducing pollution.

It would take three years to get the new project off the ground, but the Gulf of Gabes would need much longer to recover, said Monia Guiza, director of the Department of Chemical Engineering at the University of Gabes.

"We would maybe see plants begin to grow in 20 years. That wouldn't happen overnight because the damage is so immense," she said. "But it would be nice if we could leave a clean sea behind for our kids, because that would be a true fortune for Gabes."

The sea is not the only thing to suffer from the chemical industry. The business has also put farmers' livelihoods and residents' health at risk. The hazardous emissions cause acid rain, with the toxins landing in the ground water. Nurse Mondher, a member of the Association for the Protection of the Chatt Essalam Oasis, sees the consequences of that every day in his work: asthma, skin disorders, cancer, birth defects.

"The number of fatalities rises every year," Mondher noted. "A child that is born now will die at 40 or 50 from an illness that used to be extremely rare."

The Tunisian Chemical Group is meanwhile relatively open in its communication policy, but those in charge at the chemical plant do not want to discuss health problems employees and nearby residents face. The radioactivity in the area is far below safety limits, the company stresses. Official figures and scientific studies on increased rates of cancer in the region do not exist.

Aat least the first measures to reduce pollution have begun. By 2015, ammonia, nitrogen oxide and sulfur emmisions are supposed to correspond to European standards. But, that could be too late both for the environment and for many people in the Gabes region.

Farmers on the Indian Ocean island of Mauritius have pumped the ground full of chemical fertilizers. In an effort to rescue the soil, the government is offering subsidies on organic compost. (24.04.2013)

Talks have begun in Geneva on an agreement to ban the use of mercury. The metal is a threat to the health of millions, especially in developing countries. (14.01.2013)