The evolution of Greece′s financial woes | Business | Economy and finance news from a German perspective | DW | 16.02.2010

Greece's financial woes started decades ago when the country was ruled by one socialist regime after another. Now experts warn that unless Greece learns from its financial history, it is bound to repeat it. 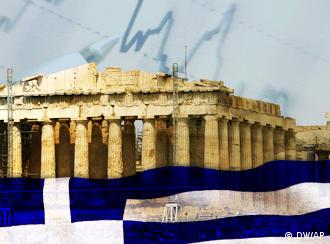 Is Greece doomed to repeat its financial history?

Who would have imagined it? Greece could soon be bankrupt and there are some speculations that Athens will begin refusing payment on its obligations. Due to massive debt and doctored data, Greece has lost the trust of both the European Union and the financial markets. And it's not looking good for Athens, despite an EU security net.

Greece currently owes foreign banks more than $300 billion (219.8 billion euros), which equals 115 percent of their gross domestic product (GDP). Their current debt amounts to more then 12.7 percent of their economic output. But how did it get this far? Spiros Paraskewopoulos, a Greek national currently working as a professor of macroeconomics at the University of Leipzig in eastern Germany, believes the root of the problem lies in the sins of the past.

Specifically, he points to the growth and development policies of the last 30 years, which "have been based on consumption." This consumption was financed through credit, and since the Greeks did not invest any of the money, they now have no way to pay it back, Paraskewopoulos explained.

"So now we're here," he said referring to EU demands to significantly cut spending. "Both the Greek government and people have been living above their means." 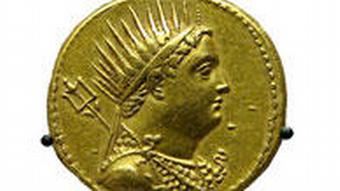 This is not new territory for Greece. Back in the 1980's and 1990's the country faced similar financial difficulties. Back then the socialist governments solved the problem by devaluing the country's former currency, the drachma. That way they were able to shrink imports and raise exports.

But economic expert Babi Papadimitriou said this option became unavailable when Greece entered into the euro zone. Over the past few years the political elite and the Greek government have not really grasped what it means to be a member of the euro zone, the economist said.

"It goes without saying that you have to reduce your deficit as much as possible when you share your currency with other countries," he said. "But those in power have ignored this principle. And the necessary reforms were never imposed."

The state acted irresponsibly as costs began to mount and the ability for the economy to compete on an international level was reduced. When added to the global financial crisis that hit back in 2008, these structural weak points became a full-blown nightmare.

The country's biggest problem is the state itself and the services it offers. According to Professor Paraskewopoulos, the largest share of savings could come from cutting the costs incurred by public employees: reducing tax exceptions, putting a hiring freeze on state offices and reducing employee salaries.

Along with this, he said the government needs to tackle two other major hurdles: tax evasion and corruption. Each year the Greek government loses 20 billion euros in unpaid taxes, and it is estimated that the average Greek family pays out some 1,600 euros annually in bribes. Notoriously, things rarely work in the country without a little money to grease the wheels.

"Those in power have always rewarded those loyal to them with cushy jobs and now we have a bloated government that costs an inconceivable amount of money. That's where you have to start," explained Paraskewopoulos. "Of course that's easy to say, but to really do it, you have to be prepared to deal with the people affected."

And that is exactly what Papandreou's government is facing at the moment. The public sector has gone on strike and indignant farmers are blocking the motorways and border crossings. However, both experts agree that unless they get rid of the subsidies and begin to privatize state agencies, cleaning up the financial mess will be impossible.

EU finance ministers said on Tuesday that Greece's efforts to bring its deficit under control will have to be stepped up. The EU offered its support, but no firm commitments on specific aid. (16.02.2010)

Ireland's economy was once the envy of Europe. Now, with debt mounting, an economic comeback in 2010 appears increasingly unlikely as the Celtic tiger struggles to avoid the fate of Greece. (16.02.2010)

Greece has assured its euro-zone partners it will present a plan for further budget cuts in March, if its current austerity measures are not adequate to rein in its massive deficit. (16.02.2010)

Does the Greek crisis endanger the EU's status on the world stage?

European Union President Herman Van Rompuy was hoping to use the summit of EU leaders to put his personal stamp on Europe's economic policy. Instead he's fighting to save the EU's status in the world. (12.02.2010)