The idea that the European Central Bank would become so big and powerful was something that its founders did not expect 20 years ago. In fact it has become more powerful the more the monetary union has been threatened. 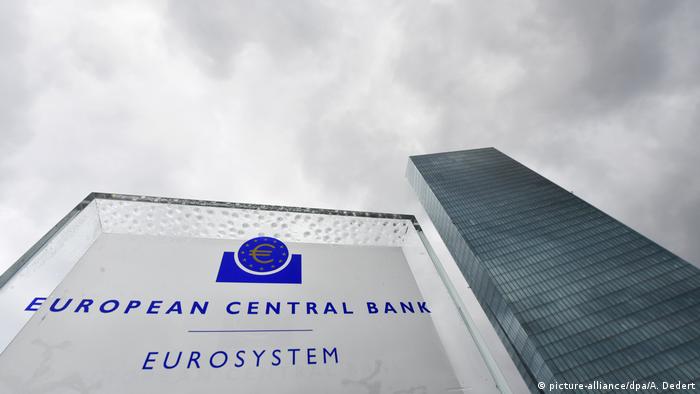 The clearest indication of the ECB's power was given by its current President Mario Draghi in the summer of 2012, when he was able to prevent the break-up of the currency area with a single sentence: "Within our mandate, the ECB is ready to do whatever it takes to preserve the euro and believe me, it will be enough."

Back then, Draghi set out to fight speculators, who had started placing bets on the demise of the euro area because of the bloc's debt crisis.

Originally, just 11 nations adopted the euro, with the ECB assuming monetary responsibility for the single currency on June 1, 1998. The number of countries using the euro has risen to 19.

In 1999, the euro became central bank book money, and three years later it became paper money, that is cash money. The ECB's first president was Wim Duisenberg from the Netherlands. His major mission was to increase financial market players' and ordinary people's faith in the euro as a stable and reliable currency.

Duisenberg and his successors have succeeded in doing just that, given that the eurozone's inflation rate — a barometer for stability — has reached an average 1.7 percent since the beginning of 1999, a lower average rate than that logged by the German central bank, the Bundesbank, over its 50-year history.

Today, the ECB, which was actually modeled on the Bundesbank, still aims for an inflation rate of a little under 2 percent.

Ever since the onslaught of the global financial crisis in 2008, the ECB has been in crisis mode. At first, no one criticized the bank's move to pump billions into financial markets after the collapse of Lehman Brothers. 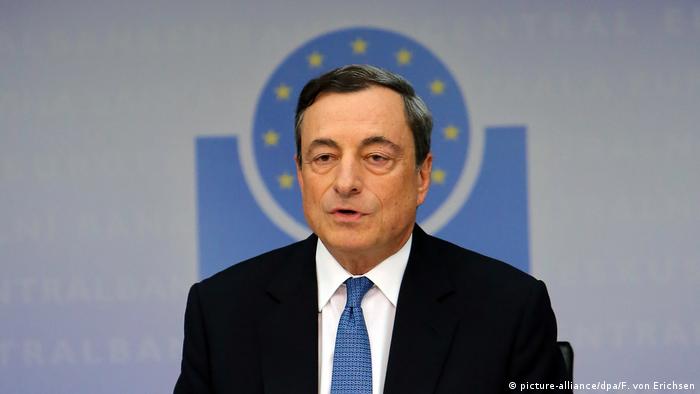 But when a full-blown debt crisis hit Europe in 2010 and Greece threatened to default, the ECB's policy changed under Duisenberg's successor, Jean-Claude Trichet of France. Governors decided to soak up sovereign debt, which made the bank the target of stark criticism.

Particularly in Germany, many policymakers sensed a ban on the direct financing of member states had been violated. Mario Draghi, the Italian who followed in Trichet's footsteps, even widened the ECB's bond-buying program. The lender has been absorbing sovereign bonds and other assets, flooding markets with a view to making the borrowing of money cheaper and lowering member states' interest payments.

Member states have largely relied on the ECB to pump even more liquidity into markets, prompting Draghi to urge governments to fix their budgets and finally implement necessary reforms to this end.

But most members haven't done their homework yet. "If things are going smoothly, member states take the credit for it, but if something goes wrong, the say Europe and the ECB are to blame," says the president of the German Institute for Economic Research (DIW), Marcel Fratzscher.

The ECB as a crucial eurozone institution bears a lot of responsibility, says the lender's former chief economist, Otmar Issing. He believes that this responsibility is sometimes more than what the bank is mandated to be and do. Issing fears policymakers will not approve of this situation forever and might clip the lender's wings as an independent institution.

In fact, the ECB is no longer just the guardian of the single currency. It has also assumed banking supervision in the euro area and it looks to ensure financial stability. Through its communication channels, the lender makes sure market players get a better idea of where it's heading.

This way, the ECB has a pivotal role to play in calming markets in times of uncertainty. Recent developments in Italy have shown just how important that can be.

After all, there's been the specter of Italy leaving the eurozone, should euroskeptic forces eventually form a government there. In light of this prospect, the odds are that the ECB will not normalize its monetary policy any time soon.

DIW President Marcel Fratzscher is convinced, though, that the central bank is able to manage the current crisis. He's even certain that more European Union countries will adopt the euro to eventually help it become a second global currency alongside the greenback.