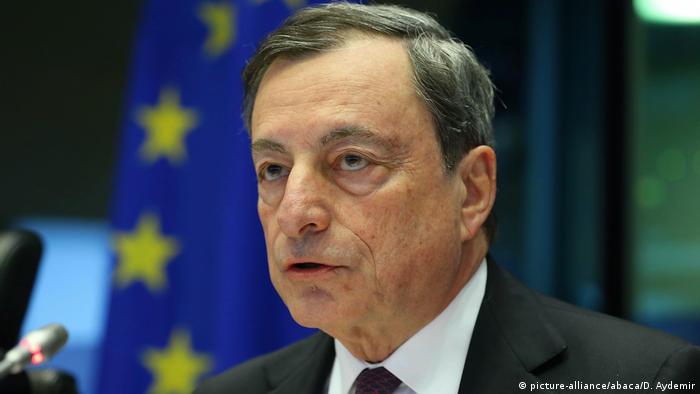 Slack in the eurozone economy may be larger than estimated and could slow the rise of inflation, European Central Bank President Mario Draghi said on Monday.

He told the European Parliament's committee on economic affairs that abundant monetary stimulus was still required, despite a strengthening recovery in the 19-member monetary bloc.

His comments referred to the ECB's asset purchase program, which began three years ago, and which has seen the central bank spend €2.55 trillion ($3.14 trillion) to buy government bonds and other financial assets.

The purchases have helped keep borrowing costs low, which in turn have boosted spending and investment in the eurozone economy.

Lawmakers in Brussels heard that "patience and persistence" are still needed in monetary policy to help raise inflation to more normal levels, above the current annual 1.3 percent.

"Given the uncertainty surrounding the measurement of economic slack, the true amount may be larger than estimated, which could slow down the emergence of price pressures," Draghi said. "This is particularly visible in the labor market."

Analysts said his comments suggested the ECB is confident that inflation is finally on an upward trend, toward its nearly 2 percent target and that the bank could finally end its bond-purchase program this year.

The ECB reduced its bond purchase stimulus — a form of quantitative easing — from €60 billion a month to €30 billion a month at the start of this year. The bank has said the purchases will continue at least through September, and longer if necessary.

Some ECB officials have called for the tapering of the bond-buying scheme to be speeded up. The issue is likely to top the agenda at next week's ECB Governing Council meeting in Frankfurt.

Following a meeting of central bank governors, ECB chief Mario Draghi has voiced concerns about the current strength of the euro area's single currency. The development makes it harder to exit crisis-era measures. (25.01.2018)