"The Death of Stalin," which hits theaters in Europe and North America this month, makes light of one of the 20th century's most brutal dictators. Banned in Russia, the film is likely to strike a chord abroad. 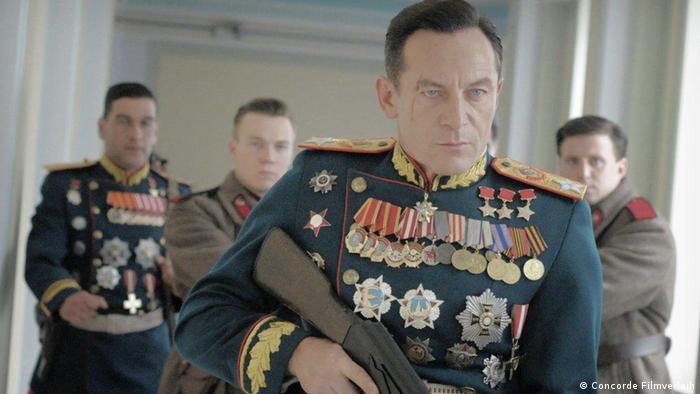 The film opens with a classical music concert. Soviet leader Josef Stalin hears it, and is immediately taken with the performance. As it comes to an end, he calls the director of the concert house and requests a recording. Unfortunately, the orchestra wasn't recorded. What now?

The concert must be repeated in its entirety, starting from the first note, and atmosphere in the concert hall must be exactly the same. The conductor and pianist must be persuaded to replay the entire concert. Technicians hurriedly attempt to get the audience, most of which has already left, to stay. But the half-empty rows of seats are ultimately filled with passers-by.

No one wanted to find out what would have happened had Stalin not received a recording of the concert. "The Death of Stalin" is set in 1953, a world in which the dictator's reign of terror has lasted for decades. Anyone not 100 percent in agreement with his way of doing things is arrested, kidnapped and murdered. Few would dare take the risk, not even the confused spectators and musicians in the concert hall. Rule No. 1: don't provoke a dictator.

"The Death of Stalin" is a dark political satire about one of the 20th century's most brutal reigns of terror. The movie is based on historically authenticated facts, only slightly changed. As a result, history, comedy and grotesque grandiosity merge seamlessly.

Behind the film are writers, producers and a talented cast of actors led by Scottish director Armando Iannucci. "The more you find out about these true events, the more farcical it was," he said ahead of the film's release. Iannucci is a specialist when it comes to political satires, known for the award-winning US series "Veep," about a fictional vice president, and "The Thick of It," which looks at the inner workings of British politics. 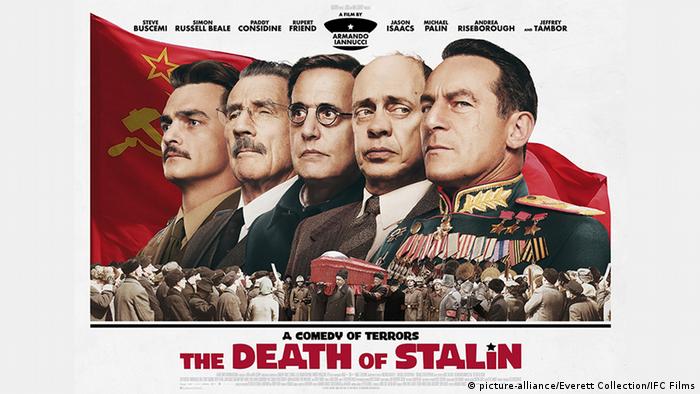 Not just a dark comedy

According to the director, it's not just a dark comedy with silly jokes: "I think in comedy the more authentic events and details you can include the funnier it is," he said.

After the introductory sequence, "The Death of Stalin" details the hours and days after Stalin's brain hemorrhage in early March 1953. Who will grab the reins of power after his death? How will Russia deal with Stalin's "legacy"? Will the Kremlin be taken over by hawks or pigeons — and what will that mean for those on the opposing side?

The film, based on a French graphic novel, gathers the Kremlin's inner power circle on the screen. There is Nikita Khrushchev, who would win the competition for power, played by Steve Buscemi; Lavrentiy Beria (Simon Russell Beale), the dreaded chief of the secret police; Deputy Secretary General Georgy Malenkov (Jeffrey Tambor); Foreign Minister Vyacheslav Molotov (Michael Palin), a close confidant of the dictator; and finally, World War II commander Marshal Georgy Zhukov (Jason Isaacs), who in 1945 accepted the unconditional surrender of Nazi Germany, but was demoted shortly before Stalin's death. The cast of characters also include Stalin's daughter and his son, played by Andrea Riseborough and Rupert Friend. All of them fight for power after the dictator's unexpected demise. 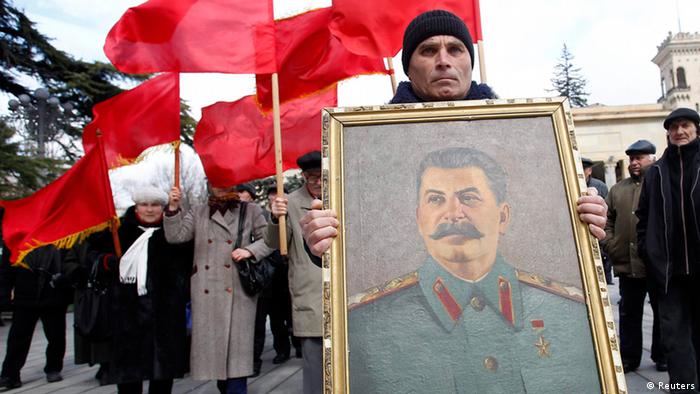 Some Russians — and Georgians, here in his hometown of Gori, near Tbilisi — still mark the anniversary of Stalin's death

Walking the line between comedy and tragedy

"The Death of Stalin" does not hide what was going on while Stalin was on his deathbed. "I wanted the audience to be reminded that these characters' actions and decisions had devastating consequences for the people," said Iannucci. He realized that he, and his team, had to be very respectful of the facts, such as "the fact that millions were killed or disappeared." This cannot be shied away, or joked about: "you have to deliberately recognize that at all stages in the film."

And what does the film tell us about the events of today? "'The Death of Stalin' may be set over 60 years ago, but it offers some sobering lessons about today's political landscape," said Iannucci. The idea for the film was floated three years ago, when "no one knew about Brexit or Trump." At that time, Iannucci was deliberately searching for a topic, "something about dictatorship, about authoritarianism, about how a country can be terrorized by a personality even though that character might not be charismatic, exploring concepts such as groupthink." 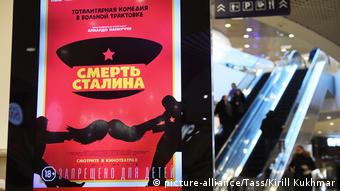 Some theaters in Russia briefly showed the film, before it was banned

Perhaps that's why "The Death of Stalin" was banned from Russian cinemas in January, shortly before its announced theatrical release. The film was a mockery and abomination, a Western conspiracy to destabilize Russia, according to the Russian Culture Ministry.

But filmgoers in Germany will remember that it wasn't too long ago that comedic films about Hitler, Goebbels and the rest weren't allowed. Laughing at Hitler — that was (and still is) — a touchy topic.

Movies like "Mein Führer: The Truly Truest Truth About Adolf Hitler" (2007) and "Look Who's Back" (2015) show that Germany is now willing to walk the cinematic tightrope and deal with its past. Russia, apparently, still has a way to go.