The changing skies of Europe | Business | Economy and finance news from a German perspective | DW | 14.12.2017

The changing skies of Europe

Airlines are going out of business but the current consolidation in European aviation is "long overdue" say experts. More change is coming, but, overall, things look good for consumers as competition stays fierce. 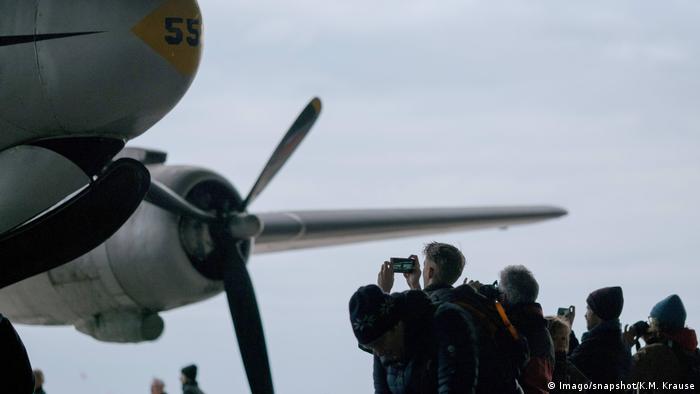 A walk through the old departures hall at Berlin's Tempelhof airport is to be reminded of the ever changing nature of European skies, not only because of its intimate interiors or its dated equipment.

But behind the old check-in desks — which like the rest of the terminal building has barely changed since the airport ceased operations nearly a decade ago — are the insignias of airlines you've probably never heard of. Most of them no longer take off; they have either disappeared altogether, been rebranded into something else or have been swallowed up and subsumed within some larger power.

This year has seen plenty more European airlines slip behind the clouds. Austrian airline Niki has become the latest to file for bankruptcy, collateral damage in the wider Air Berlin collapse. Italian flag carrier Alitalia filed for bankruptcy in May while low-cost British airline Monarch went out of business in October, stranding passengers in holiday destinations all over the world.

Fighting spirit in the sky

Aviation is a monumental, mega-bucks business and when an airline goes bust, the bigger beasts quickly circle in the battle for planes, coveted landing slots, ground operations and other prized aviation assets.

This year, Lufthansa, Ryanair and easyJet (numbers one, two and five in the list of Europe's largest airline groups by passenger numbers ) were primed early on to pick up most of the assets of their fallen competitors.

European antitrust regulators were on guard though — their objections have reportedly scuttled the Lufthansa-Niki deal and they may yet present a surprise decision next week on Lufthansa's partial takeover of Air Berlin assets.

Ryanair's own grand ambitions have been beset by problems closer to home. Staffing issues led to tens of thousands of flights being cancelled in September, and now the airline is facing a pilot strike on December 20.

The fact that Ryanair itself puts the latest reports of industrial activity down to "more PR activity by the Lufthansa pilots group" points to the level of mutual distrust that currently exists between the two biggest airlines in Europe.

So what's causing all this turbulence? Andreas Spaeth, an international aviation expert, believes we are witnessing a long overdue consolidation within European aviation. He believes that many of the airlines now going out of business would have done so much earlier, had they not been propped up either by their own home countries or by other larger airlines.

"It was always clear that there were too many players in the market and that there was a need for consolidation, so in a way it is not surprising that this is coming," he told DW.

Citing the examples of Alitalia, kept in business by the Italian government for several years despite performing poorly, and Air Berlin, which was in trouble as soon as Etihad Airlines stopped funding it this year, Spaeth saw their continued presence in an already crowded market as unrealistic.

"They were not allowed to die, and that was not a good thing," he said.

The European aviation market has traditionally been far more fragmented than other global aviation markets, but competition in the continent's short-haul business has been intensified recently by sustained lower fuel prices and the increasing influence of low-cost airlines.

As recently as 2002, low-cost airlines accounted for just 9 percent of the European market share. In 2017, it was up to 43 percent, according to figures from OAG, an air travel intelligence company.

This has all put added pressure on airlines that were already struggling. With low-cost giants such as Ryanair and easyJet, as well as Lufthansa subsidiary Eurowings, battling for dominance in the short-haul sector, it is inevitable that some airlines have and will continue to fall to earth. 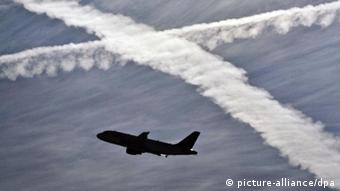 Yet there remains a long way to go before European skies are as consolidated as American ones. According to OAG, the top six airlines in western Europe still only account for 43 percent of the overall market, compared with the 90 percent share the top six US airlines have across the Atlantic.

Therefore, more consolidation looks likely, which in turn — logic might suggest — could lead to higher prices for customers. However, Spaeth does not see this happening.

He believes competition will continue to be intense in the European short-haul market and he also highlights the growing influx of long-haul low-cost carriers, such as Norwegian Airlines, Eurowings and Level (part of IAG which also owns British Airways).

Another important dimension, according to Spaeth, is an increasing "segmentation" of the industry, namely a split between those offering long-haul and short-haul services.

"This would have been unthinkable even five years ago, but now there are official talks between Ryanair and Lufthansa and between easyJet and Lufthansa," he said.

"These big low-cost carriers with a very big European network might step in and fulfill this feeder role which is essential for the mainline carriers to bring people to their long-haul flight."

It all suggests that while more turbulence is likely in the short term in European aviation, calmer skies are not that far away.