It has been a difficult few months for Ryanair. First the airline had to cancel thousands of flights and now it is facing the threat of strikes after some of its pilots across Europe voted to take action. 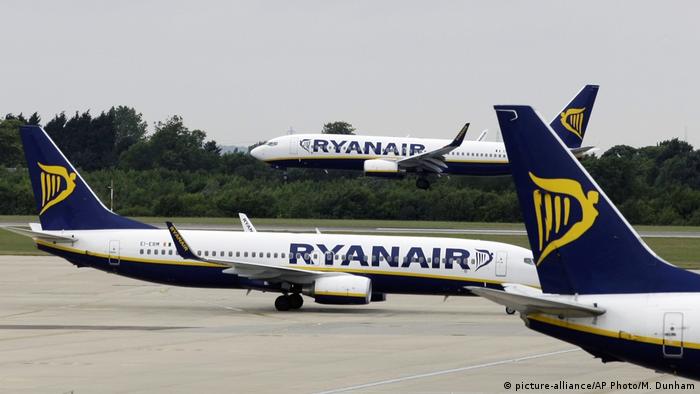 Ryanair pilots in Germany have joined counterparts from Ireland, Italy and Portugal in voting to take some form of industrial action in the near future.

Vereinigung Cockpit (VC), the German pilots union that represents some Ryanair pilots based in Germany, announced the decision on Tuesday, although it is not yet clear when industrial action would take place or indeed, precisely what form it will take.

The news comes alongside confirmation from the Irish Airline Pilots’ Association (IALPA) that its Ryanair staff members will strike on Wednesday, December 20.

In a statement, the VC union said: "This is intended to enforce collective bargaining to regulate fair working and remuneration conditions for Ryanair pilots."

VC president Ilja Schulz said: "We want to agree contracts with Ryanair. We see no other way". Any plans to strike would not take effect during the December 23-26 Christmas holiday period, the union added.

Ryanair responded with a strongly worded statement, saying it had not been notified of any impending industrial action and also calling into question the motives of the VC union, with which it says it will not engage.

"Ryanair has received no notification of any industrial action by its German pilots so we suspect this is more PR activity by the Lufthansa pilots group VC," it said.

"If any such action takes place, Ryanair will deal with it head on, but we will not deal with or recognise the Lufthansa pilots union VC, regardless of what action — if any — takes place."

Trouble at home base

Unlike in Germany, specific strike action has now been confirmed in Ryanair's Irish base. IALPA voted on Monday to take some form of industrial action and now an umbrella trade union in Ireland has confirmed the planned December 20 strike, which will be staged mostly by directly-employed Ryanair captains based in Dublin.

Pilots in Italy and Portugal also voted for similar action over the past week and following the confirmation of the Dublin strike, it remains to be seen what specific strike action will be put in place by Ryanair pilots based in other countries.

Ryanair responded by saying that the 24-hour strike action "has the support of less than 28 per cent of Ryanair’s over 300 Dublin pilots" but it did not specify what percentage of Ryanair captains — without whom, planes cannot fly — support the action. 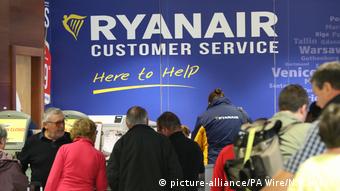 "While some disruption may occur, Ryanair believes this will largely be confined to a small group of pilots who are working their notice and will shortly leave Ryanair, so they don’t care how much upset they cause colleagues or customers," the airline said in a statement.

Flying through the storm

It has been a chaotic few months for the Irish airline. A mass of flight cancellations announced in September caused travel chaos for hundreds of thousands of passengers and pointed towards serious underlying industrial relations issues within the airline.

Ryanair has steadfastly refused to engage with unions over the years, but relations between the airline and its staff — particularly pilots — have become increasingly strained. Rostering issues, combined with what is believed to have been a significant shortage of available pilots, is believed to have the main cause of the mass cancellations.

Since then, an increasing number of Ryanair pilots have been seeking collective bargaining power rights. So far, Ryanair has refused to engage in any collective union negotiations, but the growing possibility of strikes — something the airline has studiously avoided in its 33-year history — may force its hand.

It is almost one year since Ryanair pilots based in Germany formed a "company council" as part of the Vereinigung Cockpit union to represent their interests in Germany. As well as that, the recently formed European Employee Representative Council (EERC) is seeking to represent Ryanair pilots based across Europe but mirroring its policy towards unions, Ryanair has so refused to engage with it.