Up in the air? Ryanair’s growing pains

The low-cost Irish airline has suffered its most turbulent period, with almost a million individual flight cancellations announced in the space of two weeks. But what’s behind the drama and can the carrier soar again? 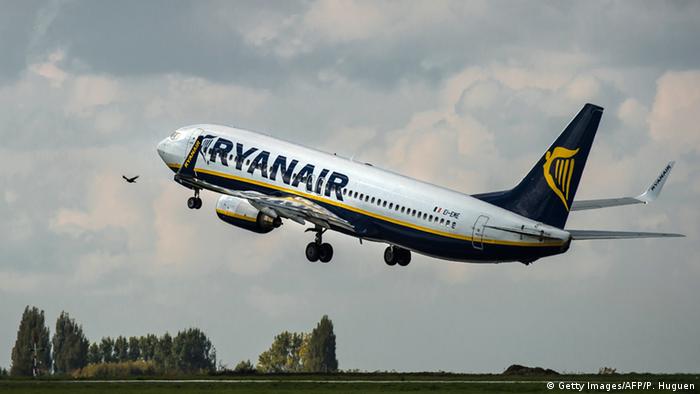 If a week is a long time in politics, then two weeks has been an eternity in aviation for Ryanair, the low-cost Irish airline that has surely gone through the most dramatic fortnight of an already colorful 33-year existence.

It started with an email to thousands of passengers on September 15 informing them without explanation that their upcoming flight — later confirmed to be almost 400,000 individual passenger flights in September and October — had been cancelled. Three days later their normally irrepressible CEO Michael O'Leary issued a substantial and lesser spotted mea culpa. "It is my mess-up. Therefore I have to clean it up."

Three days later at the Ryanair AGM, the more abrasive style returned. "We are in an era now where the computer does most of the flying," said the billionaire. "They (pilots) are very skilled professionals. But are they hard-worked? No."

Had the storm been navigated? Not quite. Last Sunday, the carrier was trumpeting a one million seat flash sale but by Wednesday (September 27) the turbulence was back — it was dropping its bid to buy Italian flag carrier Alitalia, being warned about misleading passengers by the UK's Civil Aviation Authority and most critically, cancelling another 400,000 flights and suspending 34 routes in the November-March period.

‘The worst situation Ryanair has found itself in'

Despite its success over the years, Ryanair has attracted its fair share of negative headlines but this episode is drastically different. In his brief as the consumer affairs correspondent of The Irish Times newspaper in Dublin, a few miles away from Ryanair's headquarters, Conor Pope has followed the remarkable fortunes of the company closely over the years. He has seen it grow from being a tiny, provincial loss-maker on the edge of Europe to being, by most metrics, the largest airline in the continent and one of the biggest in the world.

"I would imagine this is possibly the worst situation Ryanair has ever found itself in, because whatever you could say about Ryanair in the past, the one thing you could always say was it got you from A to B on time and it did it at a fairly low price," he told DW.

"That was its unique selling point. They may not have done it with a smile, they may have imposed rules that people felt were unfair, they may have had the irritating jingle, the lurid yellow color in the cabins, but they always got you from A to B on time. This current crisis has blown that out of the water."

There are many angles to the Ryanair story, but perhaps the most pressing is the issue of passenger rights in the face of the cancellations, a question hundreds of thousands of people across Europe and elsewhere are now grappling with. EU law — specifically Regulation 261 — is clear on the matter and Ryanair insists it will comply fully and pay customers whatever they are owed.

"Airlines operating in the EU need to respect European rules," an EU Commission spokesperson told DW. "Thanks to the EU, passengers whose flights are cancelled have a comprehensive set of rights… it is not for the Commission to comment on operational decisions made by airlines but we expect Ryanair to comply with the European rules on passengers' rights."

For Ryanair, this goes beyond the loss of a few million in compensation or a share price fluctuation. It has done significant reputational damage in an area where, despite other quibbles, it was previously unassailable – reliability. It has also halted the airline's seemingly unstoppable growth curve, a wonder of the global aviation industry for years. Ryanair has sharply cut its growth estimates for 2018 on the back of the cancellations and its pulling of the Alitalia deal shows how the crisis is affecting other aspects of the business.

While Ryanair have said they will fulfil their obligations to passengers with regard to EU Law 261, they face other legal issues. The UK's Civil Aviation Authority has launched enforcement action against them for "persistently misleading passengers" — this in reference to the manner in which they have communicated details on passenger rights in the wake of the cancellations.

Ryanair have primarily blamed roster issues for the dramatic series of cancellations. The law in Ireland regarding annual vacation time in the aviation industry will change in January 2018 and Ryanair had to allocate a full year of vacation time into a nine-month period to comply. Yet many industry insiders have suggested that their problem is actually a simple lack of pilots, with Ryanair supposedly struggling to hold onto its pilots in an era of increased demand from other markets.

For Conor Pope, the truth lies somewhere in the middle. The rostering difficulties are real he says, but so too, is the shortage of pilots.

"It is a pilots' market," he said. "There are more airlines, there is more money. More demand is being created with the likes of Norwegian Air, airlines in the Middle East and in China. So with more demand, the pilots have greater power. And I'm not sure if Ryanair was fast enough to recognize that."

As bad as the past fortnight has been, some perspective is required. Despite its tendency to attract criticism, Ryanair's growth from a single plane airline in 1985 to the European giant it is today has been phenomenal and that success in an exceptionally competitive industry deserves praise.

Their argument that the ongoing crisis affects a very small percentage of their annual 131 million passengers — however frustrating it is for those affected — is not without truth. Ultimately, Pope sees the crisis as an inevitable turning point for an airline whose rapid rate of expansion had to eventually slow as it met its own limits.

"Maybe the success of the airline in the recent past has created unrealistic expectations of what a low cost carrier can do," he says.

Yet his instinct says the airline will eventually emerge relatively unscathed. "I wouldn't be overly worried if I was a Ryanair shareholder or senior executive because the company is still doing phenomenally well. It needs to get over this, to repair the reputational damage it has done. But I think you will find that people have very short memories and customers will quickly forget about it."

That remains to be seen, but what does look certain is that Ryanair will have no option but to remember this crisis and learn quickly. Their tagline is "Always getting better:" that strident mantra faces its biggest test.