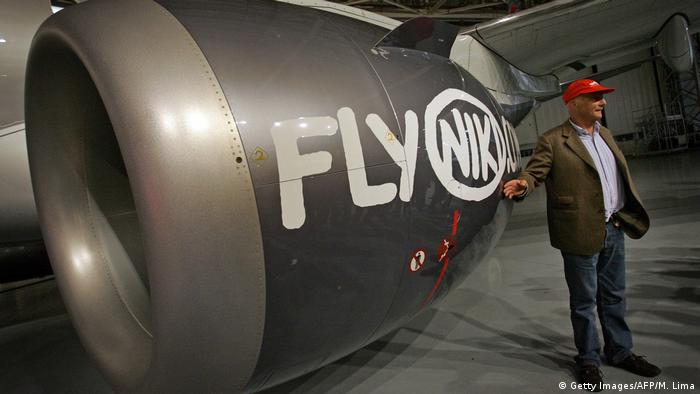 A court in Berlin said Wednesday that Niki had applied to open insolvency proceedings, with the Austrian airline seeking to carry out procedures under its own administration. Although parent Air Berlin filed for insolvency in August, Niki, which has a fleet of 21 Airbus aircraft and 1,000 staff, was not part of the proceedings. Now all flights have been grounded.

Niki's decision came after German flag carrier Lufthansa said earlier it was abandoning its efforts to acquire Niki, citing persistent objections by EU antitrust regulators against a possible tie-up between the two airlines.

Since the airline simply closed down without notice, the race is on to find a buyer and to bring home the nearly 10,000 passengers who are stranded with no return flight. The Austrian government is looking into charter flights and other airlines are working on additional flights to the affected cities in order to bring people home.

Compensation  for these customers is unlikely, though travel agencies are urging flyers to lodge the appropriate complaints now in the hope to possibly getting something back in the future.

"Lufthansa informed Air Berlin and its insolvency managers that it will pursue the planned transaction without the purchase of Niki," Lufthansa said in a statement.

The move comes after the European Commission said last week it had "deep competition concerns" about Lufthansa's plan to buy 81 aircraft from Air Berlin's 140-strong fleet plus Niki for €210 million ($250 million). EU regulators are especially worried about Lufthansa's likely dominance in European skies following the takeover.

The EU Commission on Wednesday defended its action in a statement, saying its role was to make sure that mergers didn't make consumers worse off.

"It was clear from the start that Lufthansa and Air Berlin overlap on a very significant number of routes, with clear risks to Austrian, Germans and Swiss consumers and to effective competition," the statement said.

The current uncertainty for Niki employees and passengers was the result of Air Berlin's insolvency, it stressed, as well as Lufthansa's decision to drop the transaction.

"It is regrettable, in particular because this was not the only possible outcome since the start of the sales process," the Commission said, adding that usually competition concerns in merger cases can be addressed by offering "adequate remedies."

In a bid to allay EU fears, Lufthansa offered to give up many of the precious takeoff and landing slots it originally wanted under the deal. Those included some of the slots belonging to LG Walter, another Air Berlin subsidiary.

Lufthansa says the Commission sees these concessions as "unsatisfactory and signaled clearly that it could not allow taking over and integrating Niki" into Lufthansa's low-cost subsidiary, Eurowings.

The decision by Lufthansa has plunged Niki into financial turbulence as it lost bridge financing from the German airline giant. Niki's aircraft continued to fly as it was not subject to the same bankruptcy conditions as Air Berlin.

Air Berlin said in a statement Tuesday that prospective buyers IAG had withdrawn their interest in Niki, while there was also no workable offer from Thomas Cook, leaving Lufthansa as the group's only option for sale. Meanwhile, however, the airline's founder, Niki Lauda, said on Wednesday that he was "still interested" in buying Niki.

There are still too many aviation competitors in the skies over Europe. A looming carve-up of Germany's second-largest and insolvent carrier, Air Berlin, is pointing to even more consolidation in the sector. (15.09.2017)