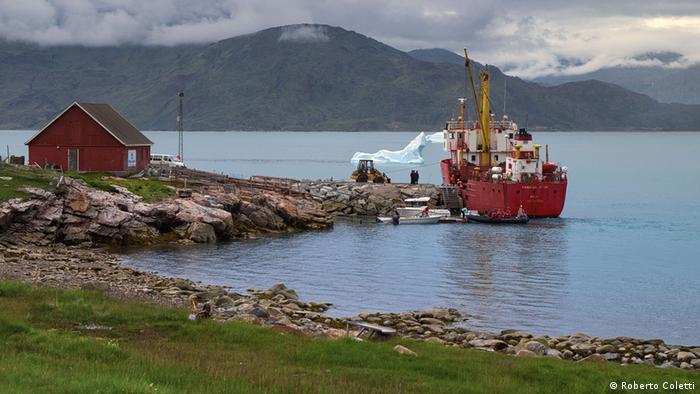 Third-generation farmer Naasu Lund surveys her land, the silence punctuated only by a fierce wind and the bleating of grazing sheep. Her farm, near the town of Narsaq in southern Greenland, is located just 7 kilometers (4.3 miles) from a proposed uranium and rare earth elements mine.

She had been worried that the surrounding nature and her farm, which also hosts holidaymakers hoping to enjoy Greenland's untouched countryside, would be in jeopardy. She can breathe a sigh of relief. The mine has been halted for now.

"We are guardians of this land … and consider ourselves to be a part of nature," said Lund. "We have now the opportunity to develop it in the way we feel it is fair to do."

The proposed Kvanefjeld mine became a flash point for elections in Greenland this month, toppling the pro-mine Siumut party, which has had an almost uninterrupted hold on power since 1979, when the country gained home rule from Denmark.

Now, the pro-independence Inuit Ataqatigiit (IA) is Greenland's largest party after it ran a green and anti-mine platform. It's promised the Kvanefjeld project will not go ahead, although it must first enter coalition negations with other parties, including Siumut. 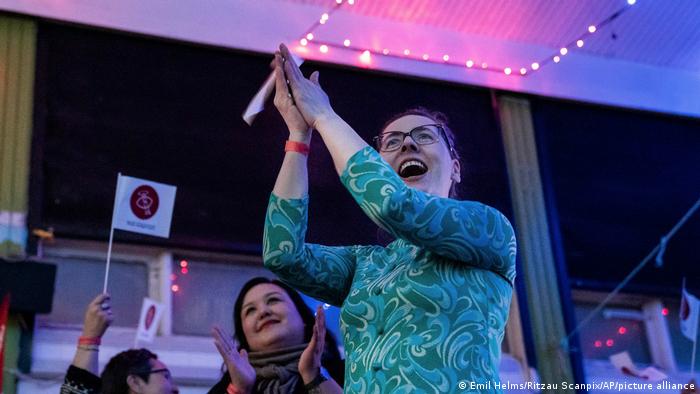 The controversy over the mine reveals a split on the island over balancing future economic development with protecting the pristine Arctic environment. And the debate has heated up in recent years as global warming melts Greenland's ice cover to reveal rich mineral, oil and gas resources that are attracting international interest from countries like the China and the United States.

"Rare earths can attract many countries, but China has a monopoly on the technology and the necessary skilled labor for the extraction processes," said Jesper Willaing Zeuthen, an associate professor at the University of Aalborg in Denmark and an expert on Arctic-China relations.

Kvanefjeld is home to one of the world's largest undeveloped deposits of rare-earth elements outside of China. Seventeen elements, including scandium and yttrium, are buried deep underground there. They are  used in everything from cell phones and wind turbines to electric cars. Mining advocates say tapping into them would be a major financial boon for Greenland. 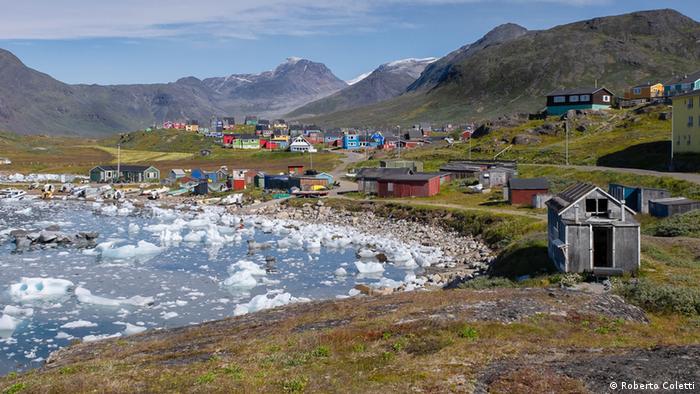 Residents of the picturesque village of Narsaq were concerned about water, air and soil pollution from the proposed mine

For an economy largely dependent on fishing, tourism and a $600 million annual subsidy from Denmark, resource exploitation is seen as a way to boost government coffers and provide a path to independence. Polls indicate support for secession from Denmark. One carried out in 2018 by researchers from the University of Copenhagen found around 67% of respondents supported an independent Greenland at some point in the future.

"It is not certain that the Kvanefjeld mine project will never be realized," said Mikaa Mered, a lecturer on Arctic affairs at HEC business school in Paris. "If the Siumut party returns to power in the future, the struggle for independence could still be played through the uranium mines."

But Kvanefjeld's opponents argue that economic arguments are overplayed, saying it won't bring jobs, because the expertise to develop, extract and process rare-earth minerals doesn't exist on the 56,000-strong island. Furthermore, they argue, the potential threat to the island's pristine ecosystem is underestimated.

"Normally, local people don't earn money from mines as promised in the beginning, but after mining they are left with polluted land," said Mariane Paviasen, an IA member of parliament from Narsaq who has been campaigning against the mine since 2013, speaking of similar projects around the world. 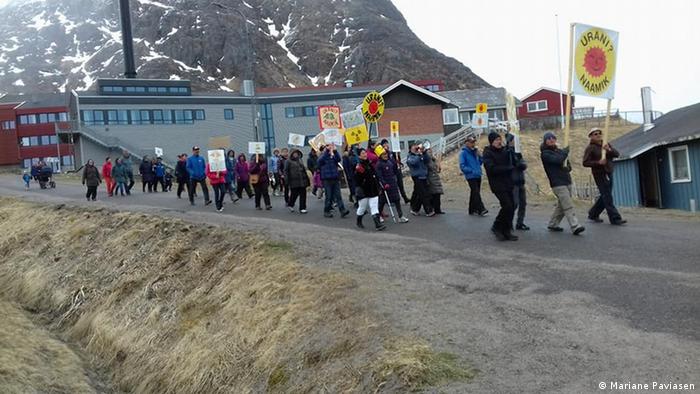 Narsaq's largely Inuit population were concerned that dust from uranium and other radioactive byproducts would be blown across the landscape. Locals and environmentalists, including Friends of the Earth Denmark, worried about contamination of soil, water and marine life from mining waste. Fishing is one of the town's main industries.

"Our life depends on the sea," said Ole Jorgen Davidsen, a fisherman and member the country's fishers' association KNAPK. "Our cultural heritage, our economy and even our free time are linked to where we live. Fishing is the livelihood method for the majority of families here."

GML refused to comment on the electoral outcome and what it would mean for the project but told DW before the election that it had done robust safety and environmental assessments.

A green path to independence?

For Lill Rastad Bjorst, associate professor of social science at Aalborg University, Inuit Ataqatigiit's electoral success is indicative of the importance of the environment to Greenlanders' identity and the mark left on Inuit communities by Denmark's colonization of the country. Some 88% of the island's population is Inuit or Danish-Inuit.

Bjorst has been working with the Narsaq community since 2013 and said locals felt like "bystanders to the development project" as Inuit communities have been to the 300 years of development in the country under direct Danish rule, which stretched from the early 18th century to 1979.

The IA party, she says, wants to achieve independence over time by allowing Greenland to grow economically and by improving livelihoods with a "respect for the environment." That could include improving agricultural production at home "to reduce our ecological footprint linked to transport and look for alternative ways to independence," according to IA's Mariane Paviansen. The country now largely relies on food imports. 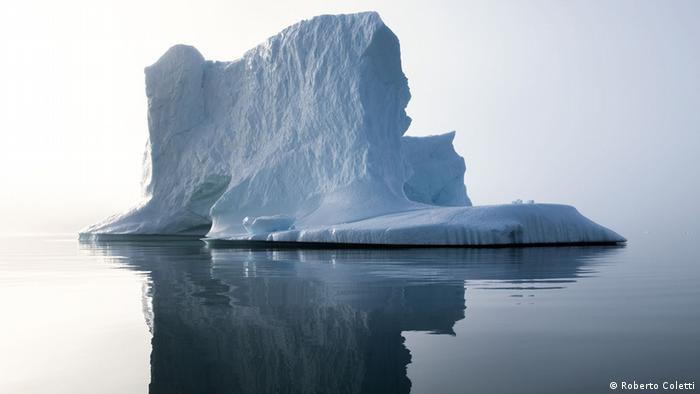 An iceberg floating off Narsaq town. As Greenland warms, its rich mineral deposits are opening up to speculation

With the Arctic warming twice as fast as the rest of the world, the party has also promised to sign up to the Paris Agreement.

Still, a poll in local newspaper "Sermitsiaq" ahead of the election showed that while 63% of respondents were against the Kvanefjeld mining project, just 29% were against mining in general. And as climate change continues to make Greenland's natural resources more accessible and attract more international interest, Greenlanders will have to continue to find the balance between economic development and environmental protection.

"The Inuit Ataqatigiit party doesn't want uranium mining, but it has not ruled out mining activities involving zinc and gold," said lecturer Mikaa Mered. "This may be part of the Greenlandic development plan which has not yet be presented by the party."

Is it time to rent, not buy, electronics?

Greenlandic women are transforming the Arctic's art scene and releasing their Indigenous identity from its colonial past. They're pushing for visibility and representation through their craft.

The electoral victory is setback for mining companies eager to push ahead with the extraction of rare earth metals under the Arctic island.

The outcome of parliamentary elections could seal the fate of one of the world's richest uranium and rare earth minerals deposits.