The Balkans face their #MeToo moment

There was uproar after a Serbian actor accused her acting teacher of repeated rape. Women from Croatia, Montenegro and Bosnia are raising their voices. The Balkan #MeToo movement has just started. 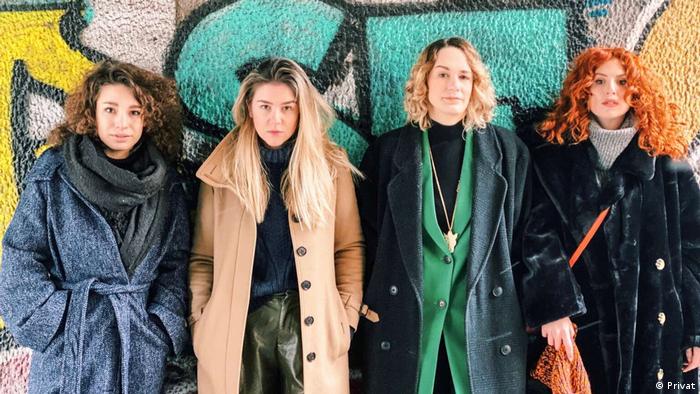 Young women who want to change the system in Balkan countries. They've established the initiative "I didn't ask for it" in Sarajevo: Matea Mavrak, Ana Tikvic, Asja Krsmanovic, Nadine Micic (from left to right)

The new year started with a scandal in Serbia. Several women accused well-known acting teacher and director Miroslav Mika Aleksic of rape and sexual abuse. All of them were students at his acting school and at least one of them was underage when the alleged abuse happened.

Milena Radulovic, a successful 26-year-old Serbian actor, was the first to tell her story in public. In an interview for the Serbian magazine Blic published on January 16, she said Aleksic had raped her when she was a minor: "I was at Mika Aleksic's school for six years when he raped me. I was 17 years old. It did not happen once. It was repeated."

This event triggered an avalanche of reactions throughout the Western Balkans. Other women and victims of sexual harassment, not only in Serbia, but in Croatia, Montenegro, and Bosnia and Herzegovina, raised their voices against violence and many of them spoke out just like Radulovic.

"This was a big and brave decision, and it is important not only for this specific case, but also for the whole society and region," Sanja Pavlovic, activist from the Women's Autonomous Center Belgrade, told DW. 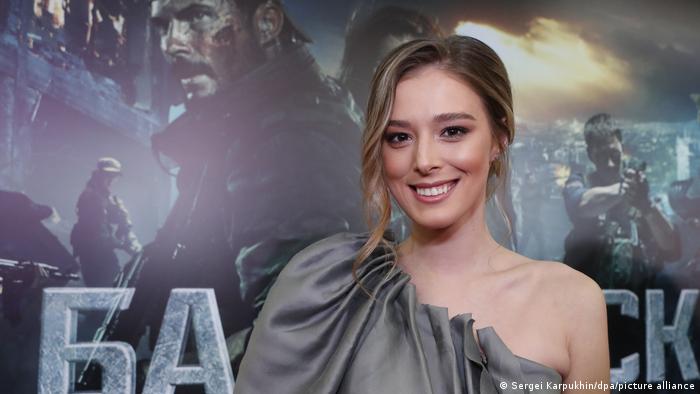 This topic is still the biggest taboo in the region and women still feel shame and fear talking about it, she explains. Many stay silent. "We have dealt with this problem the least as a society. We have the weakest laws and the least reported offense rate when it comes to rape and sexual harassment. This act started a revolution," says Pavlovic.

A small revolution began with Ana Tikvic, a former student at the Academy of Performing Arts in Sarajevo, who started the initiative "Nisam trazila," or "I didn't ask for it," together with three of her colleagues.

"We think that it is high time to raise awareness about the fact that sexual harassment and misogyny is in every cell of our society," said Tikvic. The group's Facebook page got more than 40,000 followers in only few weeks, as well as more than 4,000 anonymous messages or confessions about sexual violence from all around the region.

"After 19 years of silence, I finally spoke out. I experienced sexual abuse as an 8-year-old child, by a family member who was 16 at the time. It took me many hours of psychotherapy to dare to believe in my own memory, to stop convincing myself that I am exaggerating," was only one of the many anonymous messages published on the page.

A safe space without condemnation

"We want to provide a safe space where everyone is able to speak freely, without any fear of condemnation," Tikvic told DW. She says the fear of speaking freely about sexual violence or pointing a finger at the perpetrator is all the greater since there is almost no support or understanding from society.

After Radulovic shared her story, "the public in Serbia and the region acted like: 'She asked for it. She is an actress, what did she expect? This is normal in her profession'," says Ana, a Croatian who lives in Sarajevo, Bosnia. That's why, she explains, the name of the social media platform is "I didn't ask for it."

Ana and her three fellow colleagues do not want to point a finger at anyone or any particular institution. They are just angry at the system, which, she told DW, needs to be changed.

Although they all graduated from Sarajevo's Academy of Performing Arts, where one professor now faces at least 16 reports of sexual harassment, all filed after Radulovic's accusations in Serbia, these young women still do not want to talk about whether they made such experiences at the academy themselves. But they say they have all felt misogyny throughout their lives.

"There is not one institution which is spared these scandals," Ana Tikvic says.

Universities, academies of performing and dramatic arts, state parliaments and many other institutions all around the region have now taken the firsts steps to stop or prevent sexual violence, mostly by creating boards where students can report any kind of sexual abuse or violence.

Steps have been taken in Belgrade, Podgorica, Sarajevo, Zagreb, and many other cities outside the capitals. And many NGOs, as well as the European Parliamentary Forum for Sexual and Reproductive Rights, have followed suit, rallying together under the hashtag #nisisama, meaning "You are not alone."

It seems that Milena Radulovic connected the whole region. But there is still a long way to go.

"There are three to four thousand reports of cases of domestic violence in Serbia, but only around 70 reported cases of rape annually. Conviction rate is very low — around 50%," Sanja Pavlovic from the Autonomous Center Belgrade told DW, before adding that therefore there is extremely low public trust in institutions.

The same evening that the interview with Milena Radulovic was published, authorities did react and arrested Miroslav Mika Aleksic (69). He is now facing charges for committing eight criminal acts of rape "in the period from 2008 to 2020" and "seven illegal sexual acts," said the Serbian Prosecutor's Office.

"When it comes to reporting someone who is in a position of power or is respected in society, the victim is wondering: 'How important or seriously is my word going to be taken in comparison to his?" Pavlovic told DW, explaining the silence that is usually common among rape and sexual abuse victims.

The Autonomous Center recently gets much more calls from women reporting sexual violence and Pavlovic sees a big change there.

"Now it will be easier for all victims to dare to report the violence, to talk about it, not perhaps publicly, but within their own communities or families. This is very positive, but it is also a big test for the institutions. We will see how they will handle this," says Pavlovic.

#MeToo movement takes off in Greece