Thawing ties: US and Vietnam forging closer relations | Asia| An in-depth look at news from across the continent | DW | 24.09.2014

Territorial disputes with China have contributed to a shift in Vietnam's foreign policy. Hanoi is hoping that closer ties with Washington and a boost to its defense forces will deter Beijing, says analyst Gregory Poling. 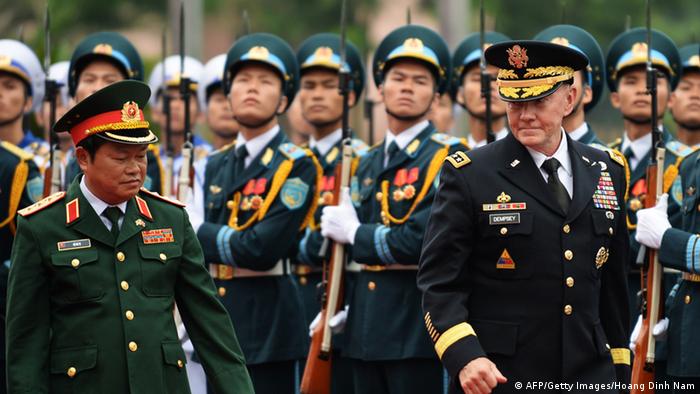 Sino-Vietnamese ties have been tense ever since Beijing deployed a massive oil rig back in May in waters Vietnam claims as its exclusive economic zone.

The installation of the rig triggered anti-China protests across the Southeast Asian country, which led to riots in several industrial zones. But while China withdrew the rig in July and a member of the Vietnamese Communist Party's powerful politburo visited Beijing in August in an effort to heal the rift, many analysts believe the recent spat has invigorated a faction in Hanoi which favors a diversification of economic ties and a strategic shift towards Washington.

Hanoi has also been welcoming numerous visitors from the United States, including four senators and the chairman of the US Joint Chiefs of Staff, General Martin Dempsey. Vietnam is seeking closer diplomatic and military ties with the US. At the same time, Washington is moving closer to lifting an arms embargo on its former enemy, with initial sales likely to help Hanoi deal with growing naval challenges from China, according to a Reuters report. Vietnam is already a big buyer of weapons from Russia.

Gregory Poling, a Southeast Asia expert at the Washington-based Center for Strategic & International Studies (CSIS), says in a DW interview that China's aggressiveness in pushing its claims in the South China Sea has heightened the sense of urgency in Vietnam to diversify its security partners and engage more closely with the region's resident military power, the United States.

DW: How has Vietnam shifted its strategy towards the US in recent months?

Vietnam and the United States have been increasing bilateral engagement for years, and that has picked up steam under the Obama administration. The two nations have pursued closer economic ties, most visibly through the ongoing negotiations for the Trans-Pacific Partnership trade agreement, and political and military linkages. 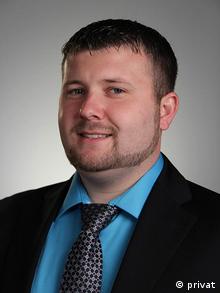 Poling: 'Vietnam and the United States have been increasing bilateral engagement for years'

Then Secretary of Defense Leon Panetta made an historic visit to Cam Ranh Bay in 2012, and US and Vietnamese forces have engaged in non-combat joint naval exercises. The real watershed moment could be traced to President Truong Tan Sang's 2013 visit to Washington, during which he and President Obama signed a new comprehensive partnership agreement.

What we have seen in recent months - particularly against the backdrop of the standoff from May to July over China's drilling rig in the South China Sea - is an increasing interest on the Vietnamese side in speeding up that bilateral engagement, especially in relation to defense and security.

Would you then say that Vietnam is beginning to pivot towards the US nearly 40 years after the end of the war?

Vietnam is certainly engaging more with the US in all the areas mentioned above, and many more. The memory of the war is increasingly distant, and the 20th anniversary of the normalization of diplomatic relations in 2015 offers a symbolic and emotional turning point for the relationship.

To which extent has Vietnam's dispute with China over parts of the South China Sea played a part in the rapprochement?

The increasing aggressiveness with which China is pushing its claims in the South China Sea has heightened the sense of urgency in Vietnam to diversify its security partners, and engage more closely with the region's resident military power, the United States. That said, we should not see the burgeoning relationship as one-sided. The South China Sea has given the discussion surrounding closer security ties a shot in the arm, but the US-Vietnam engagement in recent years is much broader than just defense relations.

According to a recent report by the news agency Reuters, Washington is moving closer to lifting an arms embargo on Hanoi. Why does the US seem so keen on improving ties with its former enemy?

To be more accurate, Washington is more actively debating whether and under what conditions to lift the ban on lethal weapons. But there is a fairly broad, bipartisan consensus that an improved human rights situation in Vietnam remains a prerequisite.

The new interest in exploring the issue - which has been voiced from members of the administration, the Congress, and even from the nominee for ambassador to Vietnam - is a recognition that China's provocations have opened a unique window of opportunity for the US to engage with Vietnam on this front.

Vietnamese officials have made it clear that they want the ban lifted, and are willing to engage more honestly with counterparts in the administration of US President Barack Obama on what steps Hanoi would need to take regarding human rights to make it happen.

Why is Hanoi seeking US military equipment and arms?

Hanoi is eager to boost not only its maritime, naval and air forces as a deterrent to China, but also its domain awareness capabilities - an area in which US technology - from aerial surveillance to radar installations and beyond - and expertise would be of unparalleled value. 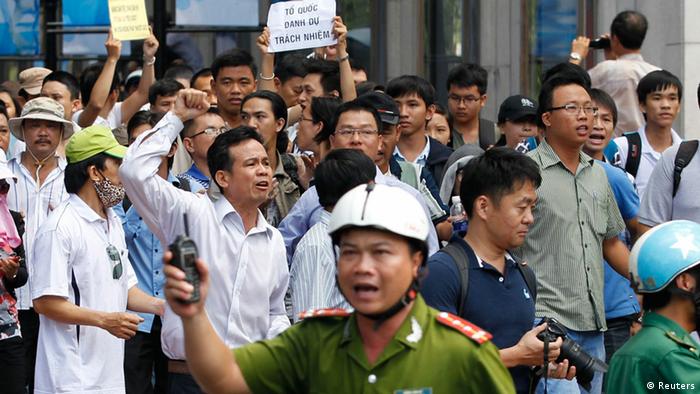 Poling: 'The South China Sea has given the discussion surrounding closer security ties a shot in the arm'

How is China likely to react to the US-Vietnamese rapprochement?

So far China has made no secret of its unease, and downright anger, toward Washington's increasing security engagement with Southeast Asian states. Closer relations with Vietnam are no different. Beijing has so far refrained from any overt action to retaliate against states - whether Australia, the Philippines, Singapore, or others - who have boosted their security engagement with and even allowed deployments of US troops.