Despite protests from Manila, China continues to build artificial islands in the Spratlys in a bid to assert its sovereignty claims before a UN court rules in an arbitration case, as analyst Gregory Poling tells DW. 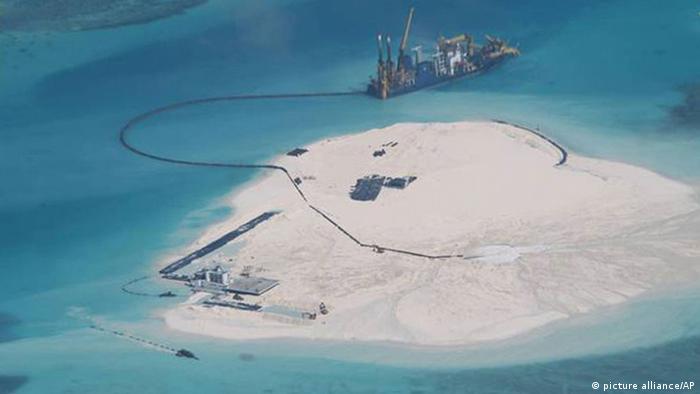 "Millions of tonnes of rock and sand have been dredged up from the sea floor and pumped into the reef to form new land. There are cement-pumping trucks, cranes, large steel pipes, and the flash of welding torches." These are the words of BBC journalist Rupert Wingfield-Hayes describing China's construction activities at the Johnson South Reef in a disputed area of the South China Sea.

Until early 2014 the only manmade feature at the reef was a small concrete platform that housed a communications facility, garrison building, and pier, according to James Hardy and Sean O'Connor, analysts at IHS Jane's Defence Weekly. But the platform has now been surrounded by an island that is approximately 400 meters across at its widest points and has an area of about 100,000 square meters, the analysts said in a recent report.

Beijing is currently building new islands on five different reefs as part of its projects to reclaim land also claimed by the Philippines. Manila has protested China's move, saying the artificial land could be used to build an airstrip or an offshore military base in the increasingly volatile region. Last year, the Philippines also filed a formal plea to the United Nations challenging Beijing's claims. But while the court takes time to decide, the construction of the reefs goes on.

Gregory Poling, Southeast Asia expert at the Washington-based Center for Strategic & International Studies (CSIS), says in a DW interview that Beijing seems to be trying to change facts on the ground to make it more difficult, if not impossible, for the court to decide what the original status of these features may have been.

DW: Why is China creating these features in the South China Sea?

Gregory Poling: China's choice of these five features - the status of which (as islands, rocks, or low tide elevations) are all part of the Philippines' case against China in the Permanent Court of Arbitration - was no accident. It seems Beijing is trying to change facts on the ground to make it more difficult, if not impossible, for the court to decide what the original status of these features may have been. 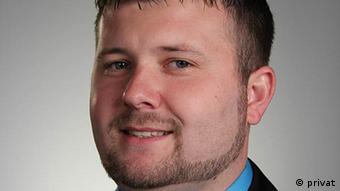 Poling: 'These features are unlikely to be capable of hosting any substantial facilities in the near future'

Potential access for small aircraft or patrol vessels might also be a benefit, but it is too early to say. We should regard the alarm bells from Manila and elsewhere about military bases in the Spratlys to be premature at best. These features are unlikely to be capable of hosting any substantial facilities in the near future on the level of those Taiwan maintains at Itu Aba or the Vietnamese have at Spratly Island.

How long has China been building up these features?

Construction and limited reclamation work by China in the Spratlys is not new - China began engaging in such work at Mischief Reef not long after occupying it in 1995. It is important to remember that by the time China entered the Spratlys in the 1980s, there was nothing left to occupy but low-tide elevations and submerged reefs with a couple of dry rocks.

The basic process of expanding these islands simply involves dredging sand from the seafloor and dumping it onto the shallow reefs around China's previously raised structures. Little by little it is raised above the high water line, hiding the original status of the bank or reef beneath.

The sand is then smoothed out using bull dozers and the like. Once the desired amount of reclaimed land is created, China will presumably surround the island with a concrete barrier to protect against erosion and storm surge, as we have seen on other Chinese-, Malaysian-, and Vietnamese- occupied features, and begin construction of new facilities - docks, helipads, military and civilian structures, and potentially small airstrips.

Why is Beijing selecting these precise locations in the South China Sea to build their islands?

The legal and political reasoning behind these seems to derive from their status as low-tide elevations or rocks - a fact which China would like to obscure. None of them appear to lie near substantial hydrocarbon resources, much less commercially viable reserves, and it is difficult to see how the construction could assist in the exploitation of fisheries.

In legal terms, would it make any difference if those islands were inhabited?

Habitation would be unlikely to make any legal difference. As far as sovereignty over the islands is concerned, any court would deem that the "critical date" - the legal term for the date when a dispute between nations has crystallized and after which no changes of facts on the ground can affect its legal status - is long past.

As for whether construction or reclamation could affect the legal status of these features as islands entitled to their own vast maritime entitlements and continental shelves, or merely rocks or low-tide elevations, the answer appears to be no.

The vast majority of legal scholars have come to the conclusion that reclamation cannot change the status of a feature; it can merely create an "artificial island," which under the UN Convention on the Law of the Sea, generates no entitlements. Of course, if reclamation makes it impossible for any court in the future to determine the original status of these features, then China's work could certainly stymie the legal process. 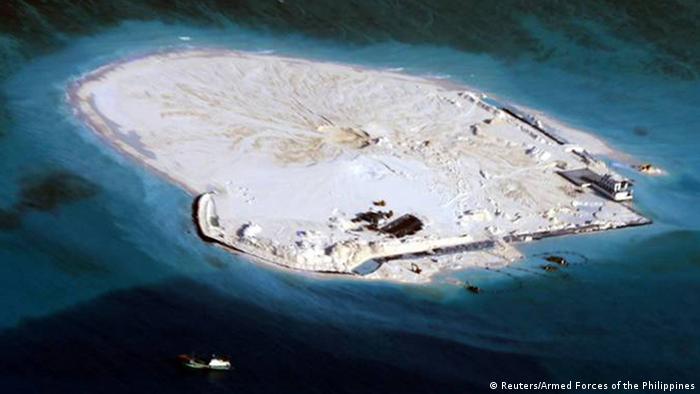 The majority of legal scholars say reclamation cannot change the status of a feature; it can merely create an 'artificial island'

Is China setting a precedent with these islands?

It is too early to say if this will set a precedent. So far, the other claimants, especially the Philippines and Vietnam, have taken a strong line that such work violates the spirit of their 2002 Declaration of Conduct for Parties in the South China Sea. Hopefully, that will mean that they will refrain from attempting similar work at their own features. The Philippines is very unlikely to attempt such, as it is in the midst of a legal case based on the status of China's low-lying features, and would not want to jeopardize that with hypocrisy.

Vietnam also seems unlikely to pursue such a course immediately, but it also occupies a significant number of features that likely qualify as rocks, if not merely low-tide elevations, and as such will face some pressure to try and bolster its position regarding their status before the arbitration court rules in the Philippine case.

What can the countries in the region such as Vietnam, and the Philippines do about it? 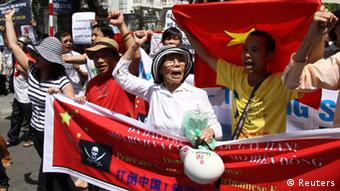 International condemnation is currently Hanoi and Manila's best weapon until the Philippine case proves whether the law will be to their benefit, says Poling

Mostly what they are already doing - highlighting its apparent illegality, as well as the ways in which it violates the spirit if not letter of previous agreements. International condemnation is currently their best weapon against China until the Philippine case proves whether the law will be to their benefit.

In the meantime, the one thing this should get Manila and Hanoi to do is make a concerted effort to short-circuit China's attempts to hide the real status of features by accurately surveying them now before further reclamation works make it impossible to determine their original geography.