Thai authorities want to cap the number of tourists at Maya Bay to rescue its stressed marine ecosystem. The iconic cove from "The Beach" had to be sealed off to the public after almost all its coral was destroyed. 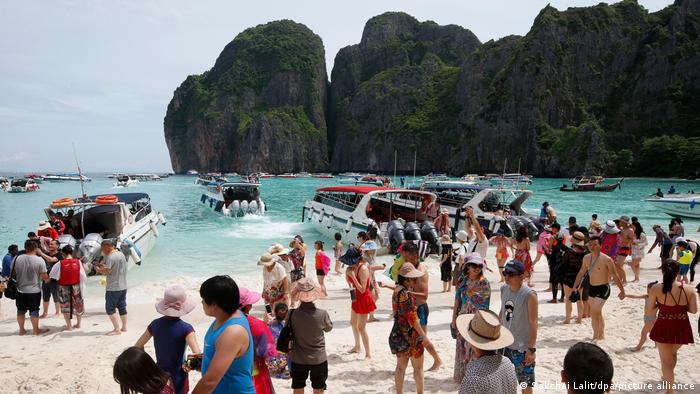 It's easy to see why Maya Bay has captured the imaginations of travelers.

Surrounded by towering limestone cliffs on an uninhabited island in Thailand's Phi Phi archipelago, the secluded cove with its white sand and turquoise water is the very picture of paradise.

"It's such a beautiful place. It's the closest you could get, if you were to envisage a bay closed off to everywhere in the world," said Andrew Hewett, who owns a dive center on the bigger neighboring island of Phi Phi Don.

Maya Bay is just one of dozens of idyllic beaches in Thailand. But it has become world-famous as the place where the 2000 film "The Beach," starring Leonardo DiCaprio, was shot.

Tourists flocked to the bay after the film's release — at the cost of the marine environment. At the height of its popularity, there were more than 5,000 people visiting a day. In mid-2018, the overcrowding got so bad that authorities shut the beach. 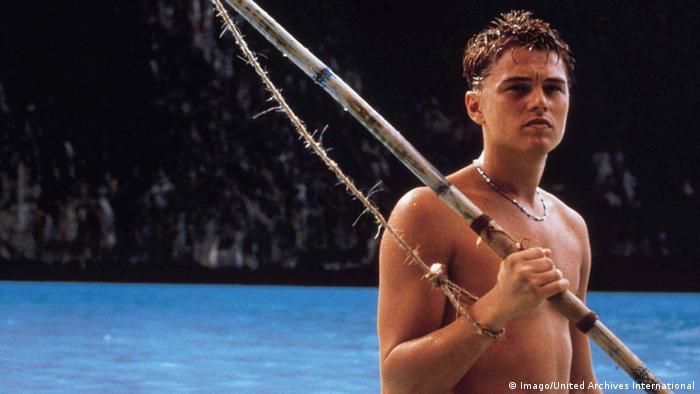 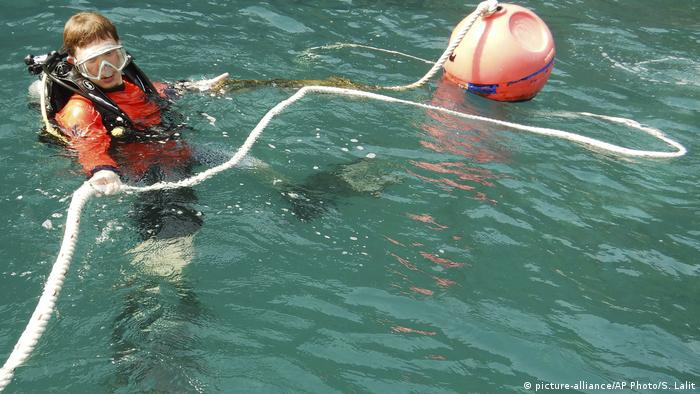 Tourist traffic led to pollution from discarded trash and damaged coastal vegetation. But the main problem was the speedboats ferrying hordes of daytrippers into the bay and dropping their anchors onto the coral below.

According to Thon Thamrongnawasawat, a marine biologist from Thailand's Kasetsart University, at the time the bay was closed, there was only 8% of coral coverage left, compared to up to 70% some 30 years ago.

He's been studying the Maya Bay area for decades, and his was one of the loudest voices calling for the beach to be shut. Initially meant to last just a few months, the closure has been extended indefinitely to give the coral more time to recover. 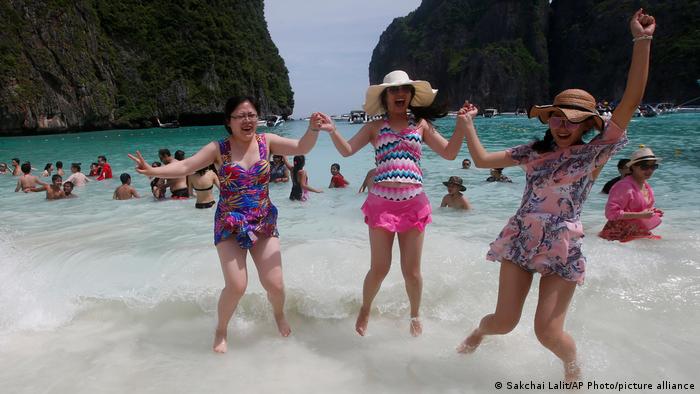 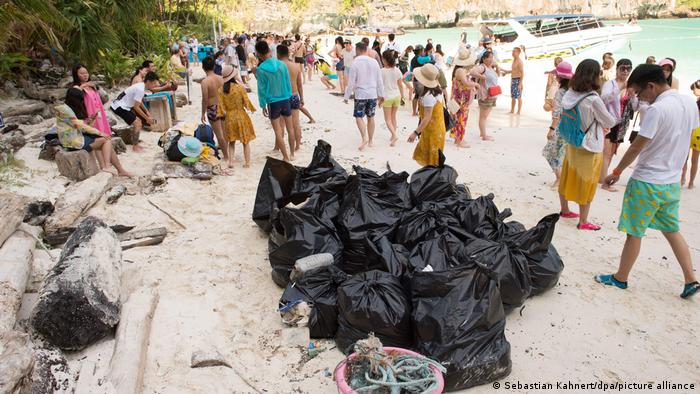 Since 2018, dive teams have planted 20,000 coral fragments in the bay to help rehabilitate the reef.

"It's growing very well," Thamrongnawasawat told DW. "So we think that Maya Bay will return to be one of the very good coral reefs in maybe 5 to 10 years."

He says they're hoping to boost coral coverage to 50% within a decade, and to 60% in 15 to 20 years. New species have also been spotted since the closure, including black tip reef sharks who have returned there to breed.

What will change at Maya Bay?

Authorities are planning to eventually reopen the bay to tourists, possibly as early as later this year, but they haven't announced a date yet. What is certain, though, is that visiting Maya Bay in the future will be a different experience to the one it used to be.

To protect corals, boats bringing in tourists will only be able to dock at a new pier on the opposite side of the island, rather than coming ashore on the beach.

"The visitors will come in another way, so they will not touch Maya Bay anymore," Songtam Suksawang, the former director of Thailand's national parks department and now an adviser to it, told DW. 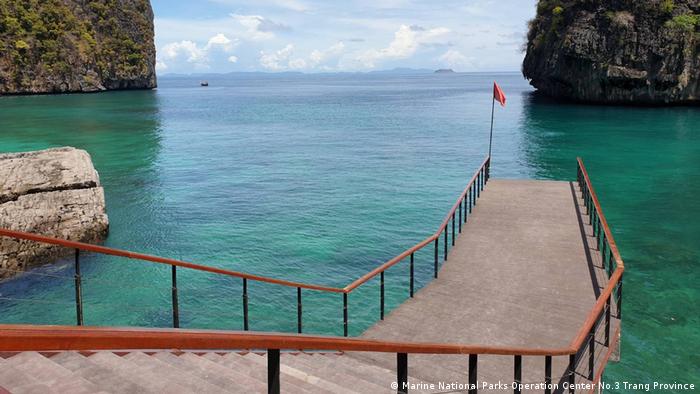 In future, visitors to Maya Bay will have to be dropped off at this pier around the back of the island... 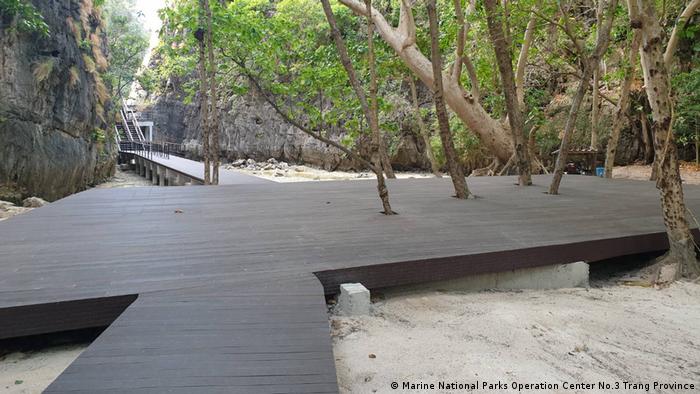 ...and can walk through to the beach via this newly installed boardwalk

There will be a cap on the number of tourists at the beach, and on the amount of time they can stay. Visitors will not be allowed to stray from a newly built boardwalk, and they'll have to book online in advance. Park rangers will also use digital trunk radio and other monitoring systems to keep tabs on tour boats.

"If we can manage the behavior of the visitors… we can conserve nature," Suksawang said, adding that the measures were needed "if we want to sustain Maya Bay in the long run for the next generation."

Maya Bay is just one of many spectacular places in the Phi Phi Islands. And its story could serve as a warning for other sites about the consequences of unchecked mass tourism.

"The local reefs can only manage so many stress factors," said Hewett from the dive center, who is also a spokesperson for the Phi Phi Island Conservation and Preservation group. In the 27 years he's lived in the area, he says he's seen the number of tourists — and the speedboats bringing them — balloon. Without regulation, or some kind of quota system for the islands, he's worried other pristine spots could suffer the same fate as Maya Bay.

"I think we do need to be looking at something which controls and manages the amount of people that come ... if we're going to allow the reefs to recuperate at a normal speed." 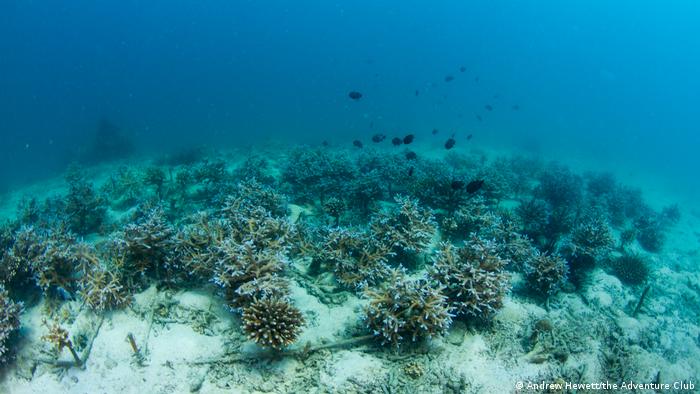 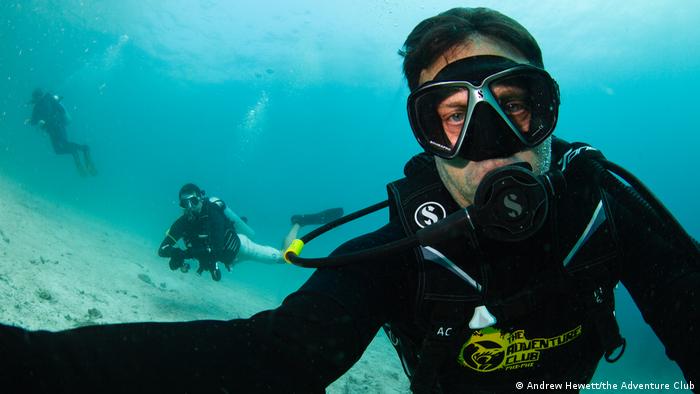 But he acknowledges that "there are a lot of people that will be very disappointed about doing that because their businesses thrive on mass tourism."

The number of foreign visitors traveling to Thailand has grown rapidly in the past two decades. In 2000, the country received 9.5 million international arrivals. By 2019, there were nearly 40 million. The largest share of foreign tourists comes from China — where the number of people able to afford travel is only expected to increase as incomes rise — followed by Malaysia, then India, Korea, Laos, Japan and Russia, according to 2019 data.

For popular destinations like the Phi Phi Islands, allowing the tourist-dependent economy to thrive while protecting the natural beauty that attracts visitors in the first place can be a difficult balance to strike.

"We have to take care of nature, but we have to work with tourists in the long-term. [Fewer people] will mean less money, but we will have a future," said Phumipat Phutthipanjapong of the Phi Phi Island Tourist Business Association.

The stakeholder group was set up several years ago amid growing tourism to the islands. They organize regular beach cleanups to limit trash, monitor boat activity on the reefs and are working to boost recycling in hotels and restaurants.

But beyond sustainability issues, many Phi Phi businesses are now more immediately concerned with the battle to survive the shutdown caused by the coronavirus pandemic.

A more sustainable path for tourism?

According to Stefan Gössling, a professor of sustainable tourism at Sweden's Lund University, the pandemic could actually be an opportunity for the global tourism sector to set a more sustainable course. Popular destinations, in particular, he says, could ward off the problems that come with mass tourism by embracing business models that focus on quality rather than quantity.

"We know that you can attract specific types of tourists who might stay longer, who spend more, who are more interested in participating in local activities," he said.

"All of a sudden you realize that probably with a few tourists, you will be able to do much more to have a much greater economic impact locally than with many, many more tourists in another scenario."

The changes at Maya Bay are part of an effort to make tourism more sustainable in the long term, and it will likely take some time for visitor numbers to return to pre-pandemic levels. But Hewett describes it as "wishful thinking" to expect local companies to put sustainability ahead of their own survival.

The pandemic has been "positive for the health of marine life", he said. "On the other side, there's business and people are in a hurry to try and make money."

You can listen to the latest episode of On the Green Fence here.