In a bid to stop stockpiling garbage in Thailand, the government plans to ban imports of plastic and electronic waste. The environment minister has called on the Thai recycling industry to use domestic scrap first. 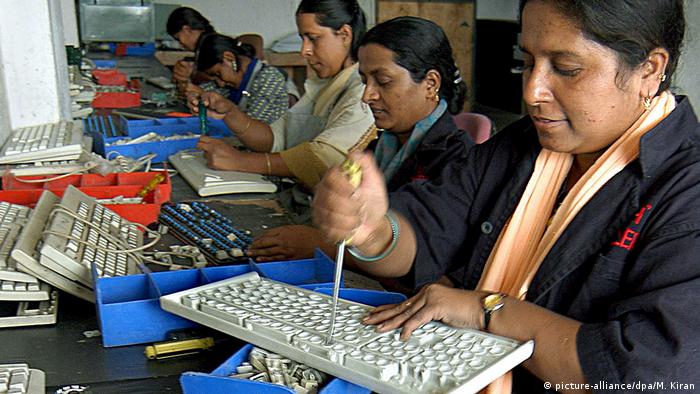 Thailand will stop importing cheap electronic and plastic waste in order to alleviate the severe ecological problems in the country, Environment Minister Surasak Kanchanarat told the daily Nation in an article published on Thursday.

"We need to prioritize good environment and the health of our citizens over industrial development," Kanchanarat told the paper.

The initiative comes after Thai media reported on massive amounts of e-waste  from the US, the EU, Hong Kong, Singapore and Japan being shipped to Thailand. Scrapped electronic components are a source of valuable metals and other materials, but also contain harmful elements such as lead and cadmium.

Read more: Mining for riches in our cities

Stopping the country from turning into a garbage bin

Thai companies have seized the chance to recycle foreign waste after China, the world's biggest importer of trash, placed stricter regulations the importation of trash last year. For entrepreneurs, buying foreign waste is often much cheaper than processing domestic material.

Speaking to the Nation, Kanchanarat said the recycling companies needed to focus on processing domestic scrap in order to keep Thailand from turning into the world's garbage bin.

An innovative solution to electronic waste

"We need to ensure that domestic and plastic wastes will be used as material by the recycling industry first, before we import these materials from outside the country," he said.

Read more: Smartphones - not so smart for the planet

The government announced there would be a two-year-timeline for banning plastic, but did not specify a timeline for banning 411 kinds of importing e-waste. At the same time, it also said it would allow for exceptions for telecommunication devices and copying machines to be repaired and reused.

Cellphones have a huge environmental footprint. One company trying to change this is Fairphone. As they announce their latest offering, DW asks whether a no-impact smartphone is even possible.