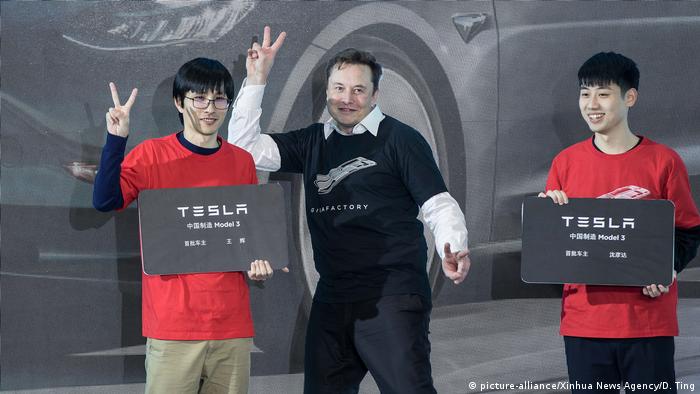 On a global scale, the stock's rally means Tesla is second only to Toyota in market valuation ($235.6 billion) and has overtaken Germany's Volkswagen group, valued at about $99 billion.

After struggling amid "production hell" over its latest Tesla 3 mass-market model last year, the quick change in Tesla's fortunes has even won the praise of US President Donald Trump, who marveled about "how it's come so fast."

"You go back a year and they were talking about the end of the company and now all of a sudden they are talking about these great things," Trump told CNBC on Wednesday, adding that his administration would help Tesla in "building a very big plant in the US."

In terms of numbers, however, the US electric car pioneer is still hugely outsold by the world's leading automakers, Toyota and Volkswagen. Tesla delivered 367,500 cars in 2019, while its German and Japanese competitors sold more than 10 million each. So how come that Tesla is worth more than its rivals that sell 30 times more cars?

Many analysts believe that Tesla's rise reflects investor expectations that the company will remain at the cutting edge of technological change in the auto industry. Under pressure from a global movement for greener cars, the industry is rapidly transforming away from vehicles powered by the conventional internal combustion engine to electric modes of automobility.

Tesla is generally perceived to be at the forefront of that change. Its new Tesla 3 electric car is designed to be more affordable, costing around half of the $70,000 for previous models — thus fueling expectations of stronger growth. Moreover, Tesla last month begun manufacturing in China, the largest market for electric vehicles (EVs), and has announced a new plant in Germany that could start production by 2021.

Auto industry analysts Dan Ives of Wedbush Securities believes Tesla has gained a headstart over industry rivals who have just begun to develop their own electric cars. "In our opinion, the company has the most impressive product roadmap out of any technology/auto vendor around (which the market cap reflects vs. its traditional auto competitors)," Ives said in a research note on Wednesday, adding that the US carmaker will be the "game-changing driving force" over the next decade. 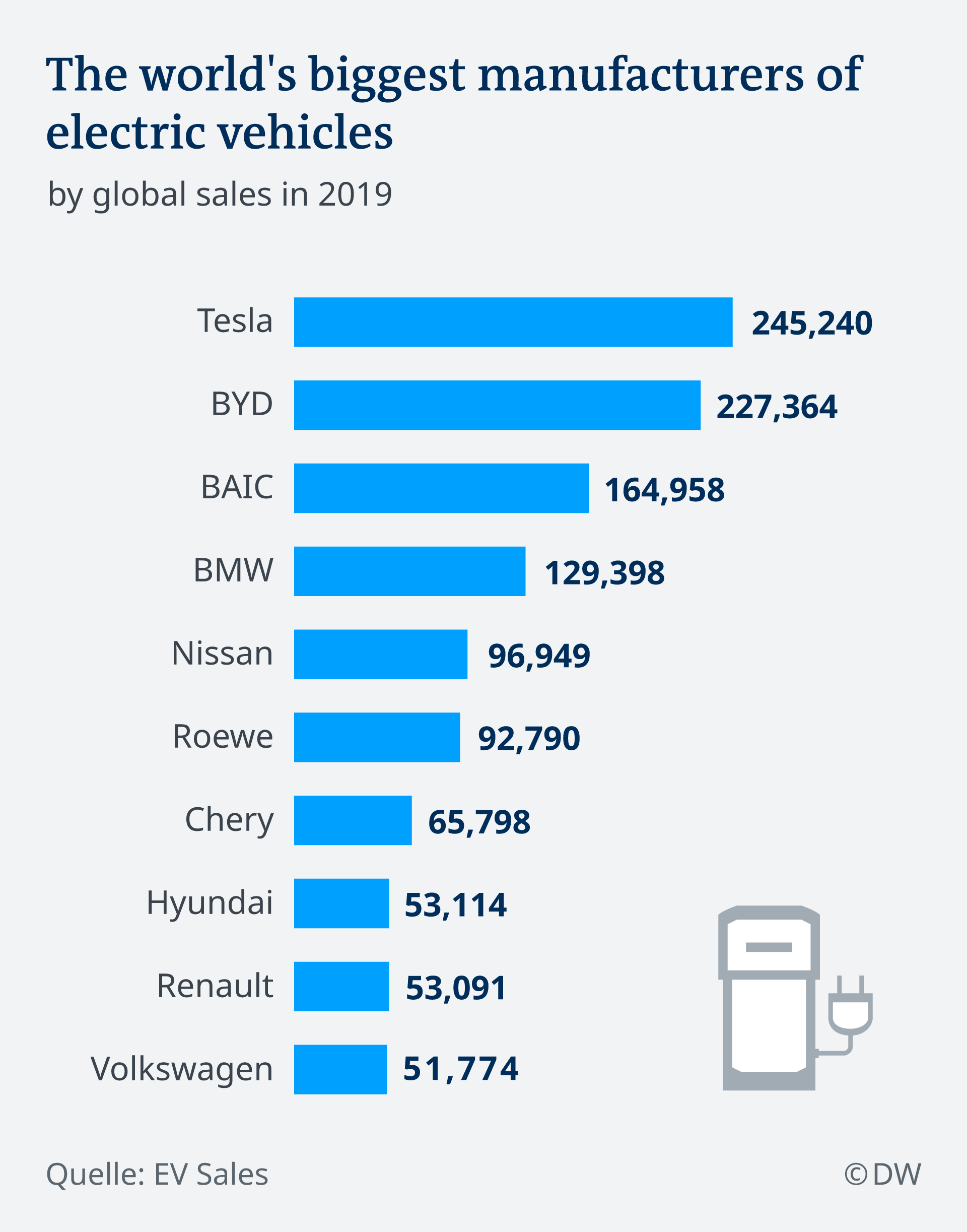 Stefan Bratzel, a researcher at the Center of Automotive Management near Cologne, Germany, thinks the relatively low valuation of traditional automakers, compared with Tesla, is linked to uncertainty over whether they can navigate the looming industry shift. "Tesla has high innovative strength regarding battery-electric vehicles as well as connectivity, which can partly explain the high market capitalization," he said in a report also published Wednesday.

But while Ives believes Tesla shares will have more room to run as the carmaker grows in China — increasing his 2020 price target to $550 — other analysts are more cautious. "Tesla's tepid 0.3% gain in 2019 domestic unit sales suggests a tapped-out US [market], sales in China skew the US demand picture, which should become clearer by year-end with the ramp-up in Shanghai output," says Kevin Tynan, senior autos analyst at Bloomberg Intelligence.

According to Bloomberg figures, consensus forecasts for Tesla of $363.92 are still well below where Tesla shares are currently trading, with just 10 analysts rating the stock a buy, compared with 10 holds and 16 sells.

Gary Black, a former CEO of Aegon Asset Management and now a private Tesla investor, believes Elon Musk's car company even could earn more than Volkswagen by 2025. He expects Musk to forecast at least 550,000 units for 2020 during next week's Tesla earnings call.

Surprisingly, predictions that Tesla will continue to rise both in value and output are shared by its biggest rival, Volkswagen. The CEO of the German carmaker, Herbert Diess, no longer believes that Tesla is a niche manufacturer, and has highlighted its role in shaking up the auto industry.

Diess told top Volkswagen executives at an internal meeting in Germany last week that connected vehicles will almost double the time consumers spend online, and that cars will "become the most important mobile device."

"If we see that, then we also understand why Tesla is so valuable from the view of analysts," he said.

Volkswagen itself is planning to roll out the world's largest EV fleet over the next decade, including 75 completely electric models and around 60 hybrid vehicles. The Wolfsburg-based carmaker said it would aim to sell 26 million all-electric vehicles by 2029 and around 6 million hybrid vehicles. For that, it wants to invest €60 billion ($66.3 billion) in the next five years.