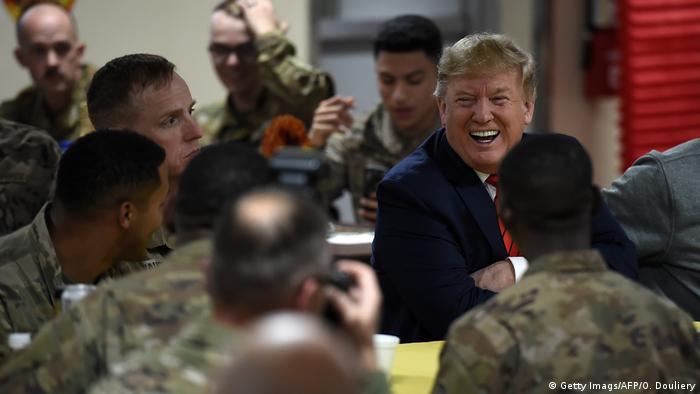 US President Donald Trump on Friday received an unusual endorsement from the Taliban for his reelection bid, CBS News reported.

"We hope he will win the election and wind up the US military presence in Afghanistan," Zabihullah Mujahid, a spokesperson for the Islamist group, told the US network in a telephone interview.

The Taliban also expressed concern over the US president's recent coronavirus infection.

"When we heard about Trump being COVID-19 positive, we got worried for his health, but seems he is getting better," another Taliban senior leader told CBS News.

Read more: COVID-19: Trump 'no longer a transmission risk to others'

The Trump campaign responded on Saturday by rejecting the group's support.

"The Taliban should know that the president will always protect American interests by any means necessary," Tim Murtaugh, the Trump campaign spokesman, told CBS News.

Read more:  Opinion: Let Afghanistan be a lesson to US, NATO

The Islamist group's vote of support comes a day after it welcomed Trump's Wednesday announcement that the US would withdraw all troops from Afghanistan by Christmas.

Trump has long promised to bring American soldier back from Afghanistan.

" We should have the small remaining number of our brave men and women serving in Afghanistan home by Christmas," Trump tweeted Wednesday. His announcement came just weeks before he faces Democratic challenger Joe Biden in the presidential election.

The Taliban welcomed "the agreement and considers it a positive step in the implementation of the agreement between the Taliban and the USA," a spokesman for the group said.

In February, the Trump administration signed a historic agreement with the Taliban in Doha, which agreed on the removal of US forces from Afghanistan after almost 20 years.

The Afghan government and Taliban representatives are currently holding an intra-Afghan dialogue in Qatar to negotiate a peace agreement.

The US invaded Afghanistan in 2001 following the September 11 terrorist attacks and toppled the Taliban regime.