Taiwan: Law passed to quell China's influence ahead of elections

The Anti-Infiltration Law is meant to stop Beijing from taking sides in the January 11 presidential vote. China has tried to isolate the government of President Tsai Ing-wen over the territory's sovereignty. 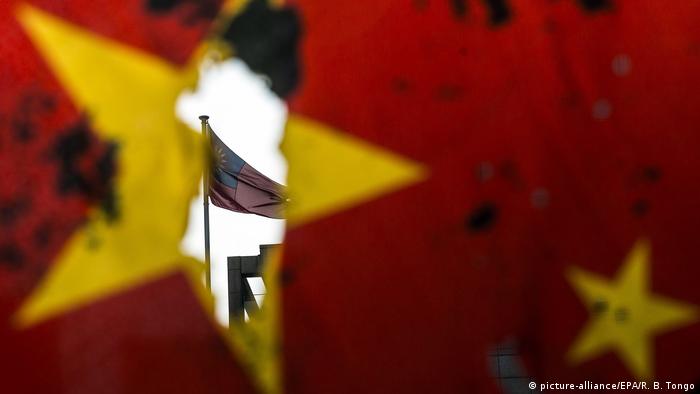 The bill was fast-tracked by the ruling Democratic Progressive Party (DPP) after Beijing-backed parties nominated candidates for the legislature with close ties to China's Communist Party.

Beijing providing campaign funds and even mobilized support on social media for candidates from the main opposition Nationalist Party (KMT) for the January 11 vote.

President Tsai Ing-wen is favored to win a second term, an outcome that would likely intensify China's economic, diplomatic and military pressure over her refusal to accept its insistence that Taiwan is a part of China.

Despite Taiwan having its own government since 1949, Beijing has vowed to one day reunify the territory — by force if necessary.

The anti-meddling bill has been a hot topic in the run-up to the vote as relations with China have dominated the campaign.

Tsai, who has described the vote as a fight for Taiwan's freedom and democracy, is facing a challenge from the KMT's Kaohsiung city mayor Han Kuo-yu, who favors warmer relations with Beijing.

However, opposition parties have argued that the new law would make Taiwanese businesspeople working in China and other local people engaging in exchanges susceptible to punishment.

Concern has also been raised during the election campaign about Beijing's influence over Taiwanese media groups, many of which are owned by corporations with business and political connections in China.

The bill comes as allegations swirl over Chinese spying and influence campaigns ahead of the elections.

Last month, a Chinese man in Australia made explosive claims to the media that he was a spy who had taken part in covert influence operations in Taiwan.

China denied the claims and accused the man of being an unemployed fraudster and fugitive.

A group of Chinese carriers sailed through the Taiwan Strait on Sunday as presidential election campaigning on the island heats up. Taiwan says its voters will not be intimidated. (17.11.2019)

Taiwan is known for hosting the largest gay pride parades in East Asia, but this year's spectacle is special. It is the first pride since same-sex marriage was legalized in Taiwan on May 24. (26.10.2019)