The worst drought in Taiwan's history shows no signs of easing up, presenting potential problems for microchip manufacturers. The country is also facing a major outbreak of coronavirus infections. 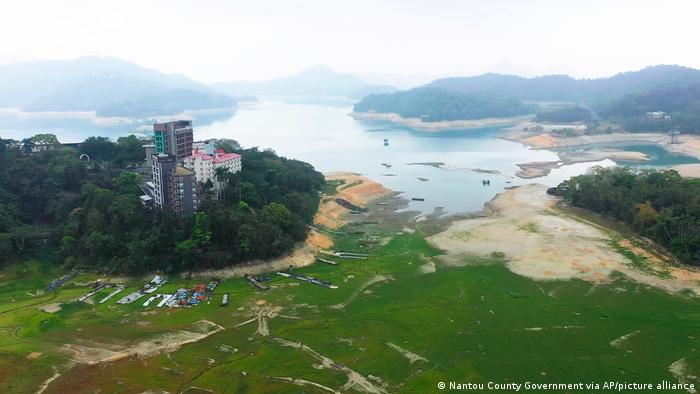 The Taiwanese government proposed further water-saving measures on Wednesday to deal with the ongoing historical drought across the island, posing a potential risk to the heavily water-reliant production of computer chips, Bloomberg reported.

The two production hubs in Hsinchu and Taichung — where the world's largest contract chipmaker Taiwan Semiconductor Manufacturing Company (TSMC) has factories — will have to reduce their water consumption if it does not rain by June 1, according to Reuters news agency.

The two science parks will not be affected by the measures, but must cut their water consumption by 17% in line with the country's highest alert level, set by the economic ministry.

"We need to further tighten water use restrictions in response, in advance of a scenario when rainfall from the plum rain is falling short of expectation," Reuters quoted the ministry as saying — with reference to the annual spring rainy season.

TSMC said in a statement that the cuts should not affect production and that it would rely on tanker truck supplies.

What is the risk to global semiconductor supply?

The world has been struck by a microchip crunch in the fallout from US-China trade wars in recent years.

Taiwan alone produces some 20% of all semiconductors. Companies there, including TSMC, have been expanding to meet the increased demand. However, expansion has put extra strain on the water supply.

The island has also been rocked by energy challenges, with hydroelectric power plants running at reduced capacity, with both consumers and chipmakers increasing demand on the power grid.

In the past week, two major blackouts have hit the country.

On top of water and energy supply problems, authorities are also tackling a major outbreak of COVID-19 with an island-wide soft lockdown.

Why is Taiwan suffering a drought?

Water supplies in reservoirs on the south and center of the island were down to 5% of capacity and the government had turned to some 150 wells and seawater desalination plants to source more clean water, the Economy Ministry said.

The island nation missed out on plentiful rainfall from typhoons last year and has had a disappointing spring rainy season. With the first major rains not expected until mid-June, the outlook is not good.

The current drought has been called the worst in the country's history.

The government has pledged to keep up water supplies to Taiwan's auto industry, which has also been affected by the chip crunch.