German police are investigating after three young girls were targeted in apparent xenophobic attacks in Berlin. In one case, a woman allegedly tried to pull off a 12-year-old's headscarf and stab her with a syringe. 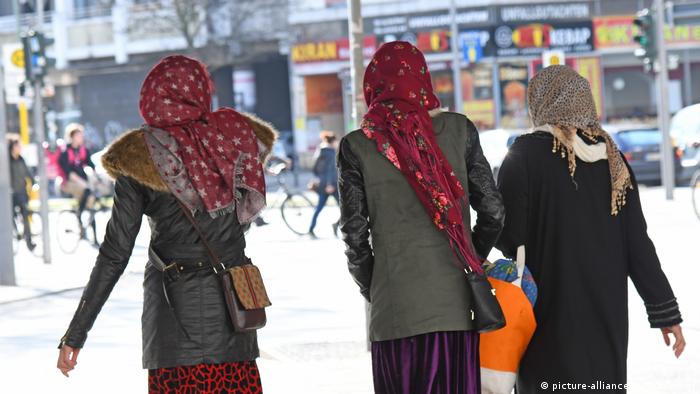 He hit the girls, aged 15 and 16, "with his fist several times ... before fleeing into a shopping arcade," police alleged in a statement. Both girls were taken to hospital for treatment.

Hours later, a woman reportedly attacked a 12-year-old girl in the southeastern district of Neukölln. Officers alleged the suspect tried to tear off the girl's headscarf, pulled her hair and threatened her with pepper spray. The woman also allegedly attempted to stab the child with a syringe filled with what appeared to be blood, police said.

Officers from the state security police are investigating the incidents, which took place late Friday.

Read more: Attacks on Turkish communities in Germany reportedly on the rise

The suspected hate crimes highlight tensions over migration in Germany. Last month, a 50-year-old German man was charged with attempted murder after he deliberately drove his car into foreigners in the western cities of Bottrop and Essen. Eight people were injured in the New Year's Day attack, including a 4-year-old Afghan boy and a 10-year-old Syrian girl.

The recent spate of mosque attacks and a rise in hate crime has immigrants in Germany sounding the alarm. Community leaders are calling for more support and understanding from state authorities, including the police. (22.03.2018)

The number of attacks on Muslims and mosques has fallen significantly in Germany, new figures show. But lawmakers warn the country is still failing to include its Muslim community in society. (22.08.2018)