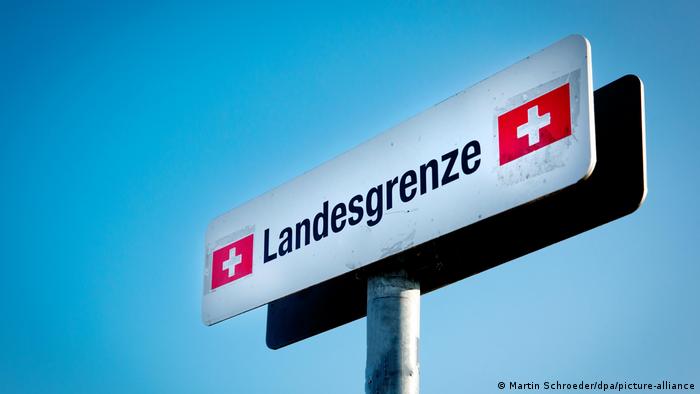 Swiss voters on Sunday overwhelmingly rejected a proposal to limit the free movement of people and immigration from the European Union.

Final results showed that 61.7% voted against the motion, versus 38.3% who turned out in support.

Sunday's referendum had been initiated by the populist right-wing Swiss People's Party (SVP), which said that current regulations allow for an average of 75,000 EU citizens per year to enter, leading to overpopulation, rising housing costs and a strained welfare system. The government had opposed the initiative.

Read more: Half of Germans abroad in Europe stay in Austria, Switzerland

The head of the EU's executive branch, European Commission President Ursula von der Leyen, welcomed the outcome of the vote, calling it "a positive signal to continue to consolidate and deepen our relationship."

The result "upholds one of the core pillars of our relationship: the mutual freedom to move, to live and to work in Switzerland and the EU."

The SVP, which has built its platform on condemning EU influence within Switzerland, has warned that the country is facing "uncontrolled and excessive immigration."

The party called for the free movement of people between Switzerland and EU countries to be scrapped.

The initiative, voted on as part of the country's system of direct democracy, had called for Switzerland to revise its constitution to ensure it can autonomously decide on immigration policy.

The move, dubbed Swexit, saw declining support ahead of the vote. The most recent survey showed 65% of those questioned opposed the move to scrap the agreement.

Critics of the initiative argued that the move would exacerbate a shortage of skilled workers and would endanger Switzerland's wealth.

Roughly 1.4 million EU citizens live in the country of about 8.2 million, while around 500,000 Swiss live in EU countries.

The referendum's outcome means the government will likely push forward talks with the EU on a framework agreement to regulate this and other bilateral issues.

Conservatives fear that a deal would gradually subject the country to legislation from Brussels.

Swiss Justice Minister Karin Keller-Sutter said the government would continue to pursue a "bilateral path" with the EU, seeking close economic ties with the bloc without joining it.

"Especially at this time, during the difficult economic situation caused by the corona crisis, good relations with our neighbors and with the EU are important," she said.

Switzerland is not a member of the EU but is part of the bloc's Single Market through several bilateral treaties, which allow for the free movement of people between the country and the 27 member states.

A number of other issues were also on the ballot Sunday, including introducing paid paternity leave, easing restrictions on shooting wolves, the acquisition of fighter jets and increasing tax breaks for child care.

More than 60% of voters backed the plan to give new fathers two weeks' paid leave after the birth of their child — a significant change in a country that still lags behind much of Europe when it comes to parental leave. But voters opposed increasing tax breaks for child care.

Some 51.9% of voters rejected measures to allow the hunting of wolves, while 50.1% voted in favor of freeing up funds to purchase new fighter jets.

Turnout in Sunday's referendum was almost 60%, with around 5.3 million people eligible to vote.

Over a dozen people, including several children, were reported dead after a gunmen broke into a school in central Russia. Emergency services are on the scene.