Several ski tourers died and others were in critical condition after spending a night on an exposed Swiss mountainside at 3,000 meters altitude. German, French and Italian nationals were among the group. 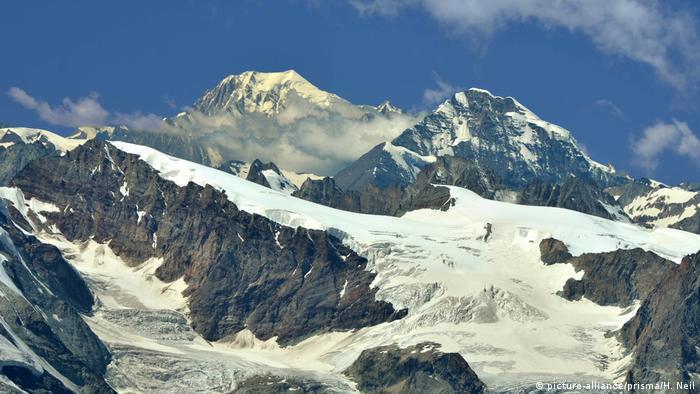 One of the richest men in Germany, Karl-Erivan Haub, has been in charge of the Tengelmann retail group since 2000. The avid alpine skier was reported missing after going on an expedition near the Swiss-Italian border. (11.04.2018)

Authorities have begun airlifting stranded tourists by helicopter after road and rail links to Zermatt were cut off. At least 80 centimeters of snow dropped on the town over 24 hours. (09.01.2018)

The 45-year old fell, alone, into a 30-meter hole on the Dachstein mountain. Wintry, dangerous conditions at 2,050 meters altitude made the rescue a challenge, just as it was for a similar incident 30 years ago. (09.11.2017)

At least six skiers died after getting caught up in a sudden storm in Swiss Alps, officials said on Tuesday.

Previously, Swiss authorities launched a major rescue operation to retreive a  group of 14 ski tourers who had been forced to spend the night outdoors on an exposed mountainside, at more than three thousand meters (9,842 feet) altitude. The alarm was first raised by the manager of the "Cabanne des Vignettes" above the Swiss-Valaisan resort of Arolla.

One person was found dead on the mountain in the Pigne d'Arolla region, apparently as a result of a fall. Four others died in hospital after they were rescued on Monday, and another, a 52-year-old Bulgarian woman, died on Tuesday. T

Swiss police said three women - a Swiss, a French, and an Italian - remain in the hospital, with one of them still in critical condition. Other surviving members ot the group were suffering from "mild hypothermia."

According to first reports, the ski tourers had formed two groups - one of ten hikers including a mountain guide, the other of four - when they left the Cabanne des Dix at 2,928 meters on Sunday. The hikers, most of them women, included Swiss, German, Italian, Bulgarian and French nationals. They planned to follow the Serpentine classic route to the Vignettes mountain cabin where they intended to spend the night.

But as they reached the Pigne d'Arolla area the groups were engulfed in an unexpected storm with high winds, snow and extreme cold. They had to spend the night outside and by the time they were rescued, they were suffering from differing degrees of hypothermia.

On Tuesday, officials said all the victims' families have been notified.

Hiking through the mountains

An investigation has been initiated by the local authorities.

The hikers had been following a relatively well-followed route over the mountains first charted by walkers in the mid-19th century during the summer months between Chamonix in France and Zermatt in Switzerland. The route, with several variations, takes between a week and 12 days with overnight stops in mountain cabins and small inns and hotels.

Separately, authorities found the bodies of two more climbers further east in the mountain chain on Monday. Police said that the pair was aged 21 and 22.

Rescuers on the Matterhorn: Stretched to the Limit

The Jungfraujoch railway station is located at an altitude of almost 3,500 meters in the Swiss Alps. Its construction was a pioneering technical achievement. Find out why in part 5 of our series "Extreme Places."

Toblerone bars are still produced exclusively in Switzerland, but the world-renowned chocolate brand is planning an expansion. Under Swiss law, this change comes with a price.