Sweden heads to the polls on September 11 in an election that could see a once-shunned far-right populist party make significant inroads, and with the help of right-wing opposition parties, even dislodge the ruling left-wing Social Democrats from power.

"I'm quite concerned about the rise of the far-right parties in this election," said Nathalie Johansson, 35, an IT consultant based in Stockholm.

"Six months back, if you asked me what my main concern about the upcoming election was, I would have said it is how governments plan to address climate change. But right now, the far right's power is worrying many of us," she told DW.

The surging popularity of the anti-immigration nationalist Sweden Democrats, a party with neo-Nazi roots that first entered parliament 12 years ago, has shaken up the election.

While opinion polls put the Sweden Democrats at about 20%, well behind the Social Democrats, the election marks the first time that right-wing parties, the conservative, liberal and Christian-democratic parties, have said they are ready to govern with the support of the far right.

Jacob Funk Kirkegaard, senior fellow at the German Marshall Fund of the United States, however, told DW that while voters are concerned about recent opinion polls suggesting that the far-right Sweden Democrats are likely to become the second largest party, it isn't the biggest cause for concern.

"The real risk is that if either the left or right-wing parties fail to gain a majority, Sweden could face a prolonged period without a government and even announce a new election," he said.

The election this year comes at a critical moment for Sweden. The Nordic nation is currently wading through a hostile environment with Russia and, like the rest of Europe, is also trying to find solutions to tackle an energy and inflation crisis.

Kirkegaard explained that besides the rise of the far right, voters will be considering these aspects when they cast their ballots on Sunday.

"Rising inflation and the possible need to spend billions to bail out local utility companies is something voters will consider. Secondly, many people are also worried about crime in Sweden. The country has shot up the list of the most crime-infested countries in Europe in recent years, with gang warfare spreading from particularly troubled neighborhoods to a wide spectrum of Sweden's urban areas," he said. 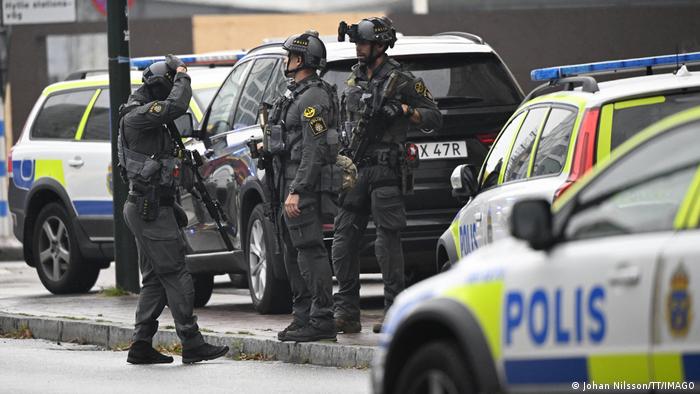 Ahead of the election, the Society, Opinion and Media Institute at Gothenburg University released a report stating that since polling began, 41% of Swedish voters had said crime was their biggest concern, reported the Reuters news agency.

One voter who asked to remain anonymous told DW that while the increasing rates of crime in her country are worrisome, she's more concerned about how certain political parties have been linking the rise in crime to the rise in immigration.

"In my opinion, it should be linked to failures in integration and the lack of good policies and interventions in the country," she said.

Sweden has been among the most open and pro-immigration countries in Europe. But according to Kirkegaard, this election could see it pivot toward a far more restrictive policy on immigration, mirroring restrictions in neighboring Denmark and other EU countries.

"Immigration has been a major political push factor for the far-right Sweden Democrats," he told DW.

At an election rally in mid-August, the leader of the right-wing populist Sweden Democrats party Jimmie Akesson said, "A great many Swedes are immensely tired of immigration, of crime, of the electricity prices."

Back in April, Swedish Prime Minister Magdalena Andersson also told a news conference that the failure to integrate immigrants over the past 20 years had instigated gang violence and crime in the country.

Jonna Mannberg, head of the board of Refugees Welcome Stockholm, a volunteer organization focused on helping displaced people in Sweden, expressed concern about such rhetoric being used by Swedish politicians.

"We've seen elected officials and political parties use populistic language in this election to paint a picture of systemic failure, which they state largely has to do with taking in many refugees. This is far from the truth," she told DW.

"What we believe to be one of the biggest threats to our democracy are the legislations which abuse the human rights of people seeking refuge in Sweden," she added.

But Maanberg explained how over the past few years asylum-seekers have been ostracized in society and some of them have also begun moving to other countries because of Sweden's strict immigration policy.

"This election, however the results turn out, will probably further diminish their rights," said Mannberg.

Earlier this year, Sweden also dispensed with 200 years of military neutrality and submitted its application to join NATO — a move some young people have been uneasy about.

Yet Kirkegaard explained that this would not influence the upcoming election.

"The country is already firmly committed to Ukraine and its NATO entry has been supported by all centrist parties and a large majority of Swedes," he said. 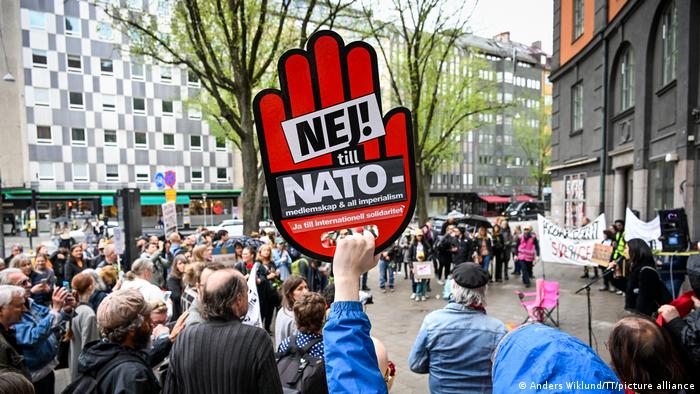 Alice Bah Kuhnke, a member of the European Parliament belonging to the Swedish Green Party, expressed a similar view.

"I've spent the last couple of weeks campaigning all across the country and I saw that most voters have digested the fact that Sweden is applying to be a member of NATO. So I don't see this aspect influencing the elections at all," she told DW.

"I found most of them to be concerned about climate change, crime and how a strict immigration policy would instigate racism in the country. These are also issues affecting the rest of the EU and countries around the world.

"What is at stake right now is how Sweden will elect the right political party to form a government which will address these issues and also help the rest of the world in doing so. This is important for the future of young people around the world," she said.

It's a tight race to the finish between Sweden's left and right political blocs in parliamentary elections. The exit poll has a margin of error, and the final outcome will only be revealed once each vote is tallied.