Italy are in danger of missing the World Cup for the first time in 60 years after they lost in the first leg of their playoff with Sweden. Elsewhere, Senegal became the third African nation to qualify for Russia 2018. 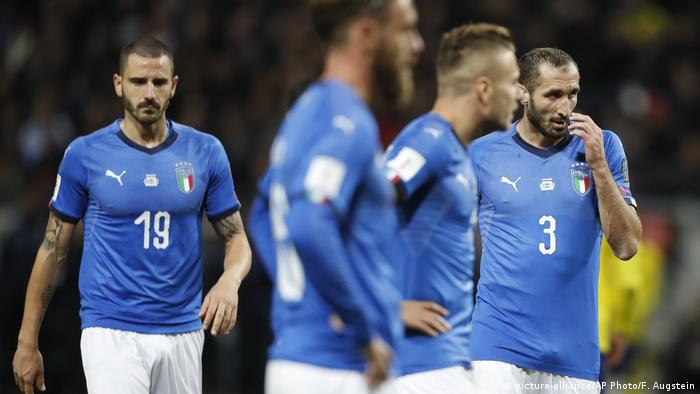 Italy's hopes of qualifying for a 15th straight World Cup hang in the balance after Sweden edged closer to qualification courtesy of a narrow 1-0 win in the playoff first leg.

In an absorbing encounter, Jakob Johansson scored the only goal of the game just four minutes after coming off the bench when his deflected effort beat Gianluigi Buffon.

Italy's Andrea Belotti and Ola Toivonen of Sweden both squandered early chances in the first half before Johansson opened the scoring. Italy came close to equalizing when Matteo Darmian hit the post, but couldn't level the scores before the final whistle.

The return leg will take place in Milan on Monday and Italy will be without playmaker Marco Verratti, who will serve a one-game ban after picking up a booking in Solna.

Senegal became the third African nation to qualify for the 2018 FIFA World Cup after beating South Africa 2-0 to clinch top spot in Group D. It will only be the second time the African nation have featured at the World Cup having been a part of the 2002 iteration in Japan and South Korea.

West Ham striker Diafra Sakho broke the deadlock with just 12 minutes played before the visitors doubled their advantage when Thamsanqa Mkhize turned the ball into his net seven minutes before the break in Polokwane.

Friday's match was a replay after South Africa had beaten Senegal 2-1 at the same venue a year ago, only for FIFA to find that the outcome had been manipulated by Ghanian referee Joseph Lamptey, who has since been handed a life ban.