Coronavirus ban: Anger in Sweden at Danish double standards | Europe| News and current affairs from around the continent | DW | 01.07.2020

Swedes are frustrated that they've been singled out as the bad boy of the Nordic countries. While Danish tourists and home owners are flooding into Sweden, their Swedish counterparts are left to stew in their own juices. 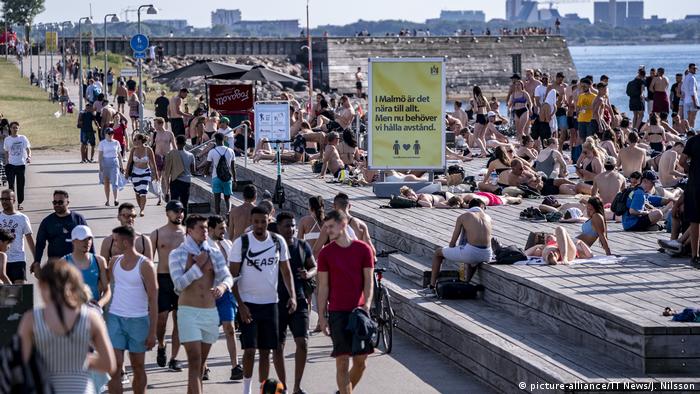 "It would be two or three times as expensive [to buy a home] in Denmark," Kirsten, a  Dane from Copenhagen, explains as we sip coffee on the terrace of her wooden holiday cottage in the middle of the popular Swedish holiday district of Osterlen.

Out front there's a greenhouse, a kitchen garden ringed with a high metal fence to keep out the deer and wild boar, a well-tended lawn, and then the woods.

"We come here all year round, so it's not just a summer house for us," she says of her and her husband, who is chief financial officer at a Danish company.

Since Denmark closed its borders to most people coming from Sweden on March 13, the couple have continued to leave Copenhagen on Friday and drive across the Oresund Bridge and then through Skane to their beloved getaway, returning on Sunday night.

This is despite the fact that Denmark has throughout this time recommended against all but "strictly necessary" travel to Sweden, and called on those who travel anyway to go into quarantine for 14 days on their return. 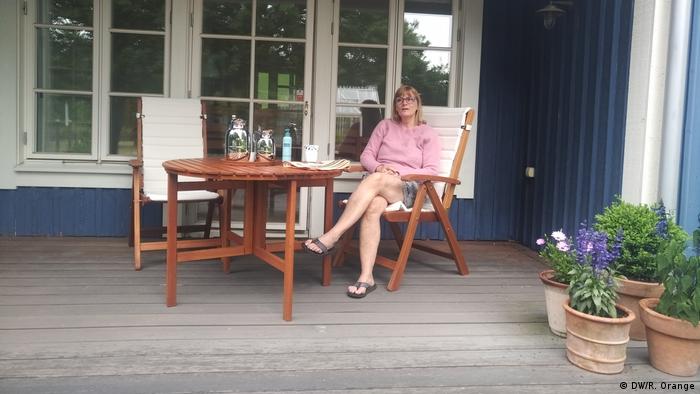 "It's only a recommendation and we chose not to follow the government's recommendation because we thought we have important things to do here and we don't socialize with our neighbors at this moment," she explains. "So we get out of Copenhagen and we stay at our own house and in our garden and don't talk to anyone. So we're even safer here than in Copenhagen."

According to Niels Paarup-Petersen, an MP in Malmo for the liberal Centre Party, who has been campaigning for Denmark to allow people from southern Sweden to cross the border again, Kirsten is far from alone.

"People are getting more and more pissed off about the fact that the Danes are coming here to Sweden in their multitudes, whereas Swedes aren't allowed to go to Denmark," he complains.

Over the last week, this irritation has been compounded by mixed signals about whether people from Skane, the Swedish county next to Denmark, can come to Denmark.

Police in North Zealand on the Danish island of Zealand tweeted on Friday that people from the southern counties of Skane, Halland and Blekinge, would be able to come to Denmark, without needing to test negative beforehand.

But it only took a few hours after the ferries across the Oresund Straits started up again on Saturday morning before police began turning Swedes back, and the Danish government reiterated that travelers would need to show a negative coronavirus test taken within the last 72 hours.

Sweden left out in the cold

The justification is that Sweden — which unlike Denmark did not close schools, bars, restaurants, cafes, shopping malls, or sports clubs when the pandemic hit — has a much higher number of people testing positive for COVID-19.

In its most recent assessment, Denmark's infectious diseases agency, SSI, judged that on average 67 people in Sweden had tested positive for coronavirus per 100,000 inhabitants in the preceding week.

That's a long way from the 20 person per 100,000 threshold Denmark wants countries to be below before their citizens enter the country for leisure purposes. 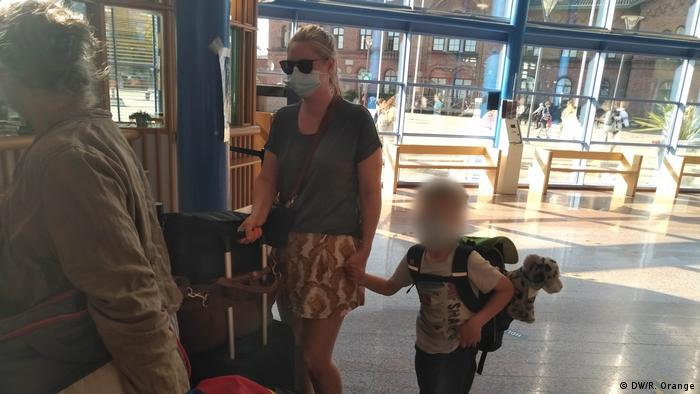 Denmark has opened up to tourists from all the other Nordic countries, except Sweden

At the ferry terminal in the city of Ystad in Swedens southeast corner, cars with Danish number plates queue up after their hour-long trip across Sweden from Copenhagen on their way to the Danish island of Bornholm.

At the kebab stand outside the ferry terminal, one of the locals, Armin, says he feels no resentment. "I don't particularly find it unfair. But the thing is, I think it should be open," he says. "Closing down countries just because of the current situation in the world, in my opinion, is taking it one step too far."

A group of students cycle onto the ferry after taking the train across southern Sweden. One, called Jakob, says they aren't worried about getting infected. "The numbers are pretty low in this area."

Christian, who is returning home to Bornholm after visiting a friend in Lund for a couple of days, is unaware even that he has been breaking Denmark's recommendations.

"I was just casually hanging out, being sociable, because I was not sociable for three months because of the coronavirus, so I needed some human contact," he says. 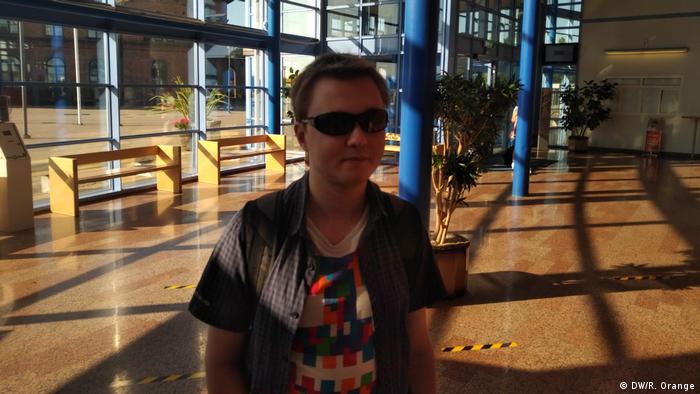 He understands however why Sweden had been singled out. "All of the Scandinavian countries think that Sweden is the worst, because they were just open while the other countries were in lockdown and trying to take control of the situation."

But he says that people in Denmark are also becoming careless. "People don't listen to the rules, and on the trains and the buses there is very little care about coronavirus any more. It's like the pandemic's over and everything's open."

Mia and Rune are taking the ferry to holiday in Bornholm rather than visiting their summer house on the east coast of Sweden's Smaland province, as they have decided to follow the Danish government's recommendations.

"I have to follow the orders from Denmark, of course, but I think it's kind of funny that I can go to Bornholm, but I cannot go to my summer house in Sweden which is out in the countryside," she said. "It's kind of sad, because I love being there."

"It's a little silly," her husband chips in. "If we can go the other way, they should be able to go our way as well."