Germany suspects 42-year-old Sami A. of working as a bodyguard to late al-Qaida leader Osama bin Laden. A German court wants him to return from Tunisia after ruling his deportation was illegal. 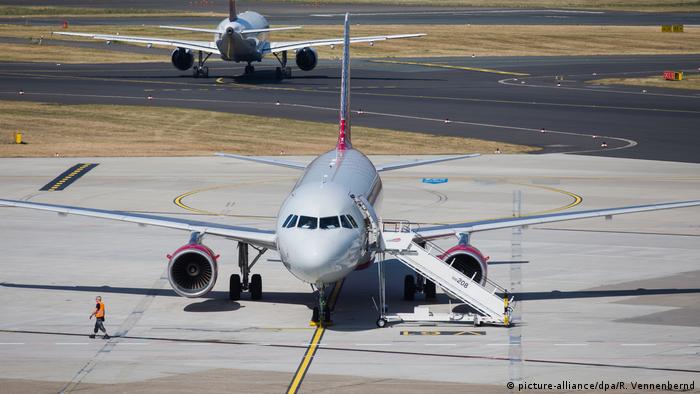 Tunisian authorities said on Saturday they do not plan to return a suspected Islamist to Germany after a German court ruled authorities had wrongly deported the man to his native country.

"We have a sovereign justice system that is investigating him," a spokesman from Tunisia's anti-terrorism office told German news agency DPA. German authorities would have to wait until the investigation into Sami A.'s alleged terrorist ties had ended, he added.

The 42-year-old Sami was arrested in Tunisia on Friday morning after German police deported him in a chartered airplane from the western city of Dusseldorf.

The court has since ordered for Sami to be returned to Germany, sparking anger among some German politicians and officials involved in the case. The German state and city where Sami lived prior to his deportation – North Rhine-Westphalia and Bochum – plan to appeal the court's ruling.

Tunisia has said it has not yet received a return request from Germany.

German authorities suspect Sami A., who first came to Germany in 1997 as a student, received military training in Afghanistan from al-Qaida, the Islamist group responsible for carrying out the September 11, 2001 terrorist attacks in the United States. During his training, he allegedly worked as a bodyguard to the late al-Qaida leader Osama bin-Laden.

Authorities also accuse Sami of spreading Islamist teachings as a Salafist preacher since he returned to Germany after the 2001 attacks. He is believed to have been part of Salafist and jihadist networks as late as 2015, according to an official report seen by German weekly Focus.

A criminal investigation into the allegations ended without charges amid a lack of evidence.