Surviving one of the world's harshest habitats

Extremely hot and dry, deserts are still home to several life forms. And, despite desertification threatening fertile land, dust and sand from the Sahara can help sustain life and supply nutrients to the faraway Amazon. 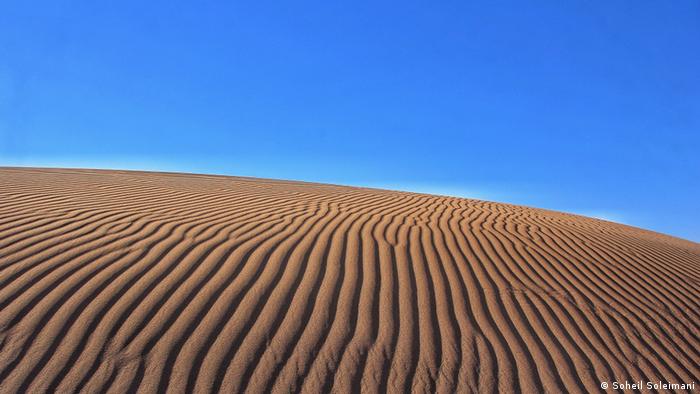 Deserts are the ultimate border areas. Here, the earth appears like a whole other planet – vast, dry areas marked by stony or sandy arid landscapes. Given their physical geological characteristics, deserts can seem like extremely harsh environments.

During the day, temperatures can climb up to over 46 degrees Celsius and plunge to below freezing at night. It’s a place of stark contrasts and at the same time, life and death are so intertwined that it’s sometimes difficult to distinguish between the two. A few plants and animals in the desert can switch to a death-like state for weeks and sometimes even months or years and can spring back to life once the first rains arrive. But, for the most part, much of life on Earth tends to avoid the desert.

Whether sandy or stony, deserts cover about a third of the earth’s surface. On average, every square meter gets less than 250 liters of precipitation each year. That’s less than a third of the rain that falls on a city the size of Rome. Add to it dry soil, low ground water levels and definitely nothing like the river Tiber that flows through the Italian capital. 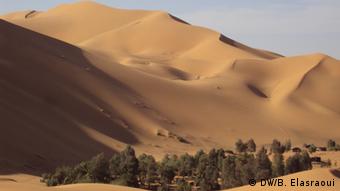 Water is a prerequisite for life in the desert

That means brute, dogged adaptation skills are needed to survive in the desert. That goes for humans, animals as well as for plants. And that adaptation takes time. Often, a lot of time. Over centuries, people have built up community structures to ensure their survival in the desert. Animals and plants have evolved over centuries to adapt to arid landscapes. And of course, all life forms need access to water to stay alive. Those who cannot deal with the resource efficiently stand little chance in the desert.

Underground water-trapping rock layers supply natural oasis or wells built by humans. These underground water sources are a central hub for many people like in the Hanabou oasis in Morocco. Even large mammals like elephants or black rhinos rely on waterholes.

Smaller animals such as the spike buck, a type of antelope found in Namibia, don’t need to drink water at all – the water content in their food often meets their needs. And some types of beetles use their bodies to catch the water droplets from morning dew. And if that doesn’t work, tiny creatures like the tardigrade – commonly known as water bear or moss piglet – can survive like a freeze-dried powder by entering a completely dehydrated, hibernation-like state where it loses much of its body moisture. In this desiccated condition, it can survive the incredible desert heat and dryness and spring back to life when rehydrated.

Plants, of course, can’t walk to water sources. But they can grow there. Deep roots help to latch on to and tap water-rich rock layers. The record-holder here is probably the Mesquite tree in the desert areas of North America. With its long roots, it can reach water reservoirs at a depth of more than 50 meters. And if nothing else works, there’s always the rare rain. A few cacti can retain thousands of liters of water and can survive for months or years without precipitation because they’re good at preserving water and using it sparingly. Their skin can hold a lot of water and their waxy surface prevents it from evaporating. 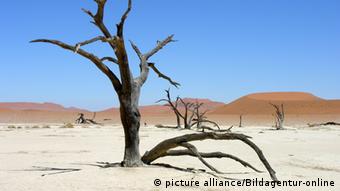 Hardly anything grows in areas where deserts spread

But, it’s not just hardy plants and animals that have to grapple with the harsh desert but also increasingly humans. In a comprehensive report in 2005, the UNEP estimated that around two billion people around the world live in arid areas. Around a fifth of these regions have already been degraded and turned into desert. Several hundred million people live in areas that have been conquered by the desert or are threatened by it.

And it’s humans who are mainly to blame for growing desertification. Excessive use of land for farming has led to the disappearance of plants that can survive drought and heat. Without them, the ground becomes vulnerable and dries out. And, since infertile soil becomes loose, it’s easy for the wind to blow away soil particles. The result is completely barren ground on which nothing can grow, not even robust plants.

“For a long time, desertification was a phenomenon that was primarily seen as a natural sciences problem,” Mariam Akhtar-Schuster from DesertNet International, a leading network of international scientists who focus on arid areas, says. “But the realization that humans are mainly responsible for desertification has led to a focus on the social aspects of the problem, she adds. “That’s why any solution has to involve the local population.” 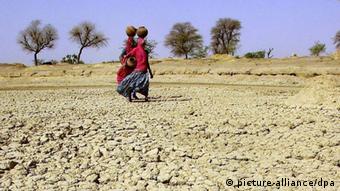 As one of the main drivers of desertification, humans have to be involved in any solution to combating the problem

And it needs to deal with a major source of their livelihood – agriculture. Sustainable farming is slowly gaining ground but it will take time to convince people and stakeholders of its benefits. Farmers need to switch to different crops and not overplant their fields. That can only work if the affected farmers are given concrete economic alternatives.

So, it’s not just the march of deserts that can be halted but in some cases the phenomenon of desertification can even be reversed. Rising temperatures have raised the pressure to find alternative crops and trees that can save water, grow quickly and help reduce soil erosion and stabilize the ground. That can even work right in the middle of the desert. And it doesn’t even need huge amounts of water.

The role of climate change 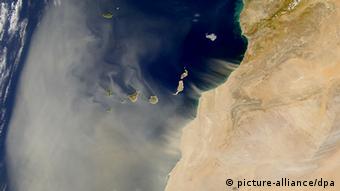 When Sahara desert dust is blown halfway around the world, it's good news for some parts of the planet

Measures like this are set to become all the more important in the future because global warming has already led to rising temperatures, longer droughts and irregular precipitation in the world’s arid regions.

It’s difficult to know how far climate change alone is driving desertification. But what is clear is that it’s certainly worsening the phenomenon primarily caused by human activity.

Though deserts are undoubtedly tough, harsh places to survive in, their impact on the rest of the planet isn’t always negative. Hundreds of millions of tons of sand and dust from the Sahara desert are carried by the wind into the atmosphere and over the Atlantic Ocean where it helps sustain life and help distribute nutrients including phosphorus and nitrogen to phytoplankton.

The rest of it is blown further on to South America. There, it serves as one of the most important suppliers of minerals and nutrients to the Amazon rainforest, the world’s green lung.