Surveillance footage has confirmed that Tunisian suspect Anis Amri was in Lyon, France one day before he was shot dead in Milan, Italy. Officials are now probing how he entered France following the deadly truck attack. 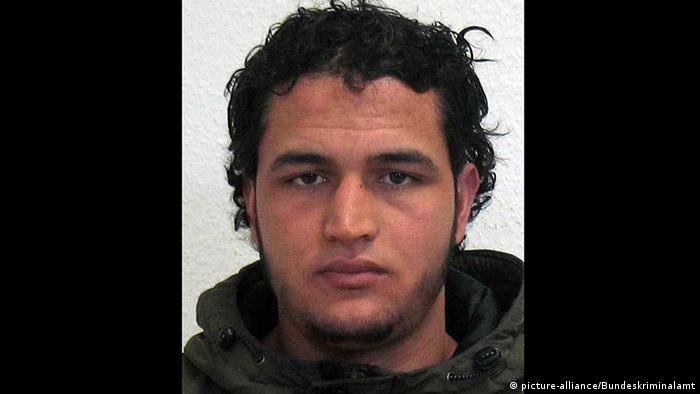 Anis Amri, the suspect behind the Berlin truck attack that killed 12 people at a Christmas market last week, appears to have traveled through France as he fled to Italy, French investigators said on Monday.

"A man corresponding to the killer was spotted on the afternoon of Thursday, December 22, on a platform at the (Lyon-Part-Dieu) station wearing a cap and backpack," one source close to the investigation told news agency AFP.

"He appears alone in these images."

Officials believe he purchased a ticket for Chambery, France while at the Lyon station, a judicial source told Reuters news agency. Chambery is located between Lyon and the Italian border.

Amri was killed one day later in Milan, Italy after he shot a policeman who asked for his identification papers.

Prior to confirmation from investigators, French broadcaster BFMTV and other media reported on the findings, saying Amri made a detour from Germany into France following the attack.

French investigators are still working to determine how Amri was able to escape from the German capital to reach France and then Italy. German authorities, meanwhile, are probing whether Amri had help before or after the attack.

Amri was the focus of a four-day, Europe-wide manhunt is suspected of hijacking a truck and driving it into a crowded Berlin Christmas market last Monday. The attack killed 12 people and wounded 48 more.

The militant "Islamic State" (IS) group claimed responsibility for the attack, releasing a video on Friday in which Amri is shown pledging allegiance to IS head Abu Bakr al-Baghdadi.

German authorities had previously investigated Amri for possible ties to terrorism and had been seeking to deport the rejected asylum-seeker.

The Polish driver of the hijacked truck, Lukasz Urban, was shot hours before the attack, according to a report from the German tabloid "Bild" on Monday.

The 37-year-old truck driver was found shot and stabbed in the cab of his truck, prompting speculation that he had grabbed the steering wheel from Amri and averted a worse bloodbath.

An autopsy revealed that Urban was shot in the head on December 19 between 4:30 p.m. and 5:30 p.m. while the attack took place shortly after 8:00 p.m., "Bild" reported. Doctors concluded it would not have been possible for Urban to grab the steering wheel away from Amri.

The paper added that it is possible the Polish driver could have been wounded but alive at the time of the attack.

Urban had been reportedly waiting to unload his steel-laden truck at a Berlin warehouse when it was hijacked. He had a wife and a teenaged son.

CSU calls for expansion of police powers after Berlin attack

Authorities are investigating whether the main suspect behind the Berlin terror attack has links to an Iraqi preacher based in Germany named Abu Walaa. DW takes a closer look at the so-called "preacher without a face." (24.12.2016)