Super Tuesday could weed out also-ran candidates | World | Breaking news and perspectives from around the globe | DW | 01.03.2016

To stop frontrunners Donald Trump and Hillary Clinton from effectively sealing the nomination, their competitors must rack up some victories on Super Tuesday. Michael Knigge examines what's at stake. 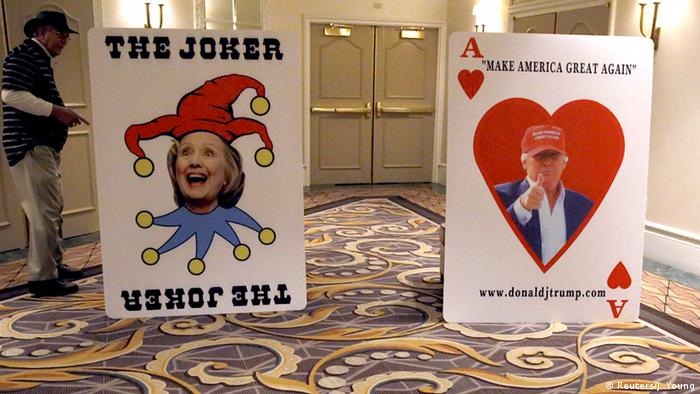 In the four previous Democratic primaries and caucuses combined, 186 delegates were up for grabs, small fry compared to the 880 delegates up on Super Tuesday - more than one third of Democratic delegates needed to clinch the nomination.

On the Republican side the potential delegate haul on Super Tuesday is even larger. In the previous Republican primaries and caucuses 133 delegates could be secured, a number that pales in comparison to the 595 delegates up on Tuesday - almost half of the delegate votes needed to win the nomination.

That scenario means that if frontrunners Donald Trump and Hillary Clinton score big wins in or even sweep most states, as they are projected to do by most pollsters, both primaries could effectively be over come Wednesday.

To be sure, for Trump, the proportional delegate split among a still comparably large Republican field may prevent him from sealing the nomination outright and keep open the possibility that Rubio or Cruz could end up as the Republican candidate.

"But it will be extremely hard given the numbers he has accumulated and the momentum this would generate," Julian Zelizer, professor of history and public affairs at Princeton University, told DW. "It would demoralize the supporters of others."

The Democratic race between Hillary Clinton and Bernie Sanders, meanwhile, could be all over after Super Tuesday. "Something drastic will have to change for Sanders to make any real headway," Stella Rouse, director of the Center for American Politics and Citizenship at the University of Maryland, told DW. 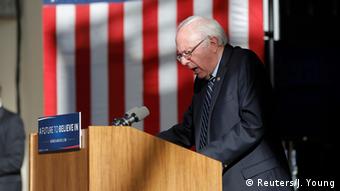 Sanders needs to rally quickly from his defeat

"My prediction is that Clinton effectively sews things up on the Democratic side, handily winning every Southern state on the strength of her African-American support," noted Matthew Wilson, a US elections expert at Southern Methodist University in Dallas.

Sanders, Wilson told DW, has still not proven that he can garner significant support from black voters - "and you can't win in today's Democratic Party without African Americans in your coalition."

Super Tuesday then could be Sanders' last chance to halt Clinton's march toward the Democratic nomination. "If Bernie Sanders cannot achieve a number of solid victories to bring up his delegate count I think that his campaign would then be on its final legs," said Zelizer.

Decisive victories by Trump and Clinton would not only increase the perception of inevitability of their nomination, but also provide them with important bragging rights.

Since the make-up of the 12 states that vote on Super Tuesday is very diverse - different regions of the country with very different racial, religious, and economic compositions - it "would allow a big winner to claim a broad national mandate within his or her party," said Wilson.

But even if Trump and Clinton rack up impressive wins, that does not mean that the presidential race is in danger of getting dull anytime soon.

That's because even if Clinton wins her party's presidential contest, it is not at all certain as to whether she can translate that win into a general election race. To ascertain her nation-wide viability, observers should pay attention to how well she fares with white voters. "If she is consistently losing white voters to Sanders," said Wilson, "as she has in every state so far, that may signal some trouble down the road in the general election." 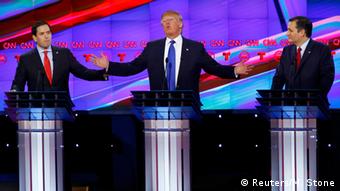 It's not looking good for the outsiders

As for the Republican side, in order to stay in the race both Cruz and Rubio must convince supporters that they still have a chance to stop Trump. "This means Cruz needs to win Texas and do well in some other states," said Rouse. "Rubio's path to continuing is a lot less clear. He is not favored in any Super Tuesday state and is not favored in his own state of Florida on March 15."

Opinion: Was South Carolina it for Democrat Sanders?

After Hillary Clinton's victory in the South Carolina primary, she should be treated as the front-runner for the Democratic Party's nomination. Bernie Sanders must stop attacking Clinton, DW's Ines Pohl writes. (28.02.2016)